Can the Racial Justice Act Change the Practice of Picking All-White Juries in North Carolina? 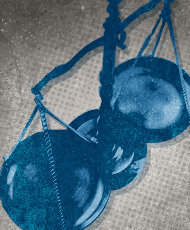 Last week, five North Carolina death row inmates filed motions seeking to have their death sentences vacated under North Carolina's new Racial Justice Act (RJA), a law that allows death row inmates to use statistics to show that race played a role in their cases. Buried in the fine print of the inmates' motions is a story worthy of its own headline: a new study by researchers from Michigan State University (MSU) found that prosecutors in North Carolina removed qualified African-American jurors at more than twice the rate that they removed all other jurors.

The disturbing results of the MSU study are unfortunately not limited to North Carolina. A report issued by the Equal Justice Initiative of Alabama just last month documented racial discrimination in jury selection in death penalty cases across the South.

The country will be watching closely to see if North Carolina's law can remove the historically fused link between race and jury selection in capital cases. African-Americans were excluded historically from jury service first by laws directly prohibiting their participation, and later by poll taxes, property and literacy requirements. The racially based use of peremptory strikes is the on-going legacy of this history.

Kenneth Rouse's case will be one of the key tests of the new law's force. Rouse, one of the first five to file his motion, is one of 33 North Carolina death row inmates sentenced to death by all-white jury. One of the white jurors chosen by the prosecutor to serve on Rouse's jury routinely referred to African-Americans as "n-----s" and later stated that "bigotry" was influential in his decision to vote for death. In Rouse's county, the prosecution struck African-American jurors at almost three times the rate it struck all other jurors.

The RJA gives the North Carolina court the power to commute Rouse's death sentence to life based on the evidence of bias in jury selection in his case. The court's ruling could be the leap forwarded needed to finally prevent prosecutors from sending home African-American jurors.

(Originally posted to The Seminal.)