Imagine if you had agreed to host Thanksgiving dinner — but your relatives weren’t allowed to come to your house, or anywhere near it. This is the situation faced by many families living in public housing, including the plaintiffs in an ACLU and ACLU of Maryland lawsuit who challenged the Housing Authority of the City of Annapolis’s (HACA) policy of “banning” people it deems undesirable. Under the policy, anyone the housing authority designated as "detrimental to the overall quality of life for public housing residents" could be banned from HACA property for three years to life, with little to no recourse for being removed from the list.

Esther Sharps is a grandmother in her seventies whose children and grandchildren were banned from visiting her. Another client, Glenda Smith, has been raising her great-grandson Rico, because she was told that she would be evicted unless she agreed that Rico’s mother could not come on the property. In 2009, Esther, Glenda, and their family members, along with other Annapolis residents, sued the housing authority and the city, which enforced the “banning” policy by arresting guests who were on the banned list for trespassing.

On Friday, the plaintiffs announced a settlement agreement with both the housing authority and the city, bringing the case to an end. Under the settlement, the housing authority will put in place new policies that will allow residents to designate their friends and family as “invited guests.” Residents will no longer face threats of eviction for allowing their guests on the premises, and people who are banned will be able to invoke clear procedures for getting their names off of the banned list. Far fewer people will be on the banned list, and many of those currently on the list will be eligible for removal from the list..

The settlement is an important step towards ensuring that the people who live in public housing — many of whom are poor families of color — are entitled to the same rights as people who live in privately owned or rented housing. Homeowners take for granted that they alone control who comes into their homes. People living in public housing should not be subjected to arbitrary and invasive rules that deny them autonomy over the guest list in their homes and treat them and their family members like second-class citizens.

According to housing advocates, a large number of housing authorities around the country employ banning lists, aggressive use of trespassing arrests, and other heavy-handed methods to control who can visit friends and relatives, work, or volunteer on housing authority property. We hope the agreement reached in Annapolis will signal a new trend toward increased control and dignity for residents and their guests, no matter where they live. 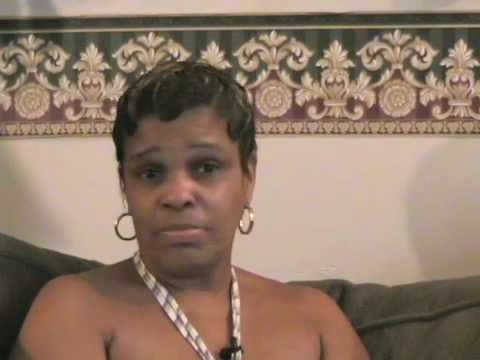 Ban Public Housing, this way anyone can come over to your house. So Move. Rules are rule if you accept free housing.

Edward Phillips must have read some other article, as he's certainly missed the point of this one!