Eric Holder to Announce Major Criminal Law Reforms on Monday. It's About Time this Administration Caught Up with the States. 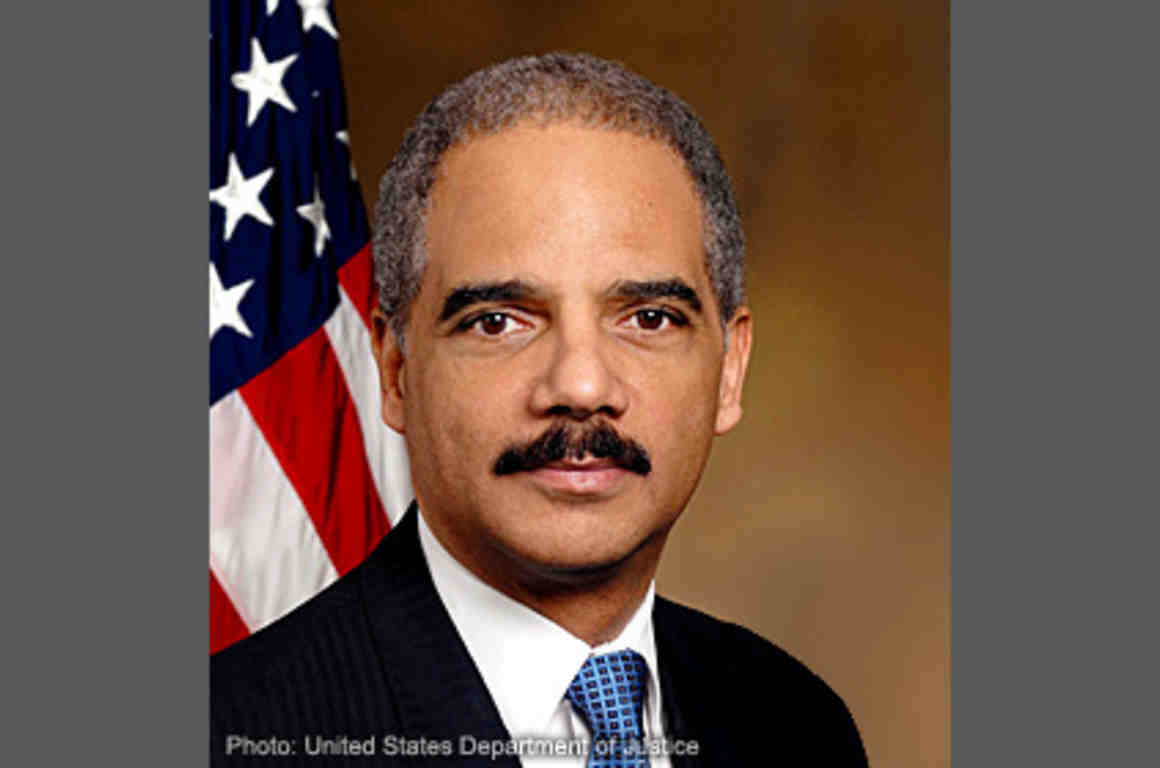 Next Monday, Eric Holder will give a speech that we expect to propose some major policy shifts in the federal sentencing and enforcement arena. As NPR reported this week, Holder's position is that "there are too many people in jail for too long, and for not necessarily good reasons." We could not agree more. Moreover, given the wave of criminal justice reforms we have seen cropping up in states around the country, now is the right time for the administration to get with the program and show some leadership in rolling back some pretty disastrous policies.

Over the past few years, state lawmakers have grown increasingly disenchanted with the results of extreme sentencing laws and broad criminalization of conduct instituted in the 1980's and 1990's. These results include 2.3 million people in prisons and jails, the fact that 1 in 4 adults now has a serious misdemeanor or felony on their record making it difficult to secure employment and housing, and the mind boggling price tag of over $70 billion dollars a year (not counting collateral costs).

During the recently-ended 2013 legislative session (see here for a session calendar), lawmakers took modest, promising steps to extract us from the mass incarceration trap. Here are the highlights:

As we observed earlier this year, this is one of the strongest trends in criminal justice reform. The public, policy makers, and opinion makers are growing increasingly averse to senselessly punitive enforcement of marijuana laws. CNN's Dr. Sanjay Gupta's recent reversal of his previously hostile stance against marijuana is the most recent high-profile about-face in this arena. State lawmakers are taking cues: marijuana reform bills were introduced in 30 states this session. Below are some of the most impressive developments.

Washington and Colorado set the tone for the session with historic marijuana legalization initiatives that passed last fall. The passage of these measures with strong public support gave a boost to the long-term efforts of advocates in other states pushing for more sensible policies. Meanwhile, as progress unfolds elsewhere, advocates are holding their breath as Colorado and Washington begin the complex task of implementing large new regulatory schemes under the shadow of an ambivalent federal position.

In Vermont, where support for marijuana reform became a major campaign issue in the Attorney General race, the legislature passed a decriminalization bill (where possession remains unlawful but punishable only by a civil fine) by a large majority. Decriminalization bills in Hawaii, Maryland, New Hampshire, and New Mexico each passed one legislative chamber and are likely to return next year. A New York bill to eliminate the "public view" exception to the state's decriminalization law, which the NYPD has notoriously exploited by commanding people to empty their pockets during police stops and then arresting them for displaying marijuana in public, made it through the Assembly but not the Senate. A recently-introduced decriminalization bill in the District of Columbia was co-sponsored by a majority of City Council members and stands a strong chance of passing this fall.

Illinois, Maryland, and New Hampshire each legalized marijuana for medical use, which brings the total number of medical marijuana states to 20, as well as D.C. (which just opened its first dispensary after years of foot dragging by the Mayor's office). Medical marijuana bills were introduced 16 other states; you can find more details about all of these bills at the Marijuana Policy Project's website.

Criminal justice trend-setter Colorado passed SB 250, a complete rewrite of the state's Controlled Substances Act (summary here). The bill creates a new drug classification and sentencing grid with reduced penalties, raises the threshold amounts that trigger higher penalties, allows felony drug convictions to be reduced to misdemeanors under certain conditions, and more. An analysis of the bill estimates that the bill could reduce prison admissions by five percent or more.

California's Senate passed SB 649, a "wobbler" bill giving prosecutors the discretion to charge any drug possession as a misdemeanor rather than a felony; the Assembly takes up the bill this fall. If the bill passes, California will join 13 other states and the District of Columbia in allowing misdemeanor charging in all drug possession cases. Alaska's Senate passed a bill to make possession of some drugs misdemeanors in all cases, but the House did not approve it.

And Louisiana passed Governor Jindal's bill to divert some defendants from prison and allow some prisoners to earn sentence reductions if they complete a drug treatment program.

Oregon advocates set their sights high this year with a bid to repeal mandatory minimums for Robbery II, Assault II, and Sexual Abuse I, which have become major incarceration drivers in the state. In the face of fierce opposition from district attorneys, bill supporters gave up the mandatory minimum reforms to ensure passage of the rest of the bill, which included modest drug and property crime reform while emphasizing community corrections (HB 3194), and is projected to avert future prison growth and costs.

Short of repeal, several states have taken up "safety valve" measures allowing judges to depart from mandatory minimums in special cases. Hawaii passed SB 68, creating a safety valve for certain lower-level felonies. Georgia passed HB 349, which creates a very limited safety valve for drug and other offenses. The recent publication by ALEC of a model safety valve bill for the states signals that we will see many more reforms like this next year.

Indiana overhauled its criminal code. The bill creates a new set of felony sentencing tiers, which if applied to felony convictions from 2008-2012 would have lowered the sentence range for over 80% of defendants. Hundreds of people would have been convicted of a misdemeanor instead of a felony. Missouri lawmakers introduced a similar code reform bill, which passed one chamber and could be revived next year.

This year's federal legislation has been particularly encouraging. Most notable is the Justice Safety Valve Act of 2013, which would allow federal judges to sentence defendants below the mandatory minimums in some cases. Introduced by Sens. Leahy (D-VT) and Paul (R-KY), the bill has attracted broad support, including The New York Times, Grover Norquist, and a group of 50 former prosecutors.

Additionally, last week saw the release of the Smarter Sentencing Act of 2013, which would reduce some federal mandatory minimum sentences, make a modest expansion to the safety valve provision (though continuing to exclude anyone previously incarcerated in prison for more than 13 months in the past 10 years), and make the 2010 Fair Sentencing Act applicable to persons sentenced before its enactment, which would reduce sentences for people convicted of crack cocaine offenses.

A significant percentage of policy makers are reaching a consensus that our system of criminal penalties is inefficient, ineffective, and destructive and are supporting bills to change that. The results of some past reforms are bearing fruit: 2012 was the third straight year that the total number of prisoners in the U.S. decreased, shaving 27,770 prisoners off the 2011 total of 1.59 million. But few states have attempted to tackle reforms on a scale that matches the magnitude of the problem. Eric Holder has the opportunity to show some needed leadership on Monday. We hope his speech includes concrete plans for reforms that will push the envelope.

The Coast Guard Destroyed Their Livelihoods. Will the Supreme Court Hear...

Can You Think of a Better Way to Spend $7.2 Billion Than Unnecessarily...