When You're in Prison No One Prepares You for Coming Home

In my memories of prison, there are no colors. It was a dark, cold, and gray place. Incarceration, for me, was defined by deprivation — not just deprivation of freedom, opportunity, and safety, but deprivation of the senses.

On the day of my release, I stepped off a bus at Port Authority and walked out into the world for the first time in 13 years. I remember feeling suddenly overwhelmed by the oranges, blues, reds, and neon greens of New York City streets. After so many years in a concrete box, I was finally free. That excitement, however, soon gave way to anxiety. What I remember most clearly from that day is the feeling of fear that I wouldn’t be able to make it.

I spent 13 years in prison, but no one started talking to me about my release until 90 days before I finished my sentence. During those conversations, the burden of responsibility was placed on me. I was asked where I would be living, the clinics and reentry programs I would be taking part in, but at no time was I given tools to do research about my options. 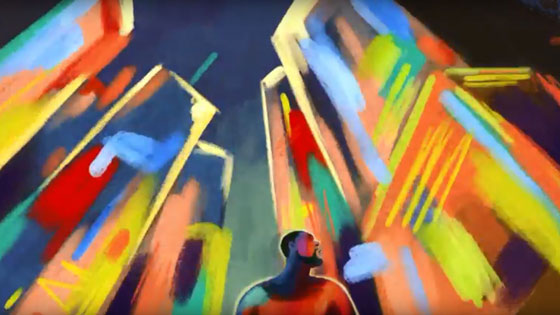 People serving time in prison were required to take part in certain rehabilitation and work programs, but the violent culture of prison completely undermined their effectiveness. If I was in a carpentry class and I had to worry about whether some guy was going to take the hammer and beat me over the head with it because I owed him two packs of cigarettes, I probably was not going to learn much.  If an anger management class was being taught by someone who I knew had gotten into a fight the previous week, the teacher was not going to fill me with confidence.

Despite the difficulties inherent in prison life, I was able to pursue my education, earning 30 college credits before my release. In the outside world, though, I had a difficult time proving my worth. No one wanted to hire someone with a criminal background, no matter my accomplishments in prison or my resolve to make a meaningful life for myself. In the six months that followed my release, I went to more than 50 job interviews. Every time, my criminal background acted as an automatic disqualifier. As a person with a record, I was constantly defined by the darkest chapter in my life. Anytime I tried to get ahead, I found myself having to answer for mistakes I made when I was teenager.

After months of job hunting, I finally landed at the Mental Health Project of the Urban Justice Center. For every other job I applied to, I had tried to hide my criminal record — it was like I was in the closet about it. But the problem with doing 13 years is that you can’t easily hide that time or shake those experiences. When I applied to the Mental Health Project, I led with the fact that I had a criminal background. I got the job right away. Now that I work with people who are going through the reentry process, my experiences trying to get back on my feet after incarceration are invaluable. Without the firsthand experience of incarceration and reentry, there’s no way I could be as effective in my work now.

Today I am an advocate to end mass incarceration and a voice for the formerly incarcerated. It is a backwards logic that has our society investing in locking young people up instead of creating opportunities for them or preparing them for life after prison. We need more investment in education and counseling for at-risk populations, including those who are currently or formerly incarcerated. I can never get back those 13 years, but I can make sure that young people in the future have better choices than I did.

Johnny Perez advocates against mass incarceration and to end solitary confinement as the Director of U.S. Prison Program for the National Religious Campaign Against Torture, and as a member of the NY Advisory Committee to The US Civil Rights Commission and the NYC Bar Association’s Correction and Reentry Committee.