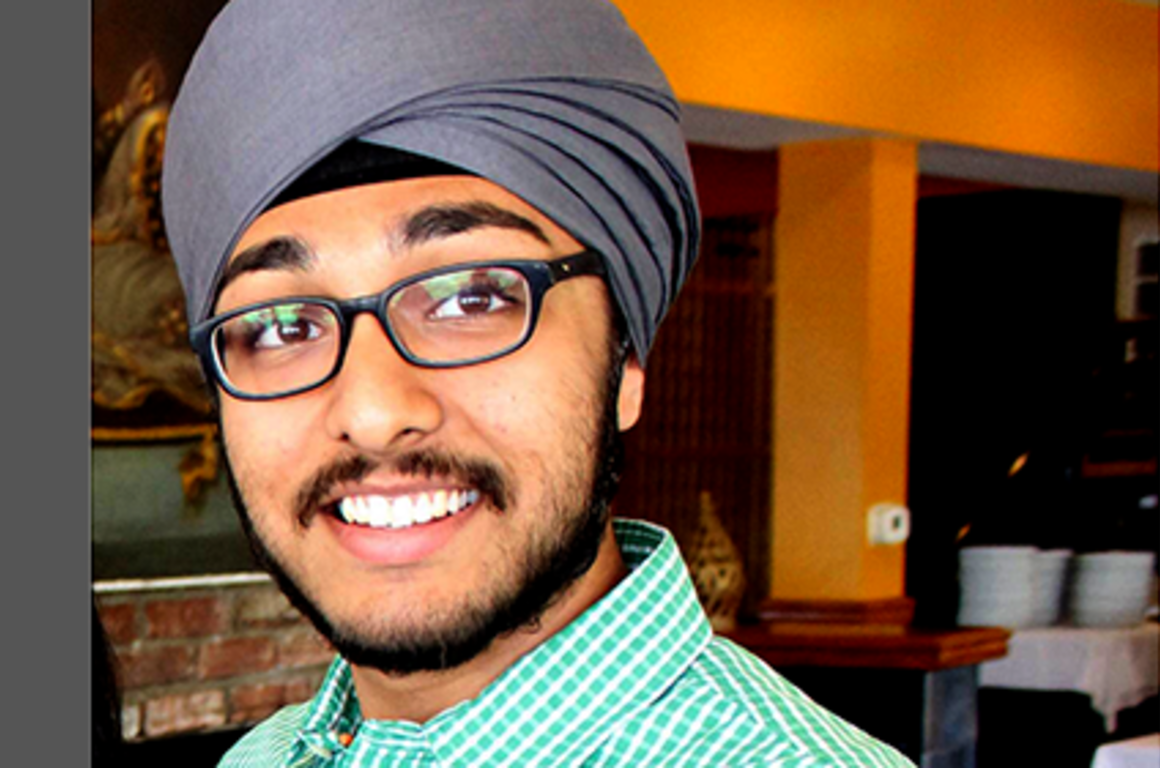 All my life, I've dreamed of serving my country.

But when I tried to enlist in the Reserve Officers' Training Corps (ROTC) program at Hofstra University, I was told I couldn't because of my religious beliefs. I follow the Sikh faith, which requires that I keep my hair long and wear a turban and beard. The ROTC recruiters said I would not be able to enlist unless I complied with all Army grooming and uniform rules, which would require me to immediately cut my hair, shave off my beard, and remove my turban.

I couldn't believe the military was asking me to make the impossible decision of choosing between the country I love and my faith.

Sikhs have had a long and rich tradition of military service in nations across the globe since World War I. Currently, we are allowed to serve in the armed forces of Canada, Great Britain, and India, among others. How is it possible that most Sikhs like me are prohibited from serving in the United States—a nation whose founding principle is religious freedom?

After learning that the Army had granted religious accommodations to several Sikhs and soldiers of other faiths, I decided to apply for one too, but my request was denied. The decision made little sense to me. In addition to religious accommodations that have been granted, the Army allows men to wear beards for medical reasons and wigs to cover baldness. Women may have long hair provided they keep it neat and out of the way. There is no indication that these existing grooming policies and accommodations have caused problems.

That's why I decided to file a lawsuit with the help of the ACLU and UNITED SIKHS. Religious beliefs and practices shouldn't prevent military service where, as in my case, they don't pose any risk to the military and they don't harm others.

In the aftermath of 9/11, many Sikhs were mistaken for Muslims. The Sikh turban and beard were equated with terrorism. Sikhs became the victims of the unfortunate and sad wave of anti-Muslim sentiment that swept many parts of the country, including a mass shooting at a Sikh temple in Wisconsin two years ago.

Barring us from serving in the military because of our religious practices helps reinforce these hurtful stereotypes. It is my hope that, when fellow Americans see Sikhs like me defending this great nation, the misperception of Sikhs being "terrorists" and "foreigners" will fade away. They will start judging Sikhs for who we are, based on our character, as opposed to how we look.

Many of my non-Sikh friends and peers have already joined the ROTC program or enlisted in various branches of the military. We had nurtured our dreams together to join the armed forces ever since we were little kids. I don't want to be left behind just because I'm adhering to the tenets of the faith I was born into.

Choosing between one's faith and serving one's country is a decision that no one should have to make.

A Mississippi City Blocked a Proposed Mosque Due to Anti-Muslim Prejudice, We...