The president of the United States is once again spreading unsubstantiated claims about rampant voter fraud and undermining faith in the integrity of our democracy. This time, he’s claiming that 95,000 noncitizens were registered to vote in Texas and more than half have actually voted. These numbers, he concluded, are “just the tip of the iceberg.”

Unsurprisingly, Trump’s tweets are in need of a serious fact-check. Here’s what is actually happening in Texas.

On Friday, the Texas secretary of state announced that he was sending local election officials a list of registered voters who had been flagged because, at some point, they purportedly had provided a document indicating they were a noncitizen — like a green card or work visa — while obtaining a driver’s license or ID card from the Texas Department of Public Safety. Among the people on the list, about 58,000 people may have cast a ballot in one or more elections from 1996-2018, according to the secretary of state.

Here’s the catch: Texas doesn’t actually know that the voters flagged are the same people who appear to be noncitizens. In fact, in its own advisory, the secretary of state’s office emphasized that all names were classified as “WEAK” matches, meaning that it is entirely up to the county whether or not they take action to purge these individuals from the rolls.

Even if they are accurate matches, Texas doesn’t know that the people are still noncitizens. Each year, between 52,000 and 63,000 Texans naturalize as U.S. citizens. Comparing current voter rolls with documents that people provided in the past, some more than 20 years ago, fails to account for people who became U.S. citizens at any time after they first obtained a state ID or driver’s license.

Texas driver licenses and ID cards also do not expire for a full six years after they are issued, so the odds are high that tens of thousands of people on the list of flagged voters are, in fact, eligible to vote. Given the flawed nature of this methodology, yesterday the ACLU of Texas and partners notified the Texas secretary of state that the advisory should be rescinded before any counties take action on it, and put all 254 counties in Texas on alert that they should not take action based on this advisory alone and must ensure that they do not act discriminatorily or infringe on the right to vote.

Unfortunately, these huge caveats did not stop Texas Attorney General Ken Paxton from tweeting out the news in all-caps, “VOTER FRAUD ALERT,” nor President Trump from declaring that “all over the country, especially in California, voter fraud is rampant.”

We’ve heard these types of claims before.

In 2012, the ACLU took on this issue in Florida when election authorities claimed to have identified around 180,000 noncitizens who were registered to vote. These numbers collapsed under scrutiny: The initial 180,000 estimate was whittled to 2,625 possible noncitizens on the rolls, just over 1 percent of the original claim. That list was also riddled with errors, and ultimately only 85 people were removed from the rolls, out of a total of about 12 million voters at the time.

In 2018, a Pennsylvania review of the state’s voter rolls found about 8,000 noncitizens on the rolls, a sizeable population. The culprit? A software glitch at the DMV that inadvertently registered individuals who had identified themselves as noncitizens. And as significant as that DMV error was, it ultimately implicated less than .01 percent of the eight million registered voters in the state.

The bottom line: Voter fraud is extremely rare. States using unreliable data to justify purges of eligible voters, however, is not. In fact, Texas has already begun walking back its claims, telling counties today that there are individuals who should not have been included on this list.

While Texas should be learning from the lessons of Florida and Pennsylvania, there are signs that they may be taking cues from Kansas instead. As reported by The Texas Tribune, the Texas Legislature may take up proposals this session to require voters to show proof of citizenship in order to register.

Kris Kobach, the former Kansas secretary of state and one of the leading proponents of the voter fraud myth, championed a law in 2013 that required people to show citizenship documents, like a passport or birth certificate, in order to register to vote. From 2013-2016, the law blocked more than 35,000 eligible Kansans from registering.

Kobach claimed the law was necessary to stop noncitizens voting, and yet at trial, he was only able to identify 39 noncitizens — out of 1.8 million Kansas voters — who registered to vote over a nearly 20-year period. He was not able to show that these instances constituted intentional cases of fraud, rather than mistakes stemming from clerical errors. Regardless, Kobach also claimed that these numbers represent “just the tip of the iceberg.”

If Texas is intent on following in Kobach’s failed footsteps, they should remember just that — it failed spectacularly.

Can you cite the instances of proven voter fraud that you complain about?

Please provide some proof of your claims. The electoral college is not doing their job. They are supposed to protect us from guys like Trump. Maybe its time to update our system.

No, it's not. How electors are apportioned is entirely up to the state. This is why two states are able to split their electors. Choosing to assign them all to the popular vote would be completely legal.

As far as voter fraud, did you bother to read the post? Every time Republicans have claimed voter fraud, not only has investigation shown no fraud, or one or two votes at most, Republicans have used it to strip the rights of legal voters. The few actual cases of election fraud are pretty much all examples of widespread ballot manipulation by Republican operatives.

I live in Texas and became a citizen early in 2018. I received one of these letters suggesting my registration status is under investigation. The letter indicates that if I don't provide certified information within 30 days my voter registration will be cancelled.
There are no instructions in the letter on how to provide this information. I don't believe the intent of this letter is to verify eligibility, but rather to remove the rights of recent citizens to vote.

I live in Texas and became a citizen early in 2018. I received one of these letters suggesting my registration status is under investigation. The letter indicates that if I don't provide certified information within 30 days my voter registration will be cancelled.
There are no instructions in the letter on how to provide this information. I don't believe the intent of this letter is to verify eligibility, but rather to remove the rights of recent citizens to vote.

ACLU is biased and one-sided. Real reporting is neutral.

No, real reporting is FACTUAL. Neutral assumes that there are two valid positions.
Given that facts are cited in this report, what actual fact-based citable evidence do you have that counters this?

If you're opposed to civil rights, of course you're going to find them biased.

Of course the ACLU is one-sided: the side of protecting fundamental Constitutional rights. There is no right more essential to our system of government than the right to vote. Everything else is built upon that. 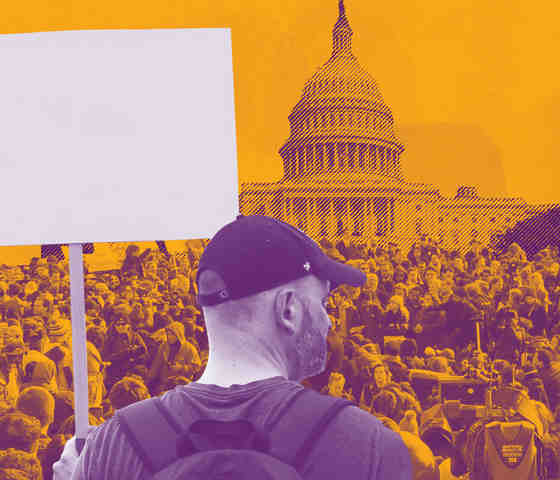