Last week, Doug Jones defeated former state judge Roy Moore in an upset victory. But Moore, who trails by over 21,000 votes and is currently ineligible for an automatic recount, has refused to concede the race.

Moore is now suggesting that he may have lost — due to voter fraud.

In an email to supporters, Moore urged supporters to donate to his “election integrity fund” because the “battle is NOT OVER!” Moore said that they were collecting “numerous reported cases of voter fraud” to send to Alabama Secretary of State John Merrill.

Merrill, however, told reporters that he has not received a single shred of evidence of voter fraud from Moore’s team or found any credible cases of voter fraud taking place. That, however, didn’t stop Moore from sending another fundraising email claiming that his “Election Integrity Program” has found “reports of potential voter fraud” from “all across the state.”

While it is obvious that Moore is grasping at straws, he is simply toeing the line from other politicians who similarly repeat the false claim that voter fraud continues to swing elections.

Donald Trump, for example, said that he only lost the national popular vote due to millions of illegal votes. While he has never provided any evidence to substantiate his fallacious claim, it did help prompt him to establish a national voter fraud commission to look into the matter.

Kansas Secretary of State Kris Kobach, who pushed the baseless assertion about the popular vote to Trump and has advocated for voter suppression policies across the country, was given a prime role leading the panel.

Study after study has shown that voter fraud is an extraordinarily rare occurrence, but the myth that it is a major factor in elections has been gaining popularity among Republican voters. Politicians peddle this lie because it gives them a justification for laws that make it more difficult for people to vote.

Just look at what is happening right now in New Hampshire.

When Kobach asserted that thousands of voters from out of state may have cast fraudulent votes to swing the election there to Hillary Clinton, his account was quickly debunked. Kobach misrepresented the state’s election law, but now there is an effort underway in New Hampshire to change the law to make it harder to vote.

Meanwhile, several online hoaxes claiming that Jones benefited from massive voter fraud have gone viral on social media. One conservative channel, One America News Network, even declared Moore to be the victor on Election Night and falsely claimed that “50 people had been caught” trying “to sneak into voting booths and vote illegally.”

When Moore and politicians like Trump and Kobach push the voter fraud myth, they work backwards to try to find any evidence that fraud is rampant, all the while offering lawmakers new and tenuous reasons to crack down on voting rights.

Conservatives have made "Voter Fraud" a cause celebre and because conservatives control many states legislative branches, it has resulted in restrictive voter laws. The solution is to prove or disprove voter fraud assertions. This can be easily accomplished by a random voter audit after an election has been completed. Selecting a small sample of voters after the election and examining if they voted legally would establish a confidence interval for the number of illegally cast ballots. This would not have to be done for every election but maybe for major ones or election that were narrowly decided. In any case, my expectation would be that audits such as these would support the studies that have shown that voter fraud is a rare occurrence. Whatever the outcome of these audits one way or the other, they would provide actual evidence of the number of fraudulent votes in an election.

Unfortunately, "proof or disproof" is not of any relevance to those making the claims. If previous studies won't convince them, then the next one won't, either. "Proof or disproof" is a scientific concept, and those on the far right (and, admittedly, occasionally those on the far left, but *they're* not trying to suppress the vote) go out of their way to cast doubt on science.

Illegal voting happens all the time on the local level. You think every County in the nation has secure electronic voting? Sorry people but no, almost if not more than half of Americans are still voting on paper and pencil ballots. I personally saw 300 extra ballots added for Trump in my County via the paper ballots. I myself voted twice for him, once in my own county and once in another.

So look again, it’s happening, how do you think he won.

He is a disgrace.

"When you ain't got nothin', pull what you can out of your butt and call it a tool" , that seems to be their game plan.

why not ? they would do a better job than those running our country now !

The evidence for voter fraud is overwhelming. Why do democrats insist on willful ignorance. You simply dismiss it as a myth, when there are cold, hard, facts to support the claim. You do no one service when you choose a narrative over facts. 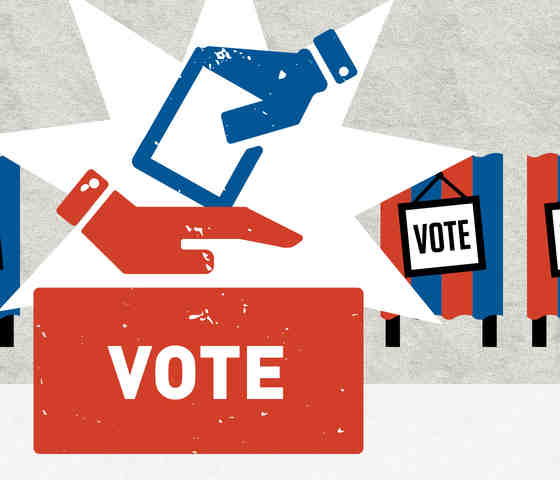