I always wanted to be a police officer. Helping people has been my main goal in life, and it’s why I wanted to become an officer. I was never prouder than the day I graduated from the police academy.

I’ve worked as a patrol officer for the Frankfort Police Department in Illinois for 14 years, and the department felt like a home and a family. I even met my husband Joel on the job. When we got married, we immediately wanted to start a family. We had to try for a few years to have a child. When I found out I was pregnant, I was overwhelmed with excitement.

I told my chief about my pregnancy in January 2016, when I was 12 weeks along. I had a healthy pregnancy and told him that I could still work without restrictions, but I wanted to discuss possible accommodations for when my pregnancy progressed to the point that I could not safely patrol the streets. I thought the department would have a policy in place to accommodate pregnant officers, but I was wrong. As one of just three female officers in the department, and the first officer to become pregnant while working patrol, I was in for a rude awakening.

I thought the department would have a policy in place to accommodate pregnant officers, but I was wrong.

It turns out my chief wouldn’t even discuss it. He told me that the department only gave accommodations to officers injured on the job, and it only had to treat me the same as someone who broke her leg off-duty.

But pregnancy isn’t an injury. It’s a normal part of life. I wanted to work. I felt I could contribute to the department with nonpatrol work, like conducting witness interviews and helping with crime prevention outreach. But there was no flexibility. The department didn’t want me.

It got worse — in both big and small ways.

The department denied me maternity uniforms or properly fitting body armor that would allow me to patrol safely. I was even refused permission to move items from my patrol belt to other pockets to relieve the strain on my abdomen. As my pregnancy progressed, I had to worry about whether I could still button my uniform or whether my bulletproof vest would pop open at any time with only the slightest movement. I felt like I had to choose the safety of my baby and myself over my paycheck.

When I was five months pregnant, my doctor gave me a note recommending that I switch to clerical work. As soon as I gave that note to my department, I was told to go home. I was forced off the job onto unpaid leave for the rest of my pregnancy until after I had my baby and was ready to return to work. To compensate for my lost wages during those roughly seven months, I had to use all of my paid benefit time and draw on my pension early — and even then I received only half pay.

I had a healthy baby boy and returned to work when he was about 10 weeks old. But then the retaliation started. I was threatened with unwarranted discipline, faced delays trying to get the proper equipment and uniform I needed to do my work, and got push-back when I took breaks to pump breast milk.

I love my job and my department. The decision to file a lawsuit was very hard for me, but I knew I had to fight back and take a stand. I don't want another woman on the Frankfort police force, or any other force, to have to experience what I’ve gone through.

My town broke federal and state law, and its policy needs to change so that pregnancy doesn’t cost officers their paychecks.

Thank you for taking a stand. It's incredible that a police department, which should know the laws, broke them in such a flagrant way.

Sadly, it's extremely common for police departments to be the worst gangs of criminals in the entire city. We have to do something about this. :-(

Why did you not ask the department to raise your child?

You are a dinosaur and a rectal sphincter.

So this woman realized her lifelong dream to be a police officer. Then she realized her dream to have a family. But, having gotten everything she wanted in life so far, now she's angry that she can't have it all at the same time (at the public's expense).

I know the law, but it's wrong. If you make a choice to do something that will make it impossible for you to do your job for 12 weeks you shouldn't be entitled to some special consideration when you want to come back. The ACLU is on the wrong side on this one.

The ACLU is on the side of the law. You are not.
You seem to think a woman can only have a job or a family. Not both. You are wrong. Get used to be corrected, as society is only going to accommodate more women since they are not "auxillary" people but have rights as equals. They do plenty of things that men are unable to do like empathize with others.

You're coming at this woman as if she is the most entitled/ narcissistic person in the world, when at the core of all this she just wants to serve her country while experiencing normal life events. If you read the article, you would see that she was able to work normally for 12 weeks, and only wanted desk duty/ clerical work when it became a hazard to her health/the health of her baby/ and in turn - the safety of her fellow officers. None of that sounds anything like someone leaching government money, but rather a woman dedicated to her occupation, town, fellow officers, and family.

All in all: Bruh, Please.

Wow, having a dream or achieving them has nothing to do with discrimination. Either you envy this woman or just ignorant to the facts. From the look of thing you not a millionaire which mean it can happen to your family. I guess it’s ok for our taxes to pay for unwanted war all over the place, as an industrialized nati the US is among countries like Afghanistan as country where maternity is not guaranteed. Our ignorance as civilians further causing this to keep happening.

If women only have sex with other women, the problems of the world would go away very soon. 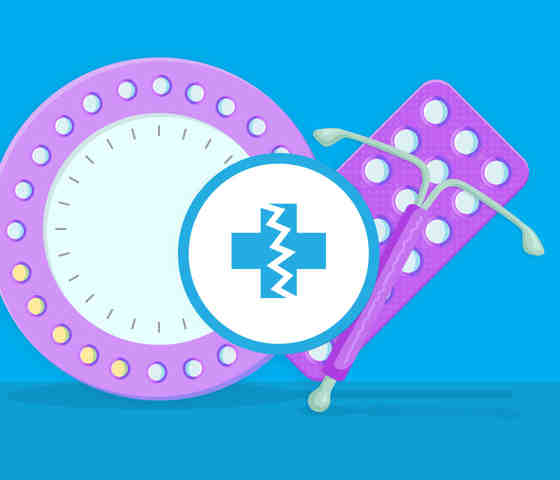