Ever since I can remember, wrestling has been a central part of my life and my identity. My brother started wrestling when I was a preschooler, and I joined him on the mat when I was five. My relationship with the sport has impacted so many other aspects of my life and development — it’s made me mentally tougher, physically stronger, and more resilient.

When I enrolled in college at the University of Michigan-Dearborn, the wrestling coach and the wrestlers, all of whom were men, warmly welcomed me because they knew I could help the team win. But right now, as the wrestling season begins, I have to sit on the bench the entire regular season — simply because I am a woman.

That’s because the National Collegiate Wrestling Association (NCWA), which governs club wrestling in college, has a discriminatory rule banning women from wrestling against men in either competitions or practice. Because there are no other women who wrestle in the entire Great Lakes Conference, the NCWA’s rule means I have no opportunity to compete during the entire regular season. The only time the NCWA allows me to wrestle is in the national championships at the very end of the year, where women’s wrestling teams — mostly from the east and west coasts — participate. 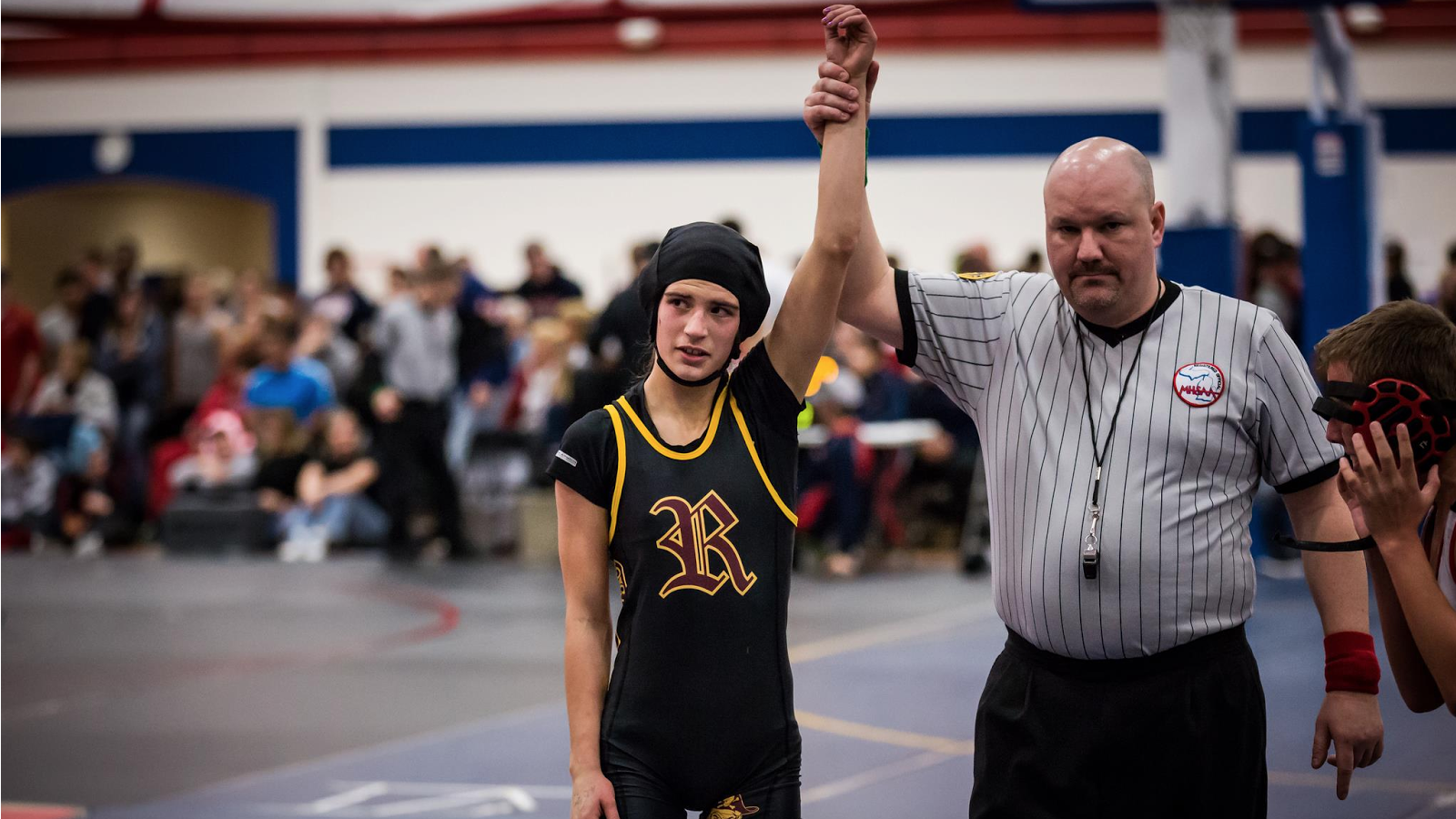 I have competed against male wrestlers my entire life because there are so few female wrestlers in the Midwest. I can remember wrestling tournaments in middle and high school where there were over 400 male athletes and me, the only girl. So what’d I do? I wrestled. And a lot of the time, I won.

As the wrestling season begins, I have to sit on the bench the entire regular season — simply because I am a woman.

In high school, I surpassed 100 varsity career wins, all against males — a rare accomplishment for high school wrestlers, regardless of gender. And when I have been able to wrestle against women’s teams at the end-of-year national championships, I have won, earning four girls’ wrestling titles in my weight division from high school or younger and two women’s titles so far during my freshman and sophomore years in college.

The NCWA’s rule is simply unfair. High schools across the country allow women to wrestle men when there is no women’s wrestling team, and so does the NCAA. So I could fight in the military to defend our country side by side with men, but I can’t compete against them in collegiate wrestling? There is no excuse for the NCWA to keep me off the mat while I watch my male teammates compete.

The ACLU, the National Women’s Law Center, and the Women’s Sports Foundation recently sent a letter to the NCWA on my behalf, arguing that preventing me from competing also violates the law. All I ask is to be permitted to wrestle during the regular season against my male peers.

I have proven that I’m just as talented and dedicated an athlete as any man in my weight class. I deserve an equal opportunity to compete in the sport that I love. So, NCWA, please let my coach put me on the mat — not just for me, but for the future of all women in this sport.

Ruling In Horrific LGBT Bullying Case Should Be A Wake-Up Call For Congress...