Who Is at Highest Risk of Sexual Harassment?

By A. Elaine Lewis, Fellow, ACLU Center for Liberty
Tags

The best-publicized recent accounts of sexual harassment have come from elite industries such as Hollywood, the news media, and politics. But pervasive abuse is the norm in many less rarefied settings, as the #TimesUp movement aims to show.

Research shows that anywhere from 25 to 85 percent of working women have experienced sexual harassment or abuse in the workplace. A variety of risk factors make low-wage workers particularly vulnerable. Mitigating those factors is key to curbing the problem, and there are several promising new initiatives that may help.

This dynamic places these workers in a difficult position if they are harassed by customers. They may feel pressured to keep quiet for fear of jeopardizing their tips. Similarly, the reliance on tips makes them more vulnerable to abuse by supervisors, who have the power to assign waitresses to shifts that yield better or worse tips. According to one study, 80 percent of female workers in the restaurant industry reported experiencing some form of sexual harassment at work. And many don’t speak up because they fear losing their jobs or facing other retaliation — which, research shows, is a well-founded fear.

Women who work in low-wage positions also often face intersectional disadvantages — that is, burdens posed by race, national origin, gender identity, and other characteristics beyond gender alone — that may trigger biased treatment. Many low-wage jobs, such as home health aide, nanny, or agricultural worker, are disproportionally held by women of color or immigrants. Immigrant workers may face language barriers that impede their ability to get help, be unfamiliar with laws against sexual harassment, and — if they’re undocumented — fear deportation. In a 2009 survey of Iowa meatpacking workers, 91 percent responded that immigrant women do not report sexual harassment or sexual violence in their workplace. Transgender women are particularly vulnerable: According to one survey, trans restaurant workers were more than twice as likely as cisgender employees to report harassing comments about their gender identity or sexual orientation.

Another risk factor is physical isolation. One survey revealed that 58 percent of hotel workers — who often work alone — reported experiencing sexual harassment from a guest, ranging from men exposing themselves or answering the door naked to outright assault. High-profile examples of this kind of harassment abound, from a prominent Egyptian banker who pleaded guilty to forcibly kissing and groping a housekeeper at a New York hotel, to the housekeeper who accused former International Monetary Fund chief Dominique Strauss-Kahn of sexually assaulting her in his hotel suite.

Women also report sexual harassment and assault while cleaning office buildings at night, working in remote agricultural fields, or providing home health care to elderly patients. As Erika Morales, a night shift janitor explained to a reporter: “There’s no one to ask for help when certain things happened and you screamed … No one can hear. And there are certain places where there are no cameras. There’s no sound. There’s nobody.”

Title VII of the Civil Rights Act of 1964, which prohibits workplace sexual harassment, only applies to employers with 15 or more employees. That leaves many nannies, housekeepers, home health aides, and other domestic workers — who are already at increased risk because of their physical isolation — without protection.

Have you been harassed on the job? Tell us your story.

There are, however, some promising developments for low-wage workers at high risk of sexual harassment and assault. In 2011, New York City’s hotel union bargained for a contract requiring hotel workers to be given personal panic buttons to notify security when they encounter trouble in hotel rooms. More than 30 hotels in Washington, D.C., have supplied panic buttons to workers. In Seattle, voters approved a similar initiative in 2016. While not a silver bullet, panic buttons help put emergency help within reach of isolated workers.

The most comprehensive measure addressing the sexual harassment of hotel workers was recently passed in Chicago. The “Hands Off, Pants On” ordinance requires hotels to provide panic buttons, inform employees of legal protections against sexual harassment, and — for those who do experience assault by guests — provide them paid time off to file police reports or testify, and offer them temporary re-assignment to less solitary positions. The ordinance also forbids retaliation for using the panic button, reporting abuse, or exercising any other right afforded by the ordinance. Violation of the ordinance carries a fine, and repeated violations can result in the loss of operating licenses.

One of the most inventive strategies comes from the Coalition of Immokalee Workers, a national workers’ rights organization. Its Fair Food Program requires participating growers — who supply produce to mega-chains like Wal-Mart, McDonalds, and Whole Foods — to discipline supervisors who have engaged in sexual harassment or risk expulsion from the program. In the Florida tomato fields where the program began, workers report that the rule has significantly reduced sexual harassment.

As Congress and legislatures around the country consider reforms to existing anti-discrimination laws that would expand protections to workers — and increase penalties to recalcitrant employers — these industry-specific reforms make clear that labor unions, advocates, businesses, and concerned consumers, in addition to the government, all can play a role in combating sexual harassment.

Low-wage workers always have been uniquely vulnerable to sexual harassment. Using the red carpet to amplify their struggle was a powerful beginning. Now, the real work begins.

There is a very thin line between what is sexual harassment and what isn't. Telling a naughty joke, even a good one like the Barrel Joke, the Rice Joke or the Gay Roommate Joke, within hearing of some women is cause for a charge of sexual harassment.

Shouting out ‘Who’d ya blow to get on this committee?’ While I was presenting fiscal strategy at corporate was harassment.

He didn’t lay a hand on me.

I failed to mention the Heather Graham Joke.

A thoughtful clearly organized document. Another nail to be added to the coffin of chauvinists and all who seek to discredit the true contributions of females in the workplace and the world at large. Female domination by males in our society and continuous exploitation must come to an end.

When we wake up and realize that we do a tremendous disservice to the world we live in, with the constant mistreatment of more than half of the population, our world will be a better place.

This article balances fact and emotion. I’m not only informed but also touched and affected by what I’ve read. Intersectional Feminism can not be overlooked! For every wealthy celebrity reporting abuse, there are thousands of marginalized people not being heard.

A very well researched article on an important topic! I hope further progress will be made!

This is wrong and terrifying:
"Title VII of the Civil Rights Act of 1964, which prohibits workplace sexual harassment, only applies to employers with 15 or more employees. That leaves many nannies, housekeepers, home health aides, and other domestic workers — who are already at increased risk because of their physical isolation — without protection." 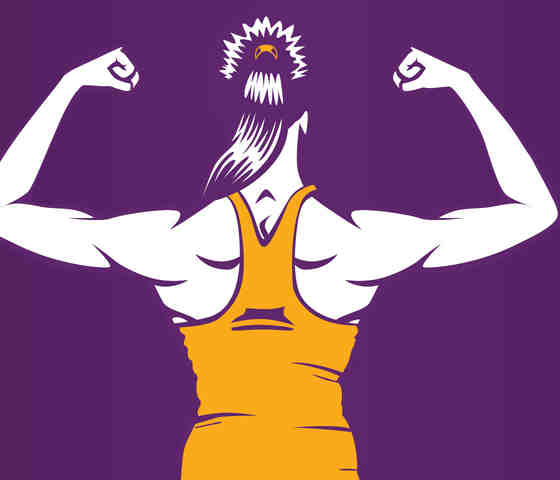