Why Servicewomen Are Suing To Challenge The Combat Exclusion Policy 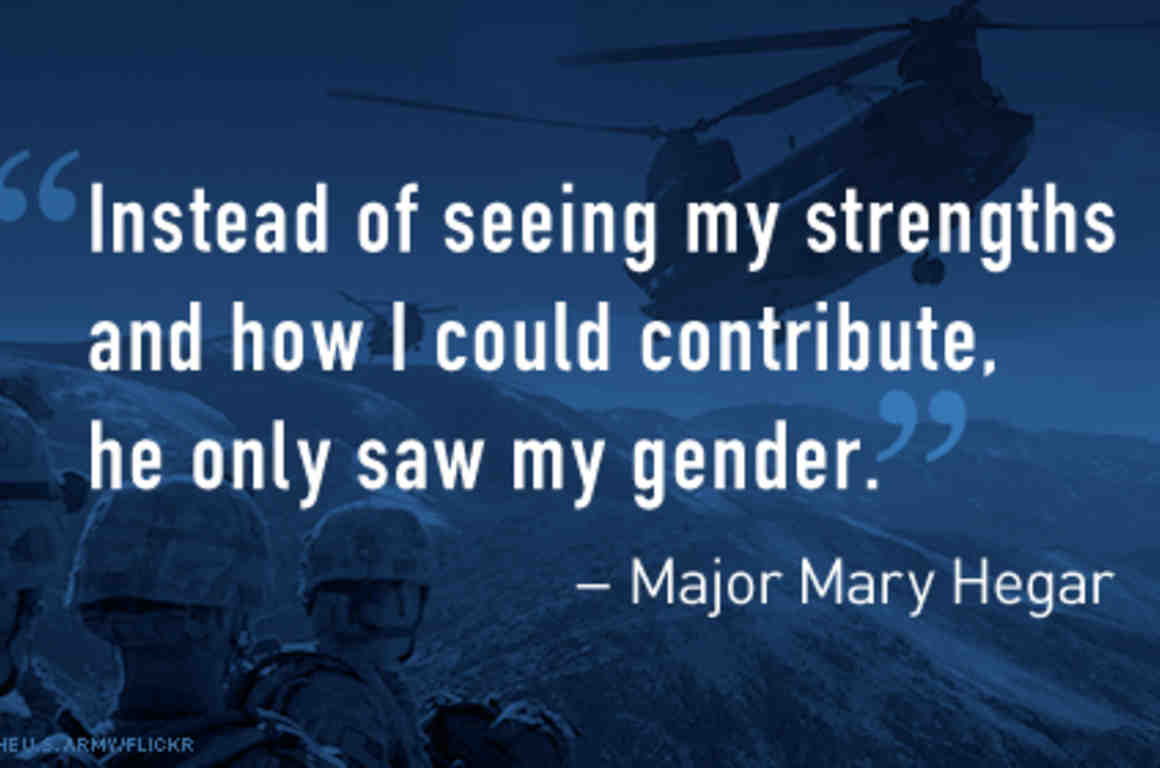 Last week, four servicewomen who served our country in Iraq and Afghanistan, along with the Service Women’s Action Network, sued the Secretary of Defense in federal court to challenge the combat exclusion policy.  This policy prevents women from being assigned to most units that engage in direct ground combat.

Last week, four servicewomen who served our country in Iraq and Afghanistan, along with the Service Women’s Action Network, sued the Secretary of Defense in federal court to challenge the combat exclusion policy.  This policy prevents women from being assigned to most units that engage in direct ground combat.

The policy has the effect of closing entire career fields to women, and closing about 238,000 individual positions to women across the armed services. The plaintiffs include two Marines, an Army soldier, and a combat pilot who has flown with the Air Force and the Air National Guard. Each of them has been harmed and limited by the combat exclusion policy. The policy prevents women from even competing for many positions, no matter how qualified or capable they are. For example, Major Mary Jennings Hegar, a successful combat pilot who won a Purple Heart and a Distinguished Flying Cross with Valor after being shot down and injured while successfully rescuing injured soldiers in Afghanistan, is barred from competing for Air Force combat and special ops positions that are closed to women.

The combat exclusion policy is outdated and doesn’t match the reality of modern warfare. Despite what the policy says on paper, women are already fighting alongside their male counterparts. Because of the policy, though, women often are not officially part of the all-male units they go on missions with. Commanders have to get around the policy by relying on legal fictions, using women troops in “temporary” teams that are “attached to” or “in direct support of” all-male ground combat units.

This was the situation faced by plaintiffs Captain Zoe Bedell and First Lieutenant Colleen Farrell, two Marines who led Female Engagement Teams in Afghanistan. In this program, teams of women Marines went on missions with Marine infantrymen and regularly encountered ground combat. The women lived in the same combat outposts as the men, managing without showers and toilets and carrying the same gear. Yet their missions were sometimes interrupted or even cancelled when commanders became concerned that sending women into combat would violate the letter of the archaic combat exclusion policy. The gap between the policy, which was written in 1994, and the real practice in post-9/11 warfare, does a disservice to our servicewomen in combat, and it harms our military.

Women have been killed on the battlefield, and many more have been wounded in the course of their service. Take plaintiff Army Staff Sergeant Jennifer Hunt, who was awarded the Purple Heart, was wounded after serving in combat in Afghanistan and Iraq. While women have an equal opportunity of being hurt or killed, the policy limits their ability to receive equal, integrated training and to advance in the ranks. Because their combat experience often is unofficial or outside of their official career field, it doesn’t count in the same way for promotions resulting in a “brass ceiling” that keeps our military leadership overwhelmingly male.

The Constitution forbids the government from imposing a blanket ban on women’s participation, especially where the rule is outdated and doesn’t accurately capture how war is being waged today. Now, after a decade of armed service abroad, our servicewomen are demanding the opportunity to compete for official assignment to the combat jobs they’ve been doing for years.

The Army Should Assign Roles Based on Merit, Not Gender

A Free, Federal College Education - But Mostly For Men