In response to an ACLU Freedom of Information Act request filed in October 2003 for documents relating to the CIA’s torture and abuse of detainees suspected of terrorism, the CIA’s Office of Inspector General (OIG) released a partially redacted report detailing the CIA’s “enhanced interrogation” program, the Special Review: Counterterrorism Detention and Interrogation Activities (September 2001 – October 2003).

Among other things, this report made clear that individuals working for or with the CIA had engaged in conduct that neither the agency itself nor the OIG regarded as authorized. The most egregious examples of such conduct included an interrogator’s use of an unloaded handgun and a power drill to threaten a detainee. The report made national headlines and prompted Attorney General Eric Holder to launch a criminal investigation into the CIA’s alleged mistreatment of detainees held overseas.

The ACLU filed another FOIA request in April 2011 seeking any additional OIG reports relating to the CIA’s detention, interrogation, or treatment of individuals apprehended after September 11, 2001, and held at detention facilities outside the United States. The Special Review and news reports had identified at least six more reports analyzing the agency’s overseas detention and interrogation programs. When the CIA failed to produce the requested documents, the ACLU filed a lawsuit to enforce the FOIA request.

Through this litigation, we discovered that the OIG had produced at least 11 additional reports that could shed further light on unlawful CIA interrogation practices and abuse. Although the agency acknowledged the existence of these reports, it withheld each in full under various exemptions in the FOIA law. The ACLU moved for summary judgment, arguing that the CIA’s withholdings of these reports are not allowed under FOIA, and that the American public has a right to know what abuses were committed by our government in the name of national security.

Seeking the Truth About the CIA's Detainee Abuses 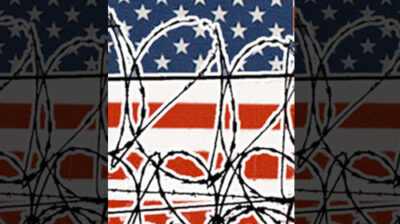