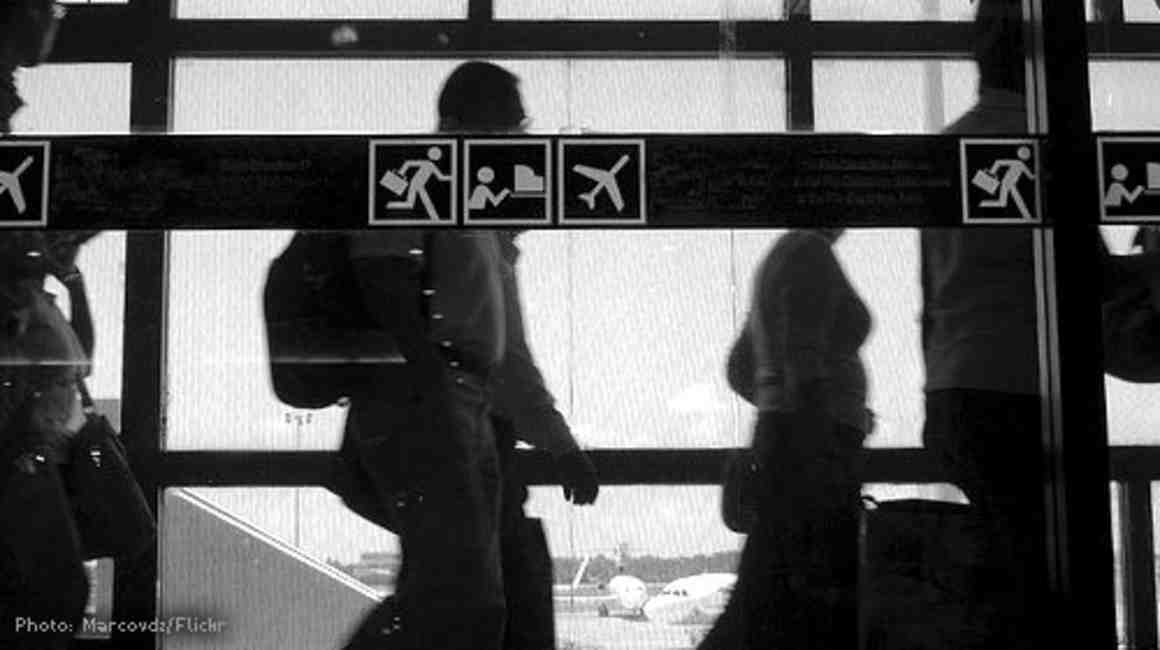 Nick George was on his way to start his senior year at California’s Pomona College in August 2009 when he was detained, aggressively interrogated, handcuffed, and locked in a jail cell for nearly five hours at the Philadelphia International Airport because he was carrying a set of English-Arabic flashcards in for his college language class, as well as a book critical of U.S. foreign policy.

During his airport security screening, Transportation Security Authority agents asked Mr. George to empty his pockets. He complied, producing a set of English-Arabic language flashcards, each of which had an English word on one side and the corresponding Arabic word on the other. Mr. George, a Middle Eastern Studies major who had recently completed a study abroad program in Jordan, was using the cards to aid his Arabic language studies. In his carry-on luggage, which was also searched, he had a book critical of U.S. foreign policy that was written by a Reagan administration official. In reaction to Mr. George’s flashcards and book—materials protected under the First Amendment—TSA, FBI, and Philadelphia police officials detained, handcuffed, interrogated, and jailed Mr. George. He was finally released without charge after several hours, by which time he had long missed his flight.

On February 10, 2010, the national ACLU and the ACLU of Pennsylvania filed a lawsuit on Mr. George’s behalf in the U.S. District Court for the Eastern District of Pennsylvania, charging that his treatment violated his First and Fourth Amendment rights. The government and individual TSA and FBI officials tried to dismiss the case against them. But, in late 2011 the district court denied their motions to dismiss and said the case could move forward. The TSA and FBI officials appealed to the U.S. Court of Appeals for the Third Circuit, which vacated the lower court’s order in December 2013, and remanded the case with instructions to grant the federal defendants’ motion to dismiss.

I Was Arrested for Learning a Foreign Language. Today, I Have Some Closure.

In Court Today: The Constitution Also Lives in Airports

Flying With a Foreign Language