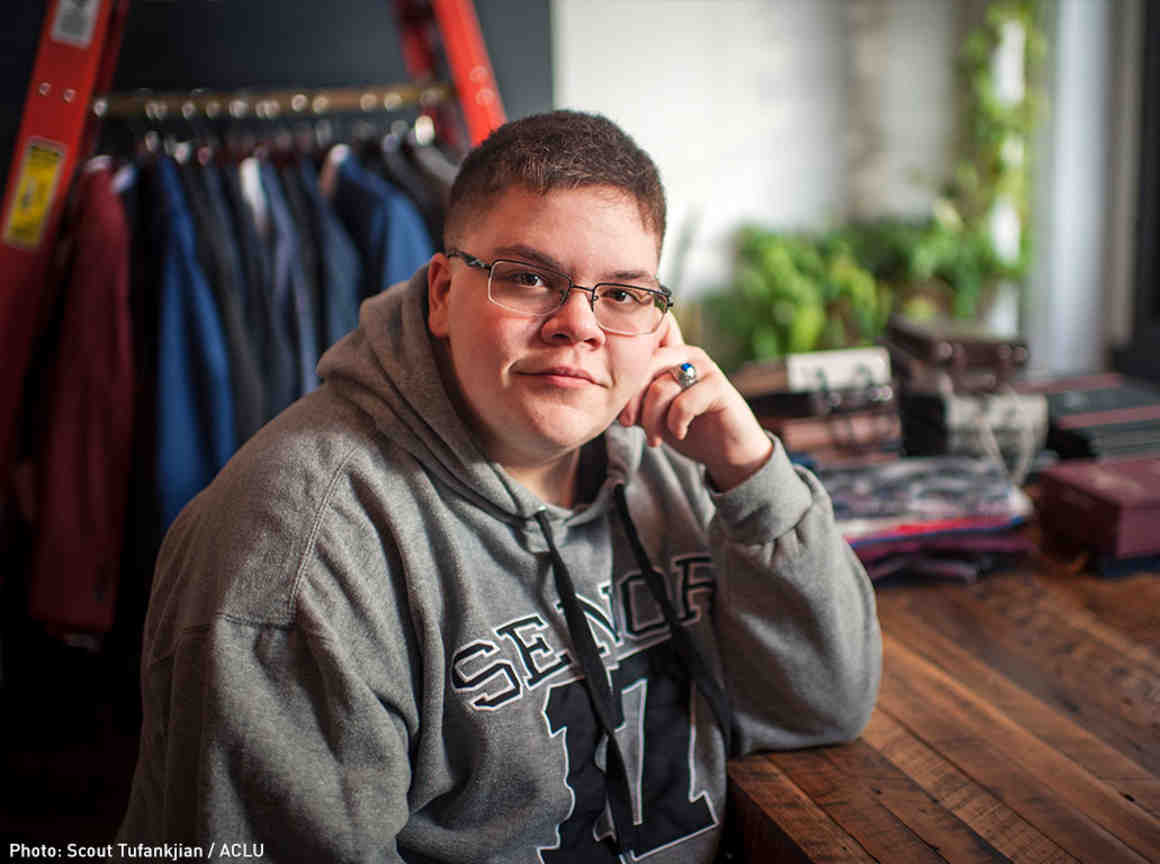 Gavin Grimm sued his school board for excluding him the restrooms any other boy in his school would use — simply because he is transgender.

When Gavin Grimm came out to his school as a boy who is transgender, his school board adopted a discriminatory new prohibiting boys and girls “with gender identity issues” from using the same common  restrooms  as  other  boys  and  girls.  The  new  policy  directed  Gavin to an “alternative appropriate private facility” instead. Throughout  the  rest  of  high  school,  Gavin  was  forced  to  use  separate  restrooms   that   no   other   student   was   required   to   use.   That   degrading   and   stigmatizing policy singled Gavin out as unfit to use the same restrooms as every other student. The Board continued to exclude Gavin even after he began receiving hormone therapy (which altered his bone and muscle structure, deepened his voice, and caused him to grow facial hair), obtained a Virginia state I.D. card listing his sex as male, underwent chest reconstruction surgery, obtained a court order legally changing  his  sex  to  male  under  Virginia  law,  and  received  a  new  Virginia  birth  certificate reflecting that his sex is male.

Represented by the ACLU and ACLU of Virginia, Gavin sued his school board for discriminating against him in violation of the Equal Protection Clause and Title IX of the U.S. Education Amendments of 1972, a federal law prohibiting sex discrimination by schools.  After four years of litigation—including a trip to the Supreme Court and back-- the U.S. District Court for the Eastern District of Virginia ruled in favor of Gavin on all his claims.  The U.S. Court of Appeals for the Fourth Circuit affirmed the ruling in favor of Gavin on August 26, 2020.

Update: On June 28, 2021, the Supreme Court denied the school board's petition for a writ of certiorari.

Gavin's testimony at a Gloucester County School Board Meeting

Deirdre Grimm's testimony at a Gloucester County School Board Meeting

Gavin Grimm Suits Up For The Supreme Court

3 Ways to be a Trans Ally