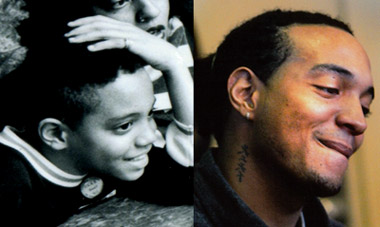 Justice Delayed Is Justice Denied. Plaintiff Milo Sheff at the time of the filing and in a recent photograph.

In 1989, fourth-grader Milo Sheff became the lead plaintiff in a lawsuit challenging the segregation of Hartford-area public schools. Seven years later, the Supreme Court of Connecticut ruled that "the needy schoolchildren of Hartford have waited long enough," and urged the legislature and executive branches of the Connecticut government to put school integration "at the top of their respective agendas." Over a decade after the Court's ruling, Hartford-area schools remain divided by race and class. Though inter-district magnet schools and other programs have given some of the region's children access to quality, integrated educational opportunities, fewer than one in 10 Hartford-resident students of color attends an integrated school.

In 1996 the Connecticut Supreme Court ruled in favor of the plaintiffs and ordered the state to take the remedial measures necessary to integrate schools.

Since the 1996 decision, Sheff plaintiffs have been working with Hartford Public Schools, the City of Hartford and the State of Connecticut to create and implement various programs geared toward eradicating racial isolation in schools.  Some of these programs include Open Choice programs that allow students to transfer to suburban or urban districts, inter-district magnet and Lighthouse schools intended to draw students to residentially segregated districts,  as well as part-time inter-district exchange programs.  These efforts have resulted in substantial gains—more than 1,600 Hartford students now take part in Open Choice, over 5400 Hartford Students and over 8000 suburban students attend 37 regional magnet schools and now 42 percent of Hartford schoolchildren are attending integrated schools.

But while these changes have been monumental for many, they still fall short of extending opportunity to the entirety of the district.

The ACLU Racial Justice Program, along with the NAACP Legal Defense and Educational Fund, Inc. (LDF) and the Center for Children’s Advocacy is currently working to continue these advancements in integration in Hartford. With the prior agreement with Hartford Public Schools, the City and Connecticut set to expire in the 2014-15 school year, the ACLU has returned back to the negotiation table with the intention of drafting a balanced and innovative long-term agreement that further prioritizes integration and reaches the 59 percent of Hartford schoolchildren who remain in racially isolated schools.

Sheff Plaintiffs Return to Court to Declare the State of Connecticut in Violation of Agreement to Reduce Racial, Ethnic and Economic Segregation in Hartford Region Schools

Progress Toward Desegregation in Metropolitan Hartford