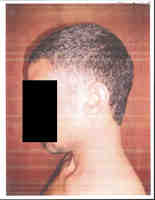 In response to a Freedom of Information Act lawsuit filed more than a decade ago by the American Civil Liberties Union, the Defense Department has released 198 photographs related to prisoner abuse at U.S. military facilities in Iraq and Afghanistan. They are part of a larger collection of some 2,000 photographs, most of which the government refuses to release. Last March, a federal district court ordered that all of the photos be released. The government appealed, and earlier this month the appeals court returned the case to the district court, where the ACLU is continuing to fight for the full collection’s release.

Pentagon Releases 198 Abuse Photos in Long-Running Lawsuit. What They Don’t...