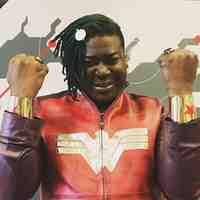 The Anchorage campaign put local transgender people front and center in the campaign, its leadership, its ads — some of the most trans-inclusive ads ever used in a political campaign — and its messaging. We didn’t shy away from the other side’s focus on “bathroom predator” myths, we confronted them directly.

To stop the horrific attacks on transgender people being launched all across the country, the key is to empower trans leaders and trans voices to tell their stories so that the general public can get to know transgender people. Trans people are our neighbors and our friends. When the public sees that, we win.