The Inter-American Commission on Human Rights, which is part of the Organization of American States (OAS), held its first-ever hearing on October 28, 2013 on the NSA's mass surveillance and its impact on human rights in the Americas. The hearing was held at the request of the American Civil Liberties Union, and included the U.N. Special Rapporteur on Freedom of Opinion and Expression, Frank La Rue. The commission heard testimonies on human rights implications of NSA surveillance programs, including on the rights to privacy and free speech, U.S. obligations to protect these rights for both U.S. citizens and foreign nationals, and the inadequacy of legal protections for whistleblowers in the U.S. national security sector.

Watch the video of the hearing below: 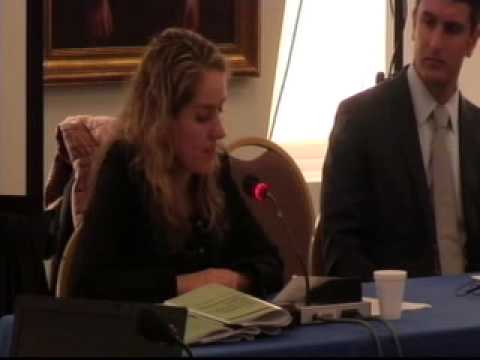 Letter of Support from INCLO for the ACLU Hearing on Freedom of Expression...

Testimony from ACLU's Alex Abdo before the IACHR

Written Submission of EFF and Latin American NGOs before the IACHR

Request from the ACLU for a Thematic Hearing before the IACHR

CDT Testimony for a Thematic Hearing before the IACHR

Global Principles on National Security and the Right to Information (Tshwane...

Report of U.N. Special Rapporteur Frank La Rue on the Right to Freedom of...