The Future We Dare to Create

The ACLU National Advocacy Institute’s High School Program will bring together a diverse group of high school students (ages 15-18) from across the United States to participate in a week-long, firsthand learning experience for the next generation of social justice advocates.

The ACLU Advocacy Institute will feature a special, day-long Next Generation Conference and Gala to mark the 100th Anniversary of the founding of the ACLU. This event will feature past and present ACLU leadership, as well as special guest speakers from the public sector and other nonprofit organizations. (Speakers to be announced here in the coming months.) New for 2020.

Click the links below to learn more about these programs.

Individual program applications can be found on the program pages listed below. 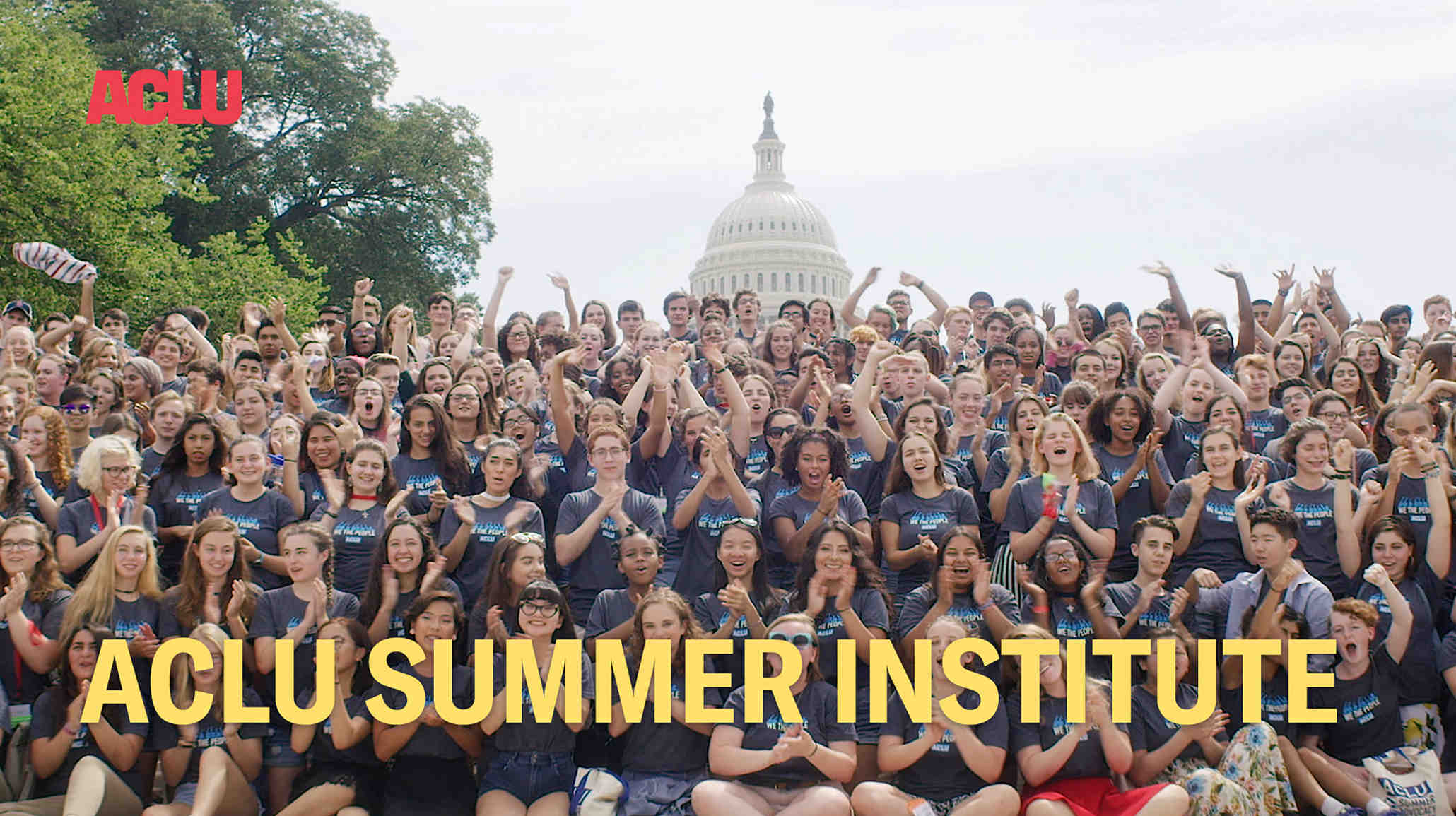 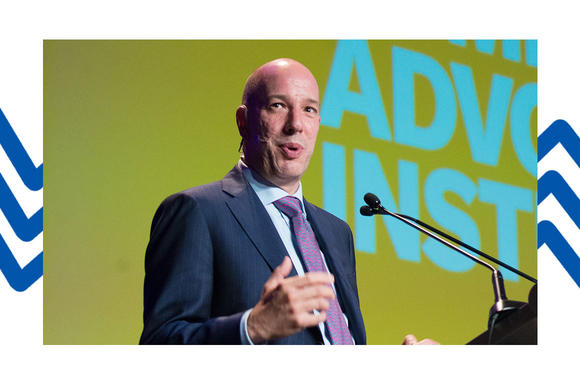 Anthony D. Romero is the Executive Director of the American Civil Liberties Union, the nation's foremost guardian of liberty for nearly 100 years. Under his leadership, the ACLU has grown into a nationwide organization of more than a million members, activists, and supporters in all 50 states, Puerto Rico, and Washington, D.C. Read more 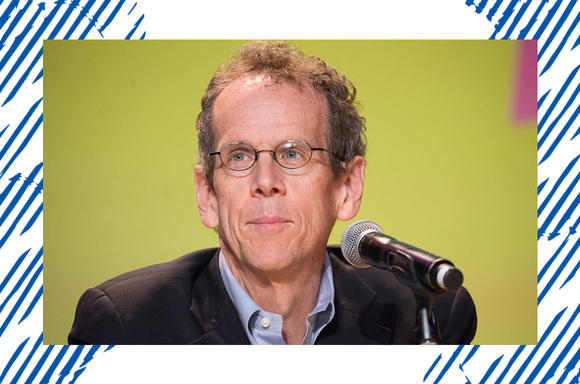 David D. Cole is the National Legal Director of the ACLU and directs a program that includes approximately 1,400 state and federal lawsuits on a broad range of civil liberties issues. Cole has litigated several significant First Amendment cases in the Supreme Court of the United States, as well as a number of influential cases concerning civil rights and national security. Read More 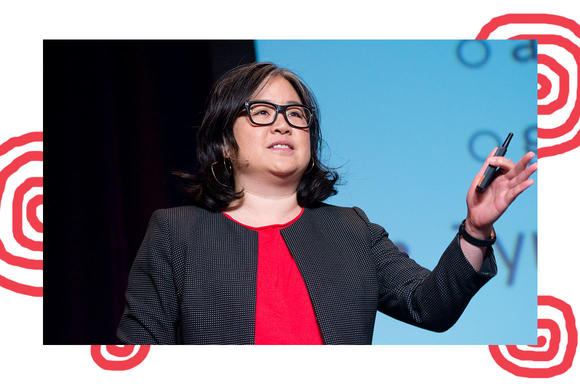 Cecillia Wang is a  Deputy Legal Director at the ACLU and directs the Center for Democracy, which encompasses the ACLU’s work on immigrants’ rights, voting rights, national security, human rights, and speech, privacy and technology. Read more 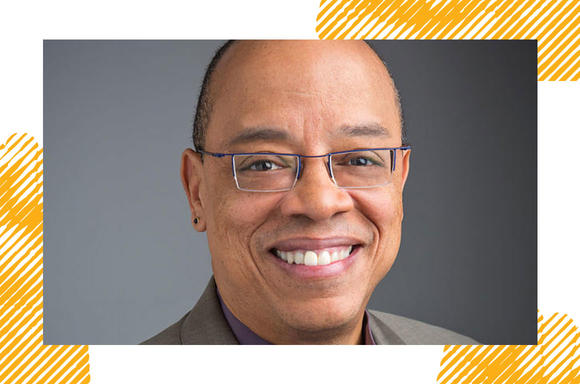 Jeffery Robinson is a Deputy Legal Director and the director of the ACLU Trone Center for Justice and Equality, which houses the organization's work on criminal justice, racial justice, and reform issues. Read more 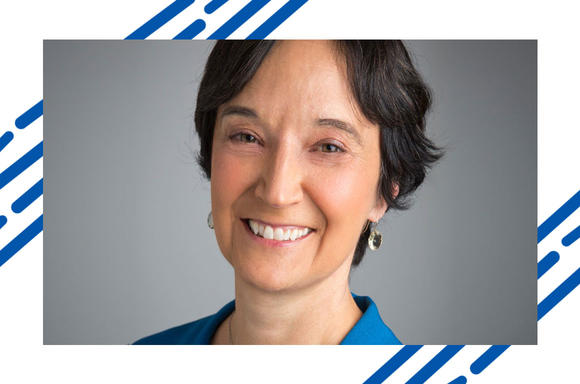 Louise Melling is a Deputy Legal Director and the Director of its Center for Liberty, which encompasses the ACLU’s work on reproductive freedom, women’s rights, lesbian, gay, bisexual, and transgender rights, freedom of religion and belief, and disability rights. In this role, she leads the work of the ACLU to address the intersection of religious freedom and equal treatment, among their issues. 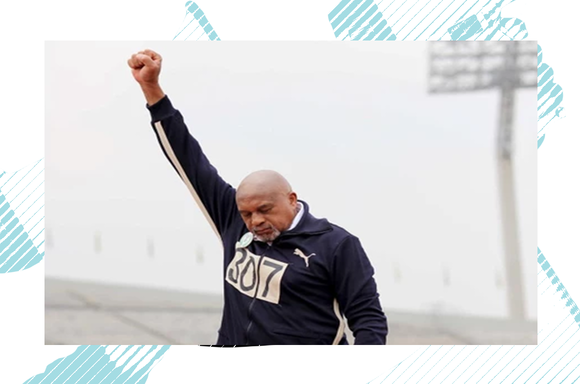 During the 1968 Olympic medal ceremony for the record breaking men's 200m dash, both 1st place (gold) and 3rd place (bronze) medalists held up a black-gloved fist during the playing of their home national anthem. A silent gesture in protest of the ongoing civil rights injustices, primarily back home in America. Dr. Tommie Smith, as the first place and record-breaking medalist, has been asked numerous times, what he was doing and/or thinking in that moment. His response - “Praying.”

Today, Dr. Smith continues to travel throughout various European and Asian nations, conducting seminars, clinics and delivering speeches in those locations, as well as on domestic college campuses. Read More

Edward Snowden
As a whistleblower of illegal government activity that was sanctioned and kept secret by the legislative, executive, and judicial branches of government for years, he undertook great personal risk for the public good. And he has single-handedly reignited a global debate about the extent and nature of government surveillance and our most fundamental rights as individuals.

Actress and comedian Sasheer Zamata, known for her breakout role on the cast of Saturday Night Live, is the ACLU celebrity ambassador for women's rights. In her role as an ambassador, Zamata will elevate the ACLU’s work to fight gender inequality and structural discrimination against women in employment, education, healthcare, housing, and criminal justice through advocacy and public education. The ACLU Women’s Rights Project was co-founded in 1972 by U.S. Supreme Court Justice Ruth Bader Ginsburg, who called women’s rights “an essential part of the overall human rights agenda.” Though strides have been made in the past several decades to advance and protect the rights of women and girls, there’s a lot left to do.

Cristina Jiménez is the Executive Director and Co-Founder of the United We Dream Network, the largest immigrant youth-led network in the country. The organization, which is made up of over 100,000 immigrant youth and allies, has been a critical force in addressing immigration inequities across the country. Originally from Ecuador, Cristina came to the U.S. with her family at the age of 13, attending high school and college as an undocumented student. She was recently named among Forbes' “30 under 30 in Law and Policy,” one of “21 immigration reform power players” and one of 5 non-profit leaders who will influence public policy by the Chronicle of Philanthropy. READ MORE

For nearly fifteen years, he has worked at the intersection of civil liberties and national security, litigating numerous cases involving airport security policies, government watch lists, surveillance practices, targeted killing, and torture. He appears regularly in the global media, has testified before Congress, and is an adjunct professor at NYU School of Law. Since July of 2013, he has been the principal legal advisor to NSA whistleblower Edward Snowden. Ben is a graduate of Harvard College and New York University School of Law and was a law clerk to the Hon. Stephen Reinhardt of the U.S. Court of Appeals for the Ninth Circuit. READ MORE

Gara LaMarche is President of The Democracy Alliance, a group of donors and movement leaders who provide millions of dollars to strengthen progressive organizations, causes and campaigns. A longtime advocate for human rights and social justice, from 2007 to 2011, he was President and Chief Executive Officer of the Atlantic Philanthropies, an international foundation focused on aging, children and youth, health, and human rights operating in Australia, Bermuda, Northern Ireland, the Republic of Ireland, South Africa, the United States, and Viet Nam. During his tenure at Atlantic, the foundation made the largest grant ever made by a foundation for an advocacy campaign – over $25 million – to press for comprehensive health care reform in the U.S.

His work includes litigation to combat voter suppression and legislative advocacy to open new opportunities for participation for the historically disenfranchised. Dale supervises the ACLU's voting rights litigation nationwide, with active cases in over a dozen states throughout the country. He has litigated cases under the federal Voting Rights Act and the National Voter Registration Act. Dale has testified on election reforms in various state legislatures around the country, and is a frequent commentator on voting rights issues. He is an adjunct professor of law at NYU School of Law, and is widely published on redistricting and voting rights in journals including Harvard Civil Rights-Civil Liberties Law Review, the Florida Law Review, and the University of Richmond Law Review. READ MORE

Hina Shamsi is the Director of the ACLU’s National Security Project, which is dedicated to ensuring that U.S. national security policies and practices are consistent with the Constitution, civil liberties, and human rights. She has litigated cases upholding the freedoms of speech and association, and challenging targeted killing, torture, unlawful detention, and post-9/11 discrimination against racial and religious minorities. READ MORE

For nearly 100 years, the ACLU has been our nation’s guardian of liberty, working in courts, legislatures, and communities to defend and preserve the individual rights and liberties that the Constitution and the laws of the United States guarantee everyone in this country. Whether it’s achieving a 50 percent reduction in mass incarceration by 2020; challenging police brutality nationwide; establishing new privacy protections for our digital age of widespread government surveillance; or preserving the right to vote or the right to have an abortion; the ACLU takes up the toughest civil liberties cases and issues to defend all people from government abuse and overreach. With more than a million members, activists, and supporters, the ACLU is a nationwide non-partisan nonprofit that fights tirelessly in all 50 states, Puerto Rico, and Washington, D.C., to safeguard everyone’s rights. The Institute builds upon this tradition to directly engage youth in becoming civil liberties advocates in their own right.

About the Close Up Foundation

Since 1971, this nonprofit, nonpartisan organization has partnered with schools and organizations across the country to inform, inspire, and empower young people to exercise the rights and accept the responsibilities of citizens in a democracy.

The ACLU Advocacy Institute would like to thank our sponsors: