Our full-page letter to President Trump on the one year anniversary of his election – as published in the New York Times, Friday, November 10th 2017: 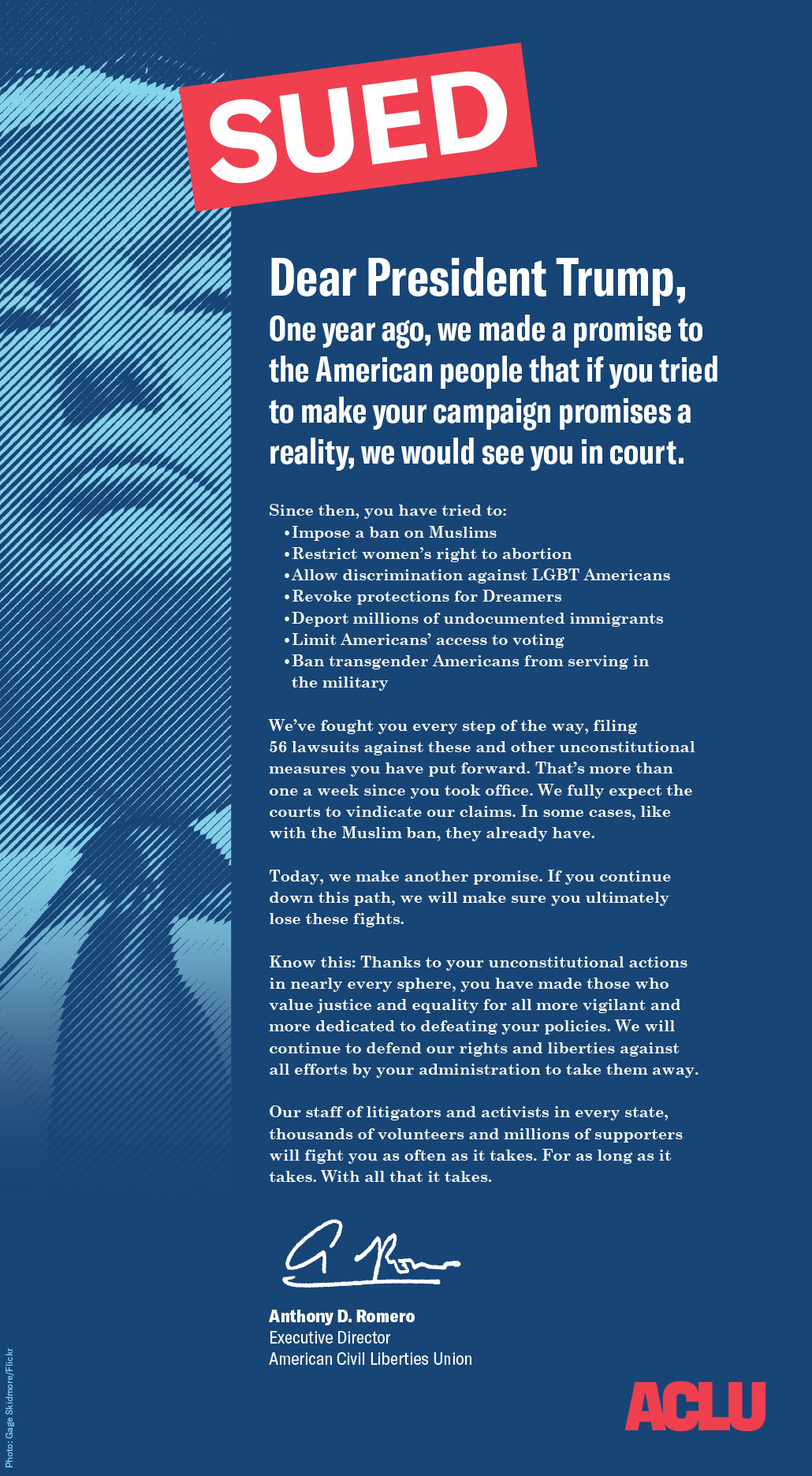 One year ago, we made a promise to the American people that if you tried to make your campaign promises a reality, we would see you in court.

Since then, you have tried to:

We’ve fought you every step of the way, filing 56 lawsuits against these and other unconstitutional measures you have put forward. That’s more than one a week since you took office. We fully expect the courts to vindicate our claims. In some cases, like with the Muslim ban, they already have.

Today, we make another promise. If you continue down this path, we will make sure you ultimately lose these fights.

Know this: Thanks to your unconstitutional actions in nearly every sphere, you have made those who value justice and equality for all more vigilant and more dedicated to defeating your policies. We will continue to defend our rights and liberties against all efforts by your administration to take them away.

Our staff of litigators and activists in every state, thousands of volunteers and millions of supporters will fight you as often as it takes. For as long as it takes. With all that it takes.

How Activism Can Lead the Way in the Trump Era

For As Long As It Takes