In a 2010 case called Citizens United v. Federal Election Commission, the U.S. Supreme Court ruled that independent political expenditures by unions and corporations (including non-profit corporations such as Planned Parenthood, the National Rifle Association, and the ACLU) are protected under the First Amendment and are not subject to restriction by the government. That decision has sparked a great deal of controversy. Unfortunately, legitimate concern over the influence of “big money” in politics has led some to propose a constitutional amendment that would reverse the decision—by limiting the free speech clause of the First Amendment.

The ACLU firmly opposes this approach. In our view, the answer to concerns over the escalating cost of political campaigns is to expand, not limit, the resources available for political advocacy. Thus, the ACLU supports a comprehensive and meaningful system of public financing that would help create a level playing field for every qualified candidate. We support carefully drawn disclosure rules. We support reasonable limits on campaign contributions, and we support stricter enforcement of existing bans on coordination between candidates and super PACs.

Our system of free expression is built on the premise that the people get to decide what speech they want to hear; it is not the role of the government to make that decision for them. 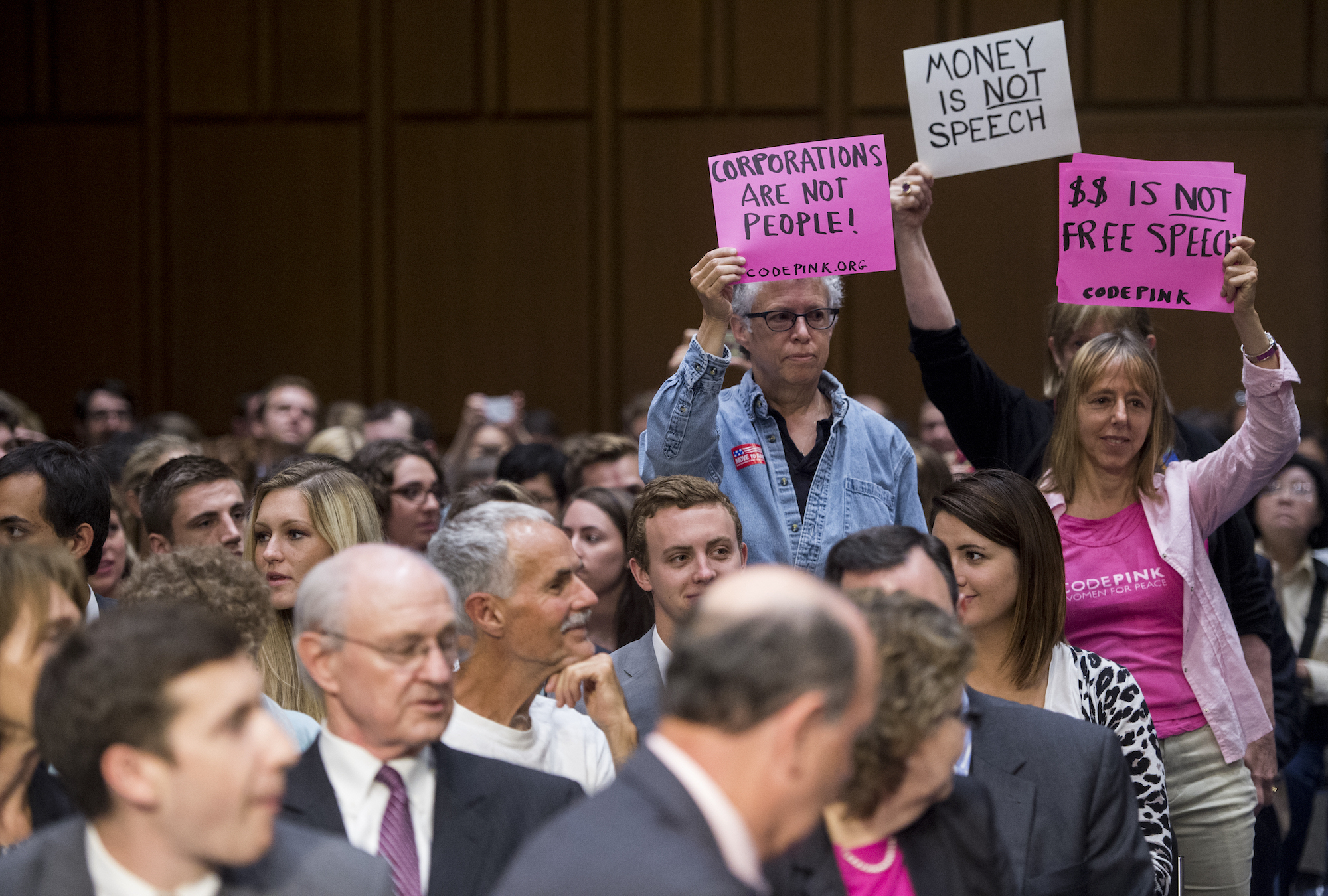