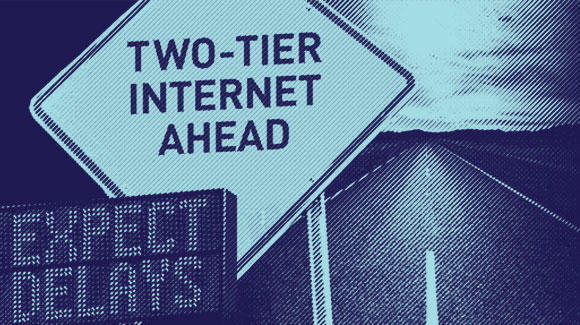 Congress can overrule the Federal Communication Commission's reckless decision to end net neutrality by using the Congressional Review Act (CRA). In the Senate, we need 51 votes. Right now we have exactly 50. Call your senators today and tell them to support the CRA to save the free and open internet.

Enter YOUR phone number (including area code). Make sure this phone is near you now.

Once connected, tell the staffer who answers the phone:

As your constituent, I urge you to use the Congressional Review Act to reverse the FCC's decision to dismantle net neutrality. Please put the will of the people and our free speech rights over big corporate interests.

At the end of last year, the Federal Communication Commission's (FCC) ended net neutrality. More than 80% of Americans oppose their reckless decision.

We know our democracy depends on freedom to communicate and connect without barriers. Reserving a faster, better internet only for the wealthiest corporations and individuals is an affront to our country's core values.

Congress has the power to right this wrong by using the Congressional Review Act (CRA) to reverse the FCC's decision. In the Senate, we just need one more vote to pass the CRA. We'll have to maintain the momentum we're building in the Senate as we take this fight to the House of Representatives next. We can absolutely win this if we stay at it.

The Little-Known Congressional Procedure That Could Save Net Neutrality