The 10 Big Problems with E-Verify

E-Verify Explainer With The ACLU 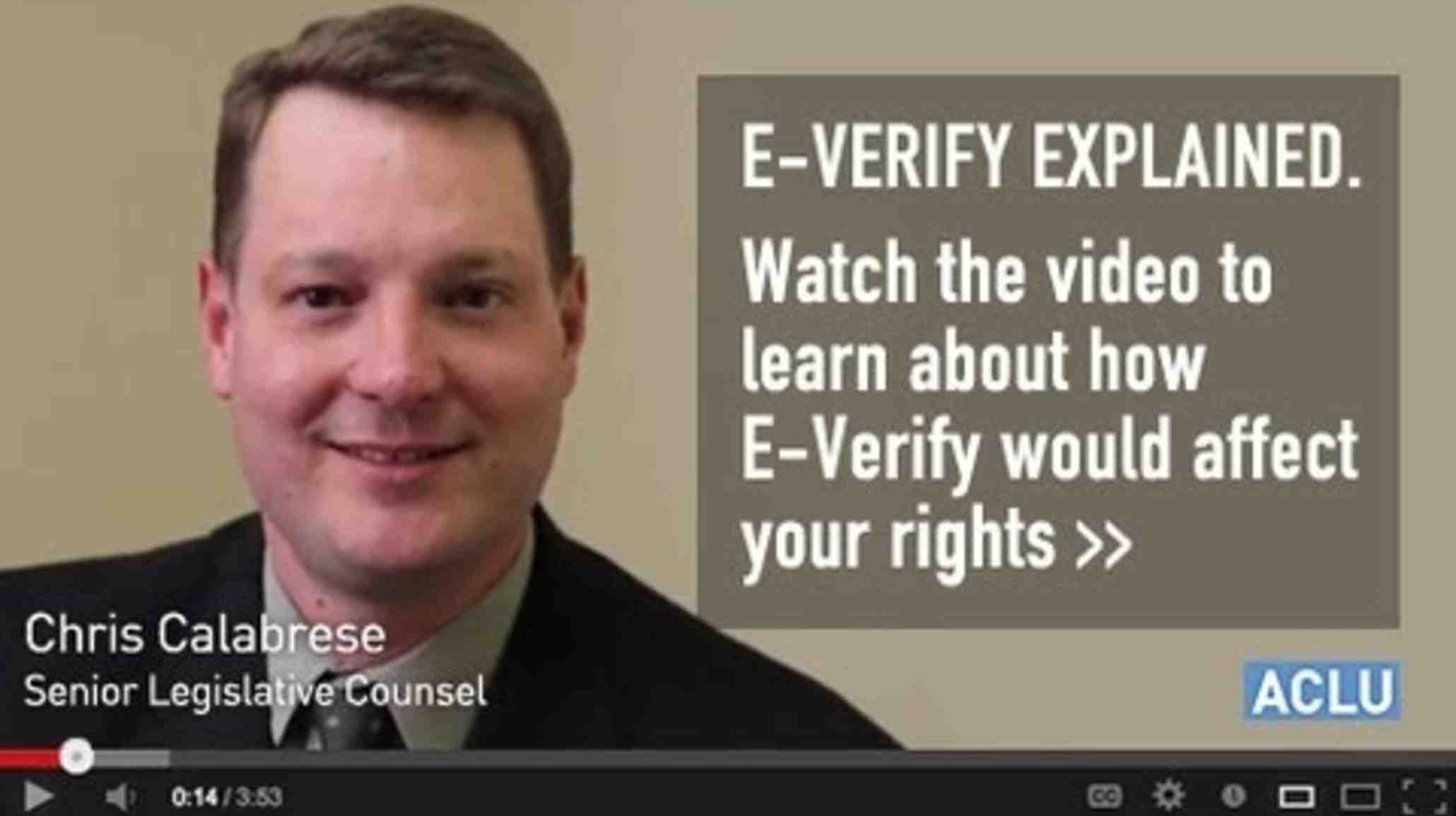 The E-Verify program seeks to prevent unauthorized workers from gaining employment by requiring that everyone in the United States seek permission from the government before taking a job. Now a largely voluntary program, E-Verify could soon become mandatory nationwide under comprehensive immigration reform.

But in order to detect the small percentage of job seekers who are undocumented immigrants, a mandatory E-Verify system creates a whole new level of intrusive government oversight of daily life—a bureaucratic “prove yourself to work” system that hurts ordinary people. The system’s inaccuracies could mean undue obstacles to employment for hundreds of thousands of citizens. The scope of private information housed in the system will create enormous privacy and security risks. It will be extremely expensive. And those are just a few of the problems we foresee should E-Verify become mandatory.

The ACLU welcomes efforts to overhaul our nation’s immigration system to ensure it protects the civil rights and liberties of immigrants and all Americans. A mandatory E-Verify system – which forces everyone in the country to ask the government for permission to work – simply does not belong in fair immigration reform.

To learn more about the problems with E-Verify, watch the video.

Read our white paper on the issue:

Prove Yourself to Work: The 10 Big Problems with E-Verify.

Prove Yourself to Work: The 10 Big Problems with E-Verify