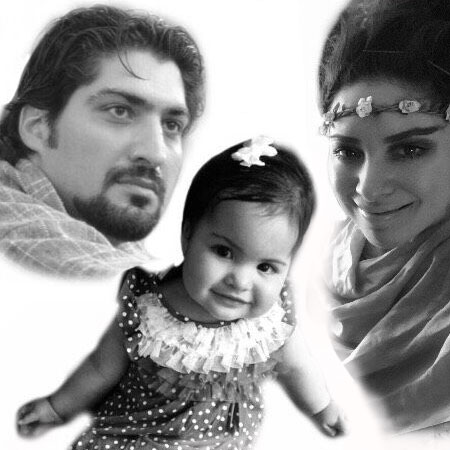 I had finally found true happiness, when I met my significant other more than four years ago. Therefore, I had decided to marry the love of my life in 2014. My husband who is also my best friend, half and soulmate has encouraged my growth in every aspect of my being. He remains a vital and integral part of my life.

Sadly, we have been separated for three long years due to his lengthy immigration process! My husband and I also have a two year old daughter named ‘Alexandria.’ Though, he has already missed the two most precious years of her life.

Unfortunately, now that the travel ban is fully enforced, it has the capacity to wreak havoc and destroy our family’s dreams and future.

As my husband and I waited for his three year immigration process to conclude, we now face a harsh reality. All our efforts and all the precious time that we’ve been separated, are now worthless! My husband will not be able to successfully complete his immigration process, because he is currently being banned! His origin is being maliciously used against him, which is not only discriminatory but gravely inhumane. This predicament is extremely cruel, as it will continually keep our family separated with no ‘time limitations.’ I cannot fathom living a life without my spouse, as we are parents of a young daughter who needs her father emotionally, financially and to be able to grow up as a whole human being. Our family is like any ordinary family. We want a prosperous and successful future for ourselves and for our daughter, so as to attain happiness. This is our prerogative and it is what keeps us motivated. Yet, our dreams, which we worked very hard for, are being torn apart and ripped away from underneath us.

As an American citizen, I should have the right to “pursue happiness,” which is stated in our constitution. Though, my fundamental right of being lawfully unified with my spouse is being prevented. This is not only an attack on my basic civil liberties, but an attack and violation of humanity!

Thoughts of Korematsu loudly resonate, as my husband is being discriminated against based on his origin. The lessons of Korematsu were taught in classrooms not for just educational purposes, but so as to not let history repeat itself.

The travel ban is an abomination in epic proportions. As it denies ‘due process,’ the ‘equal protections act,’ and is openly hostile to individuals based on their particular country of origin. Spouses being separated from the loves of their lives, parents being banned from seeing their children grow up, is an affront to humanity. It is cruelty you simply cannot comprehend.

Our family is suffering from this travel ban on a daily basis, as we grapple with an unknown future. It is in the unknown, which causes the most devastation in one’s life!