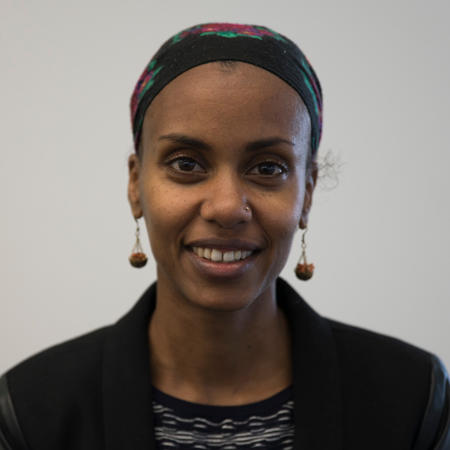 The United States has been my home for 25 years now, but last January I was among the first to be detained under the Muslim ban, simply because of my Sudanese citizenship. During my detention, I witnessed an officer tell an Iraqi man that he could be deported. The man was handcuffed and escorted into the same terminal I was being held in, minutes after getting off a plane from Sweden. He had waited for two years to receive a visa to be reunited with his partner and child. Another Iraqi man, who was an official translator for the US military was similarly threatened with deportation. I wondered how an officer could threaten to deport someone to a war zone that was created by the US government in the aftermath of its invasion of Iraq in 2003, knowing that they could face political persecution or even death. In 1939, the US turned away a ship carrying 900 Jewish refugees. 250 of them were later killed in the Holocaust. How was this any different? Being Black, I was also struck by how easy it was for an officer to body search and handcuff me while claiming it was standard procedure. The executive order legitimizing this procedure had been signed just a few hours earlier. How did our criminalization get normalized and justified so quickly? We were also told to ‘sit tight and be patient’ while being denied legal representation. And so we ‘sat tight’, as our partners and loved ones waited in agony on the other side of the airport border, with no sense of when they might see us again.

The Muslim ban and the deportations that have been happening across our country for decades, are ripping families apart and impacting people’s lives in ways that numbers can never fully capture. 100,000 visas were revoked in January and with it, thousands were prevented from boarding their planes; people with families and jobs and full lives in the US; people who needed urgent medical care or wanted to continue their studies; people who had risked their lives and spent life savings to seek refuge in the United States. While I get to share my story with you because I was released, there are hundreds of thousands of people who do not have that privilege and so I ask that we fight these policies not because of their impact on the lives of individuals like me, but because this is about all of us and about the future of this country and its relationship to the rest of the world.