Make A Call for Jessica Today

One of the first undocumented young people to stand up and tell her story needs our help this week. 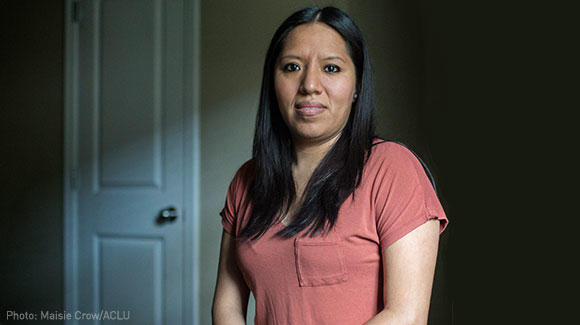 Enter YOUR phone number (including area code). Make sure this phone is near you now. You will receive a call at this number connecting you to your senators.

Once connected, share your story. Tell the staffer who answers the phone:

I’m calling to ask James McCament to grant Jessica Colotl’s DACA renewal application. Jessica came to this country when she was 11 years old. She was the first in her family to graduate from high school and college. It’s cruel and illogical to deny renewal of her DACA now, because of a minor traffic violation that immigration officials knew about when they granted her DACA twice before.

Jessica Colotl came to the U.S. as a child. Despite challenges, she became the first member of her family to graduate from high school and college. She now has a successful career at a law firm and is widely recognized as an outstanding young role model who devotes her free time to community service and activism. In addition to working full time, she has helped to fundraise for a children’s hospital, and regularly donates platelets and attends church. She dreams of going to law school and becoming a lawyer who can help immigrants. Although Jessica has a single misdemeanor conviction for driving without a license from when she was a college student, the government has granted her DACA again and again, recognizing that she continues to be eligible for and deserving of deferred action.

Despite the fact that immigration officials granted her DACA in 2013 and 2015, and despite the fact that the government has recently conceded in court that Jessica continues to be eligible for DACA, today, under the Trump administration, officials are poised to deny her DACA. Tell James McCament, Acting Director of the United States Citizenship and Immigration Services (USCIS), to grant Jessica’s Colotl DACA renewal application.

DACA Is Ending. But the Movement Is Not.

DACA Is and Will Always Be Constitutional

‘If We Are Deported, Who Benefits?’