In our inflated U.S. prison system, parole is supposed to provide an incentive and a path to earn release from prison. Instead, in many states, the parole system is defective and reflexively denies release even to model prisoners who went to prison as teenagers, have already served decades in prison, and no longer pose a safety risk. After growing up in prison, atoning for their crimes, staying out of trouble, and completing all available rehabilitative programming, thousands of people who were sentenced when they were young are finding that the promise of parole is an illusion, no matter what they do to prove their worthiness for release. These young people will needlessly grow old and die behind bars when the parole system fails to do what it is intended to do: identify and release those who have worked for redemption and earned a second chance at freedom.

Despite extensive research that youth who commit even serious, violent offenses age out of crime and can be rehabilitated, our nation still incarcerates tens of thousands of people who were teenagers or in their early twenties at the time of their offense and are serving life or de facto life in prison.  For most of these individuals, the only real chance for release and to be reunited with their families comes from parole. However, prisoners incarcerated since their youth are routinely denied parole, long after they’ve grown, matured, atoned, and been rehabilitated, and in many cases, solely because of the crime they committed in their youth—not because of who they are now.

Parole boards are charged with the ultimate decision of who to release and when, but too often, they operate in obscurity, with little guidance and too much political pressure. In many cases, decisions about release are made in a matter of minutes, without ever meeting the applicant, and with no opportunity to evaluate the individual’s record.  These parole boards, composed of a handful of people tasked with tens of thousands of cases each year, have tremendous power but little incentive to grant release, even to people who are fully rehabilitated, have served decades of their sentence, and pose no risk to the community.  Even for people sentenced to life in prison as juveniles, the parole grant rates are abysmally low—for example, 0.5 percent of juvenile lifers were granted parole in Florida in 2015, and in Maryland, none have been granted parole in 20 years.

But despite this dismal picture, reforms to the parole system are possible and can ensure that deserving individuals, sentenced in their youth, will get a fair, meaningful chance to be released and reunited with their families. Instead of allowing these individuals to grow old and die in prison, the parole process can reward and incentivize rehabilitation and honor our moral obligation to those we send away to grow up in prison. 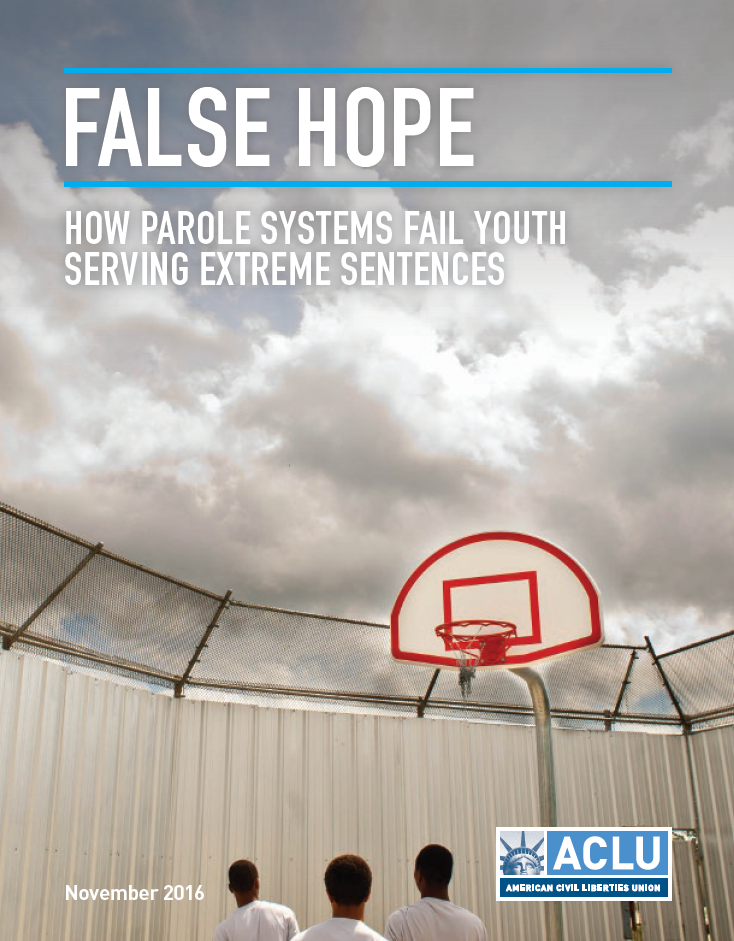 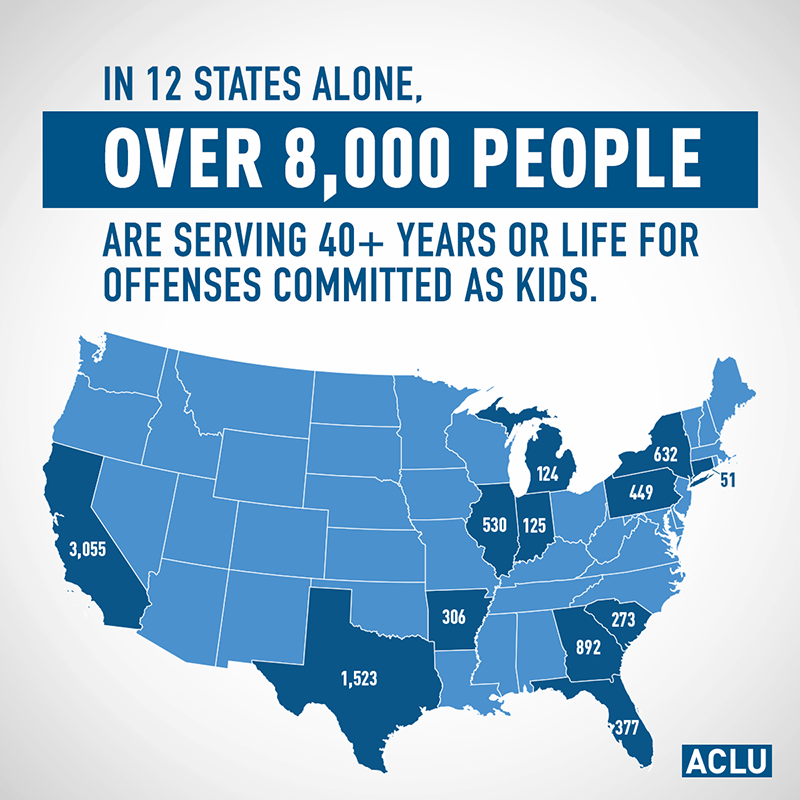 Featured profiles from the report: 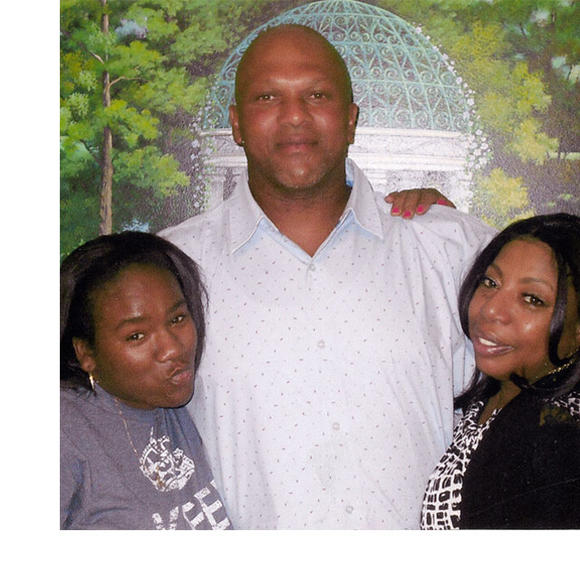 John Alexander is a 54-year-old Black man who has been in prison since he was 18. Mr. Alexander grew up in Detroit, where he lived with his mother and six sisters. His father died when he was 7, and the family relied on a social security check to get by. As a teenager, Mr. Alexander dropped out of school, working in his grandfather’s auto shop to support himself, his mother and his sisters. To make ends meet, he also sold drugs. On August 8, 1980, during a night of gambling, a fight broke out between Mr. Alexander and several other men during which, Mr. Alexander shot and killed one of the men. Mr. Alexander was convicted of second-degree murder and given a life sentence with the possibility of parole. He recalls, “I was heavy on myself for a long period, thinking about him and his family and mine. His family won’t be spending birthdays with him. There are so many things he could have done and never will because of me. That is where my deepest regret is.” Of his sentence he said, “I felt it was just for what I had done. But I did feel I was redeemable.” Mr. Alexander has worked hard at his redemption. In his nearly four decades behind bars, he has earned a near-perfect record for work performance and completed multiple educational programs. Facility staff have called Mr. Alexander a role model for other prisoners, and the judge who sentenced him has advocated for his parole. For years, he has had a supportive family, housing, and employment waiting for him. Despite all the evidence supporting his release, Mr. Alexander has been reviewed for and denied parole six times without a public hearing. Says Mr. Alexander, “I live for the possibility of getting out. But if I don’t get out, I’m prepared for that. Getting my hope up, that bothers me more than anything.” 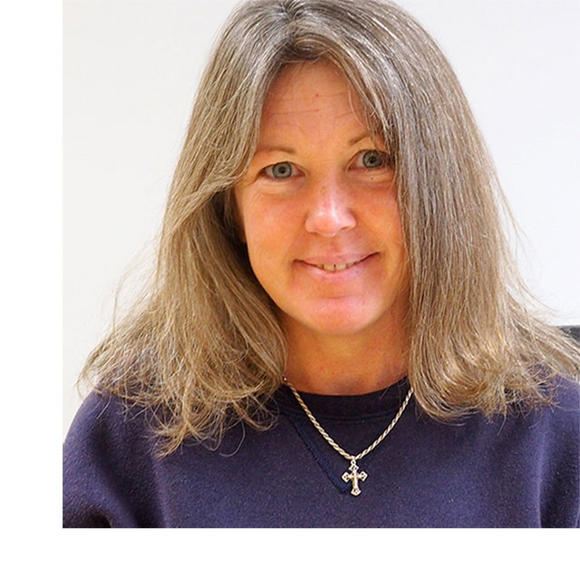 Christine Lockheart is a 49-year-old white woman from Iowa who has been in prison since she was 17. Ms. Lockheart’s childhood was characterized by family and personal instability. At 12, she was first treated for mental health issues. At 13, her parents divorced and her father moved out of state. Ms. Lockheart was sent to juvenile facilities multiple times for running away from home in her teenage years. At 17, she was convicted of felony murder. Ms. Lockheart and her then-boyfriend approached a family friend for money, and when he refused Ms. Lockheart’s boyfriend stabbed and killed him. Ms. Lockheart was outside the victim’s house during the murder. She says, “As I’ve grown up in prison, I’ve thought about my victim and his family and the pain and suffering I’ve caused. It’s one of the travesties of being young and making these terrible choices-- not knowing the effect it would have. I wish I could go back and change what I did.” In over 30 years in prison, Ms. Lockheart has participated in every offered vocational course, facilitated personal development courses, held numerous jobs in her facility, and is working on a college degree. She has the support of her father and sister for her release. According to Iowa’s own risk assessment instrument, she is not considered a risk of reoffending. Still, she has been repeatedly denied parole largely based on the seriousness of her offense. Says Ms. Lockheart, “The longer we are here, the older we get and our ability to build a life for ourselves… goes away.”

My Son Has Been In Prison For 30 Years. Parole Reform Could Bring Him Home.