The Voter Suppression Diaries: To Save Democracy, We Need to Meet Voters Where They Are

Last year, I spent the morning of Election Day driving Fred Leidel, a 99-year old World War II veteran, to the Division of Motor Vehicles in East Madison, Wisconsin. Fred, who no longer drives, rode his bicycle to vote that day, only to find out that he did not have an accepted form of ID. The workers at his polling place at Schenk Elementary School knew Fred by face. Twice a week he volunteers there to read to kindergarteners, but it didn’t matter. Under the state’s new ID law, the poll workers could not accept Fred’s University of Wisconsin faculty ID, which he had used in past years to vote.

After our trip to the DMV and some paperwork, Fred got a state ID and cast his ballot. In my line of work, stories like Fred’s are not uncommon, but unfortunately they do not all end with a vote being counted.

In 2017, at least 99 bills that restrict access to registration and voting were introduced in 31 states. Thirty-two states have some form of voter ID law currently in effect. These ID laws don’t affect all people equally: people of color, low-income people, the elderly, students, and people with disabilities disproportionately lack the types of IDs that states deem acceptable.

As an attorney and voting rights advocate, I’ve learned that fighting voter suppression can’t be restricted to Congress or the courts — has to take place at every level. Our democracy is diminished every time a disabled voter can’t get to the polls, or a voter can’t afford to pay for unnecessary or redundant documents that a state requires to prove citizenship before issuing an ID. Every American’s voting rights are put at risk when states legislatures enact ID laws that cherry pick the forms of IDs deemed acceptable based on whether a racial or ethnic group is more likely to have them.

That’s why I’ve dedicated the last several years to pushing back against restrictive ID laws, one voter at a time. Along with partner organizations like the League of Women Voters and volunteers, I search for would-be voters, document cases of disenfranchisement, and offer the support and resources people need to get IDs and get to the polls. To reach voters where they are, I visit churches, soup kitchens, school campuses, and retirement communities. Every voter’s circumstance and needs are different, but with assistance, many can get their right to vote back.

Over the coming months, as part of the ACLU’s Voting Rights Project, I will work directly with people who need IDs to vote in Wisconsin and other states with suppressive voting laws. This direct service is important because many of those disenfranchised by voter ID laws are low-income, transient and elderly and are often unreachable in other ways. While lawmakers continue to make voting hard, we’re working to make it easier. Here are some of the voters that I’ve worked with.

Gladys Harris has been living and voting in Milwaukee, Wisconsin for years but was disenfranchised in the 2016 presidential election. On Election Day, Gladys realized that she had misplaced her state ID card. She showed up to the polls with a government-issued bus pass with her name and photo on it, as well as several other forms of identification. But those were not sufficient under Wisconsin’s new law, which requires one of a few specific forms of photo identification to vote, and Gladys’ ballot was not counted. Gladys and I met up on a cold February day so that I could hear her story. As we sat in her living room, news about President Trump’s cabinet nominations played on TV, and Gladys shared her opinions with me. It was not lost on me that we were discussing an election she was not counted in. Here is Gladys with one of the forms of ID that she brought to the polls.

Sheila called our local coalition hotline number to ask for help. She needed to replace her expired state ID so that she would be able to vote in Wisconsin’s upcoming elections. Sheila no longer drives and has had health problems that make it difficult to get around. Between juggling doctor’s appointments and surgeries, it took several attempts for her to find enough time to go to the Division of Motor Vehicles to get a new state ID. Sheila’s polling location is actually in her apartment building, where it’s easy for her to vote in person. 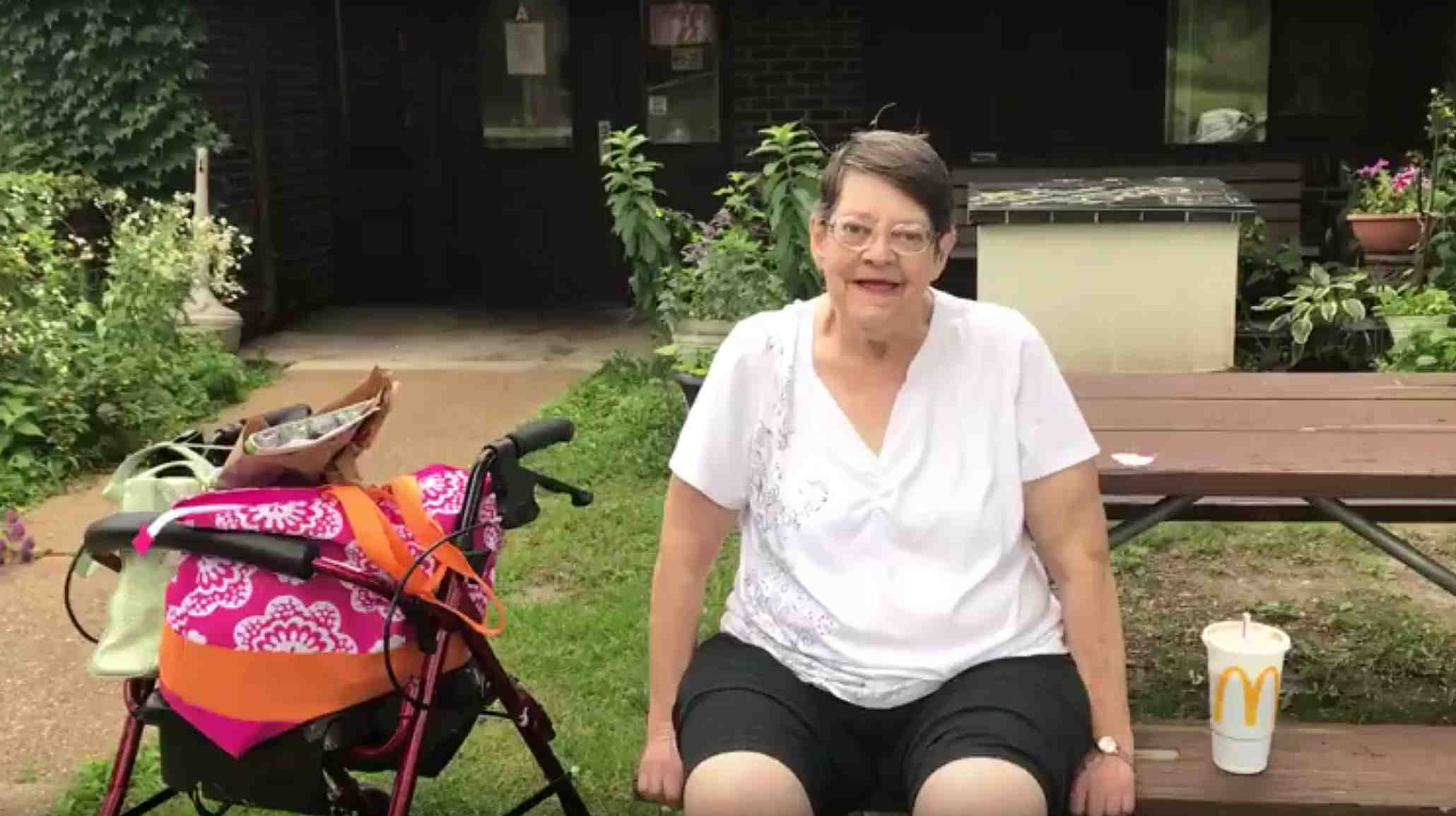 In Wichita, I met Darrell at a daily free community lunch provided by a social service organization. Darrell had a felony conviction in his past but he completed his sentence and probation years ago. Until we talked, Darrell was not aware that his voting rights were fully restored after he finished probation. Now that he knows he can vote, Darrell is more motivated to do so than ever. 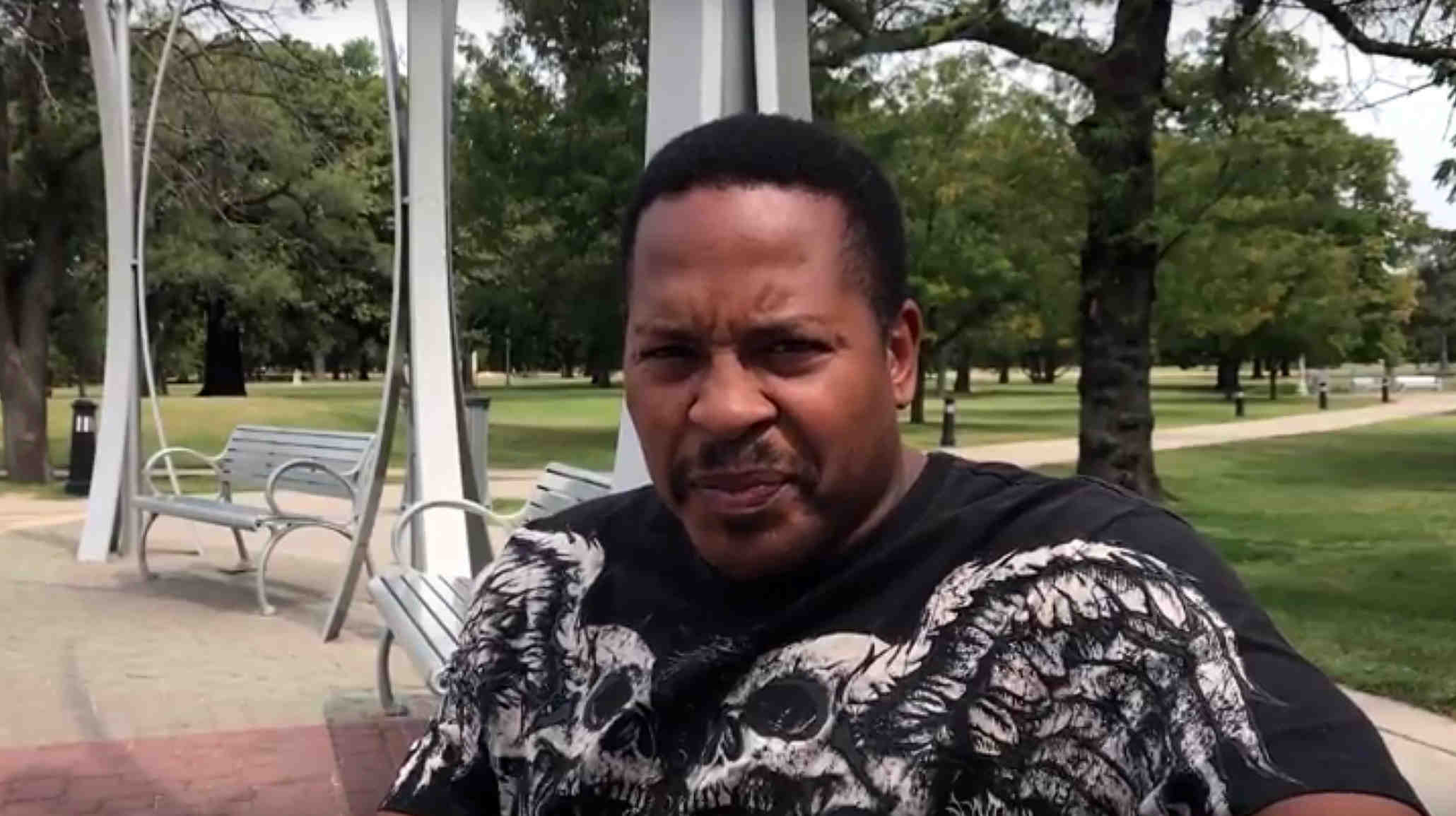 We’re Suing California Because It Threw Out More Than 45,000 Ballots in the...