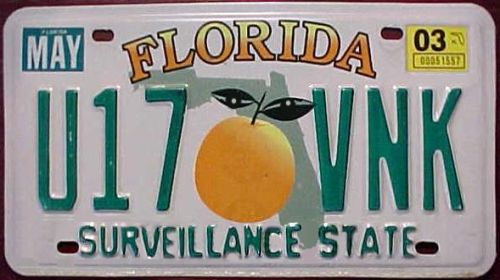 The City of Sunrise, Florida, tried to take a page from the CIA’s anti-transparency playbook last week when it responded to an ACLU public records request about its use of powerful cell phone location tracking gear by refusing to confirm or deny the existence of any relevant documents. And the state police are trying to get in on the act as well. We have written about the federal government’s abuse of this tactic—called a “Glomar” response—before, but local law enforcement’s adoption of the ploy reaches a new level of absurdity. In this case, the response is not only a violation of Florida law, but is also fatally undermined by records the Sunrise Police Department has already posted online.

A few weeks ago, the ACLU sent public records requests to 36 state and local Florida law enforcement agencies seeking information about their use of “cell site simulator” surveillance devices known as “Stingrays.” We were partly motivated by the discovery that the Tallahassee Police Department had argued in court to permanently seal court records discussing its Stingray use, apparently in deference to a nondisclosure agreement with the device’s manufacturer. That’s pretty offensive, but at least the new Tallahassee police chief has promised to investigate his department’s practices. The City of Sunrise’s position might be even more galling.

Today we sent a reply letter to Sunrise, explaining that it’s bad enough that the Glomar response has no basis under Florida law. Government agencies are required to respond to a public records request by searching for and releasing relevant documents, or explaining why individual documents fall within one of the narrow statutory exemptions to disclosure. Refusing to even confirm whether records exist violates the letter and spirit of the Florida Public Records Act.

But even more embarrassing for the city is that the Sunrise Police Department has already publicly acknowledged that it owns at least one Stingray. A document posted on the city’s public website reveals that in March 2013 the Police Department investigated purchasing a $65,000 upgrade to its existing Stingray device, as well as other related technology and services. (See here for an explanation of the abbreviations found on this form). An agency cannot acknowledge a fact in one context, but then refuse to confirm or deny the same information in response to a public records request. Sunrise’s response might be laughable if it weren’t such a bald violation of government transparency laws.

Sunrise is not the only entity attempting to conceal information about Stingray use. In response to an ACLU request, the Florida Department of Law Enforcement (the state police) released heavily redacted records revealing that the agency has spent more than $3 million on Stingrays, that it has signed agreements with a number of local and regional law enforcement agencies allowing them to use the FDLE’s devices, and that it has asked local agencies to sign non-disclosure agreements. (Florida newspapers have reported some of this information before, based on their own records requests). But the FDLE claimed that they don’t have to disclose any other responsive records, without telling us how many documents they withheld or why. We usually see this kind of response in the national security area; from a state police agency, it is particularly indefensible.

Today we also sent a reply letter to the FDLE explaining why its response is inadequate and asking it to release additional documents, including the text of the nondisclosure agreement and any policies and procedures it has setting rules about how and when Stingrays can be used.

In recent months the ACLU and the press have begun to uncover a disturbing pattern of police departments across the country deliberately concealing basic information about their use of Stingrays from the public. This technology raises serious questions under the Fourth Amendment. The public is entitled to full disclosure of records so it can engage in an informed debate about the legality and wisdom of these devices, and provide oversight of their use.