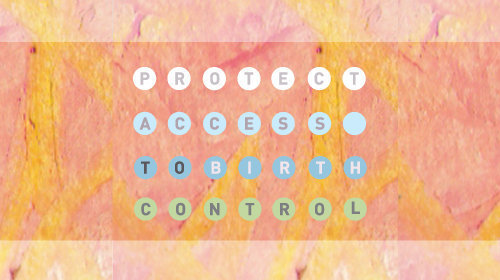 The update comes more than two years after a federal court ordered the FDA to approve Plan B One- Step as an over-the-counter drug for women of all ages without a prescription. It also comes more than five years after Native American women first reported that IHS facilities were failing to provide the women they serve adequate and appropriate access to emergency contraception.

The updated policy IHS released today is a long overdue and important step toward ensuring that Native American women have equal access to emergency contraceptive care. The policy must now be rigorously enforced so that every woman who relies on IHS for her health care can walk into an IHS pharmacy and obtain the services she needs and is legally entitled to.

So why, then, are Native American women still unable to get it at pharmacies run by the government?

This week, a group of Senators, led by Sen. Barbara Boxer (D-Calif.), wrote to the Department of Health and Human Services seeking answers to exactly that question. These senators were told back in 2013 that the Indian Health Service, the government agency that runs pharmacies used by many Native American women, would update its policy to ensure compliance with FDA standards.

Emergency contraception like Plan B is important health care for women, particularly for Native American women who are sexually assaulted at more than twice the national rate. It’s a safe way to prevent pregnancy after contraceptive failure, unprotected sex, or sexual assault – but only if taken quickly. It’s most effective within 12 hours, with effectiveness decreasing every 12 hours after that.

Because many Native American women who rely on IHS pharmacies live in very rural communities, IHS failure to make Plan B accessible effectively makes it unavailable. If a Native American woman can’t get Plan B at her local IHS facility, she can’t just walk down the block to another location. The next closest commercial pharmacy might be hundreds of miles away.

Native American women have waited too long for access to emergency contraception, which is now much more easily available to women across the country. The federal government is legally and morally obligated to ensure that these women and communities are not left behind.