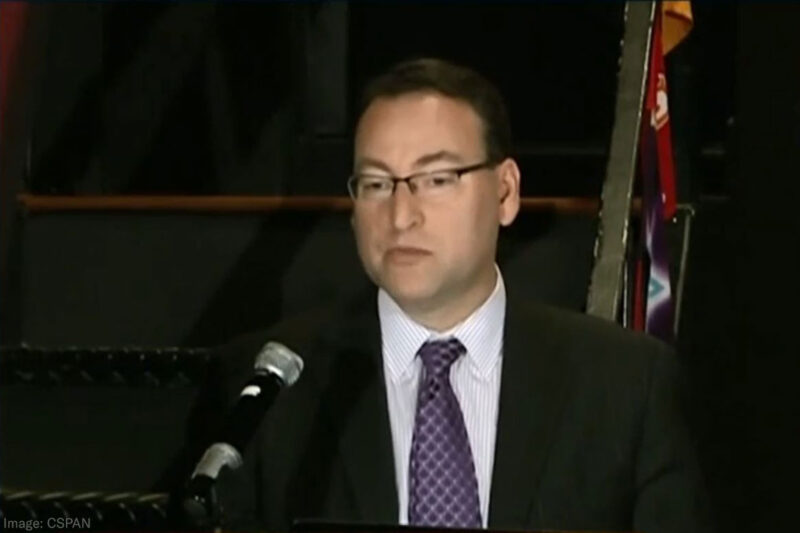 The Senate committee overseeing education voted yesterday, on party lines, to confirm President Trump’s nominee to run the Department of Education’s Office for Civil Rights. His nomination will now proceed to the full Senate for a final confirmation vote. Given the significance of the role in the protection of the rights of young people, senators should take a close look at Kenneth L. Marcus’s record before voting.

While the ACLU does not support or oppose any nomination for any government office, we strongly urge all senators to oppose moving forward on the nomination at least until they have had a meaningful opportunity to review and debate Marcus’s full record on civil rights.

Marcus’s past actions raise serious concerns about whether he will responsibly exercise his authority to protect the civil rights of students. In previous government positions, he has led political attacks on programs designed to ameliorate the historic effects of discrimination. More recently, he has played a central role in advocating for the suppression of student speech — particularly speech critical of Israel.

Marcus previously served as the staff director for the Bush-era U.S. Commission on Civil Rights. Under his leadership, the commission appeared to abandon its historic mission of vigorously investigating and reporting on civil rights abuses against vulnerable communities in favor of dismantling programs designed to protect these groups. Marcus, for example, called upon the American Bar Association to remove a requirement that law schools seeking accreditation demonstrate a commitment to diversity. The commission also failed to investigate serious civil rights abuses, such as reports that Black neighborhoods in Ohio did not receive sufficient numbers of voting machines in the 2004 election. Many of the commission’s state advisory committee members — its eyes and ears on the ground — left or were pushed out during Marcus’s tenure, only to be replaced by anti-civil rights activists or individuals with little relevant experience.

As the National Women’s Law Center has observed, Marcus’s recent testimony before the Senate is similarly troubling. He said that he agrees with the Department of Education’s decision to rescind guidance about schools’ Title IX obligation to address sexual assault. He also stated that he does not believe the department’s civil rights office is responsible for ensuring that undocumented students have equal access to education, contradicting a Supreme Court decision holding that “innocent children” may not be denied access to public education based on immigration or citizenship status.

Marcus has also expressed opposition to affirmative action and has stated that disparate impact discrimination — which occurs when a policy that might seem neutral disproportionately affects particular communities — does not amount to a civil rights violation. Instead, he has said that disparate impact should only be taken into account to reveal a “hidden discriminatory intent,” despite the fact that many policies implemented with benign intentions result in massive discrimination.

Marcus also ran the Department of Education’s civil rights office during the Bush administration. In that role, he proposed changes to federal Title IX regulations. His proposals would have paved the way for schools to implement sex-segregated programs that are inconsistent with the anti-discrimination principles enshrined in Title IX and the Equal Protection Clause. The regulation ultimately issued by the Department of Education cut back significantly on Marcus’s proposal, but it has still opened the door to widespread sex segregation.

Although Marcus has been laissez-faire about enforcing civil rights laws to protect women, LGBT people, and people of color, he has been a passionate crusader against students and others who criticize the Israeli government. After leaving the Bush administration, he founded the Louis D. Brandeis Center for Human Rights Under Law, which seeks to combat “the resurgent problem of anti-Semitism and anti-Israelism on university campuses.” As the Brandeis Center’s president, Marcus supported the filing of civil rights complaints against several universities, alleging that protests and other First Amendment-protected activities by Palestinian rights groups fostered a hostile educational environment towards Jewish students. None of these complaints were sustained, and the Department of Education dismissed several of them, noting that “the First Amendment protects speech critical of Israel and that such speech does not constitute a civil rights violation.”

Marcus has also expressed strong support for the Anti-Semitism Awareness Act, a congressional bill that would require the Department of Education to adopt the State Department’s definition of anti-Semitism for purposes of enforcing federal civil rights laws on college campuses. The State Department’s definition of anti-Semitism encompasses a wide range of speech and conduct, including blaming Israel for all political tensions, applying standards not demanded of other nations, and focusing only on Israel for human rights investigations.

To be clear, Jewish students must be protected against harassment, discrimination, and attacks, as should individuals of any ethnicity or religion. But, as the ACLU has explained, the bill could be interpreted to prohibit vigorous campus speech, protest, and other forms of advocacy critical of Israel, which would plainly violate the First Amendment.

As head of the Department of Education’s Office for Civil Rights, Marcus could push the government to start taking action against students who speak out against Israel, regardless of whether the Anti-Semitism Awareness Act passes. He could, for example, threaten to cut off federal funding to schools that allow students to engage in Boycott, Divestment, and Sanctions (BDS) campaigns and other protests against Israel. Even if such actions wouldn’t stand up in court, the mere threat could cause many school administrators to silence student speech. Marcus has a history of using these kinds of scare tactics — he once bragged that the Brandeis Center’s failed civil rights complaints serve their purpose because they “expose administrators to bad publicity.”

All students in the United States deserve access to an education free from bias and discrimination and to be secure in the exercise of their constitutional rights. In casting their vote, senators must evaluate Marcus’s ability to enforce civil rights laws and respect the First Amendment.