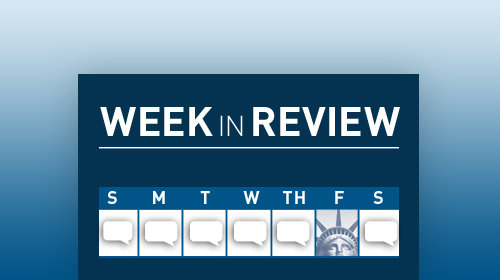 In which state is the Board of Education considering adopting for public schools new science textbooks that teach creationism based on Biblical principles?

What plants did a Texas SWAT team in search of marijuana plants find after a ten-hour raid of a small organic farm?

“Liking” something on what social network is considered constitutionally protected speech, according to a recent decision by the Fourth Circuit Court of Appeals?

Which three-letter government agency provides help to the NSA every 90 days to spy on Americans?

What private prison company was held in contempt of court for understaffing a prison in Idaho in violation of a legal settlement?

Texas Board of Education Celebrates Constitution Day by Promoting Creationism, Ignoring the Constitution

This Tuesday, on Constitution Day, we commemorated the anniversary of the signing of the Constitution in 1787. The Texas State Board of Education apparently celebrated the occasion by emulating the conditions of the original signing and pretending that the First Amendment does not exist (the First Amendment was not formally adopted until December 15, 1791). The Board held public hearings on its upcoming science textbook adoption, and the creationists on the board have set their sights on the state’s list of approved biology textbooks.

10-Hour SWAT Raid of Organic Farm? Just Another Day in the War on Drugs.

On Wednesday, a federal appeals court issued an important decision that reaffirms everyone’s right to speak freely on the Internet. The three-judge panel of the Fourth Circuit Court of Appeals found unanimously that, as we argued in our friend-of-the-court-brief last year, “liking” something on Facebook is undoubtedly constitutionally protected speech.

Three months after government whistleblower Edward Snowden and the Guardian revealed the NSA’s massive surveillance program, there’s no doubt the leak will be remembered for igniting the long overdue debate over civil liberties and security in the United States, as well as making the secretive NSA a household name. The critical role of one agency deeply involved in this scandal has not been fully examined, however, even though it requested the FISA Court order compelling companies to participate in the NSA’s bulk phone records collection program.

That agency is the Federal Bureau of Investigation.

CCA at It Again: Held in Contempt for Understaffing Prison and Lying About It

This week, a federal judge in Idaho issued a scathing decision finding the Corrections Corporation of America (CCA) in contempt of court – illustrating, yet again, that handing control of prisons to for-profit companies is a recipe for abuse, neglect, and misconduct.