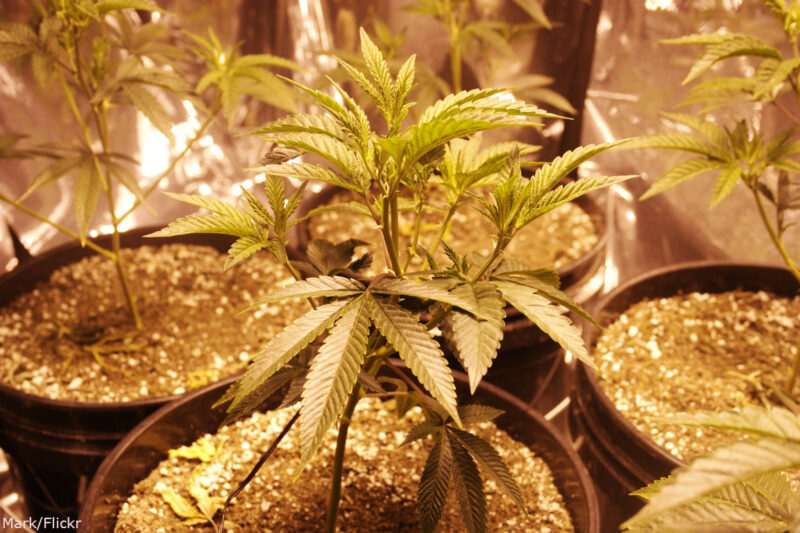 In a Phoenix courtroom, the future of medical marijuana dispensaries in Arizona hangs in the balance.

Last week, the Arizona Court of Appeals heard oral argument in the case White Mountain Health Center v. Maricopa County. The central issue presented in the case is whether federal law — the Controlled Substances Act — invalidates the state-regulated dispensary provisions in the Arizona Medical Marijuana Act through operation of the U.S. Constitution’s Supremacy Clause, which means federal law nullifies state law when there is an irreconcilable conflict.

Here’s a little background: The AMMA, which Arizona voters approved in 2010, requires those seeking to operate medical marijuana dispensaries to obtain certification from local authorities that the proposed dispensary location complies with all applicable zoning regulations. White Mountain Health Center, our client, sought this zoning certification from Maricopa County so it could open a dispensary. County officials refused to sign the zoning form, claiming that doing so would subject them to federal criminal prosecution for violating the CSA and, further, that the federal CSA invalidates the state AMMA. As a result, White Mountain filed this lawsuit, simply asking the court to force county officials to follow Arizona law. The state of Arizona intervened in the case and has argued that federal law invalidates the state law.

See, marijuana is still classified as a Schedule I drug under the CSA, which means that federal law prohibits nearly all use, distribution, possession, and cultivation, and in the eyes of the federal government, marijuana has “no…currently accepted medical use in treatment.” But a growing number of top policymakers and public health experts agree that this is an outdated and improper classification. Even former United States Attorney General Eric Holder recently expressed his belief that marijuana “ought to be rescheduled.”

So does the federal prohibition on marijuana mean that Arizona can’t take a different approach for purposes of its own state law?

In making this determination, the court of appeals must consider Congress’s intent. In a 2006 decision, the Supreme Court recognized the CSA’s main objectives are reducing drug abuse and managing the traffic of all controlled substances, both legal and illegal.

Like many state medical marijuana laws, the AMMA requires patients who want to use medical marijuana to be diagnosed with a qualifying debilitating medical condition and to receive certification from a licensed healthcare provider. The law and its implementing regulations further require producers and distributors to receive annual training by a medical professional and to be vetted by the Arizona Department of Health Services. Given how tightly regulated the system is, the AMMA actually helps curb drug abuse and stops the flow of unregulated drug traffic, thus furthering the CSA’s objective and honoring Congress’ intent.

In April 2015, the Arizona Supreme Court held that the CSA does not invalidate provisions in the AMMA that provide cardholding medical marijuana patients with immunity against state-level penalties based on marijuana activity that complies with state law. The court ruled that Arizona’s medical marijuana law does not conflict with, or “frustrate the CSA’s goals of conquering drug use or controlling traffic.”

In recent years, Congress provided very clear guidance about how it views the relationship between the CSA and state medical marijuana laws in the bipartisan Rohrabacher-Farr Amendment to the federal budget (Sec. 542 on page 223). First approved in 2014, this amendment prohibits the Department of Justice from using money to interfere with the administration of medical marijuana programs in Arizona and 41 other states, territories, and D.C. Simply put, the passage of the Rohrabacher-Farr Amendment clearly demonstrates that Congress respects states’ medical marijuana laws, and it does not want the federal government to obstruct or impede them.

Last October, a federal district court judge issued an order allowing for the reopening of a California medical marijuana dispensary, finding that the Rohrabacher-Farr amendment demonstrates Congress’ intent “that States implement their medical marijuana laws in the ways they see fit,” without federal intrusion.

And now it’s Arizona’s turn to determine how to implement its own medical marijuana laws—a decision that has the potential to influence medical marijuana laws nationwide given that courts may turn to other courts’ rulings when deciding such cases. As the Arizona Court of Appeals considers whether the CSA invalidates the dispensary provisions in the AMMA in White Mountain Health Center v. Maricopa County, the court has an opportunity to honor the will of Arizona voters and contribute to the growing number of court decisions ruling that states can choose a different path than the federal government’s outdated and irrational marijuana policies.