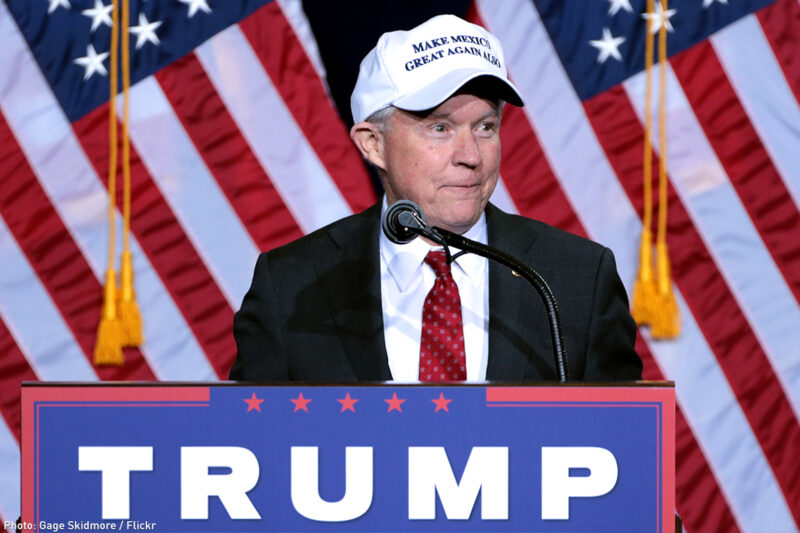 Attorney General Jeff Sessions is right to be concerned about recent increases in violent crime in some of our nation’s largest cities, as well as a tragic rise in drug overdoses nationwide [“Lax drug enforcement means more violence,” op-ed, June 18]. But there is little reason to believe that his response — reviving the failed “war on drugs” and imposing more mandatory minimums on nonviolent drug offenders — will do anything to solve the problem. His prescription contravenes a growing bipartisan consensus that the war on drugs has not worked. And it would exacerbate mass incarceration, the most pressing civil rights problem of the day.

Sessions’s first mistake is to conflate correlation and causation. He argues that the rise in murder rates in 2015 was somehow related to his predecessor Eric Holder’s August 2013 directive scaling back federal prosecutions in lower-level drug cases. That policy urged prosecutors to reserve the most serious charges for high-level offenses. Holder directed them to avoid unnecessarily harsh mandatory minimum sentences for defendants whose conduct involved no actual or threatened violence, and who had no leadership role in criminal enterprises or gangs, no substantial ties to drug trafficking organizations and no significant criminal history. (Mandatory minimums can lead to draconian sentences, as in the case of Ramona Brant, a first-time offender sentenced to life imprisonment for her part in distributing drugs at the direction of an abusive boyfriend). Individuals who met the stringent criteria of Holder’s policy would still be prosecuted, but they would be spared overly long mandatory minimums. Sessions offers no evidence that this policy caused the recent spikes in violent crime or drug overdoses. There are three reasons to doubt that there is any significant connection between the two.