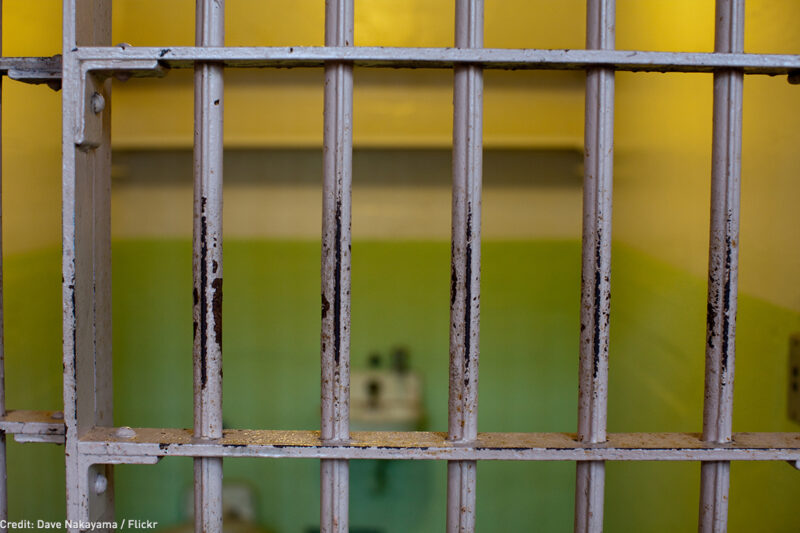 Patrick Beadle, a 46-year-old father and musician, received an eight-year prison sentence in Mississippi for possessing 2.89 pounds of marijuana. If his sentence stands, he would spend nearly a decade behind bars for possessing a substance that is legal in nine states and now all of Canada. Such a severe, inhumane sentence speaks volumes about the inanity and heartlessness of our criminal justice system. But this story gets worse.

Mr. Beadle says he bought the marijuana legally in Oregon, where he is a resident and a medical marijuana patient. Oregon is one of 30 states that have legalized medical marijuana and one of the nine states in which recreational use is also legal.

Mr. Beadle said that the marijuana in his possession was solely for his personal use. Prosecutors in Mississippi, where he was charged for violating the state’s drug trafficking law, have admitted that they had no evidence to prove that Mr. Beadle was involved trafficking. But Mississippi doesn’t have the third highest incarceration rate in the world for no reason.

Mr. Beadle was pulled over at 10 a.m. by police in Madison County for crossing over a lane line on the side of the road, a useful pretext for police who are racial profiling. Indeed, the Madison County Sheriff’s Department has long had a culture of rampant racism, targeting the Black community using roadblocks, checkpoints, warrantless home searches, and “jump out” patrols. Such unconstitutional practices led to a lawsuit in 2017 filed by the ACLU, the ACLU of Mississippi, and the law firm Simpson Thacher & Bartlett on behalf of Black residents of Madison County. The lawsuit has, in turn, resulted in the discovery of racist e-mails sent within the Department extolling white pride and denigrating people of color.

Mississippi does not stand alone when it comes to racial bias in marijuana enforcement. Indeed nationwide, Black people are almost four times as likely to be arrested for marijuana possession as white people despite comparable usage rates. But Mississippi is an outlier in the harshness of its penalties for marijuana offenses. It is one of only four states – Mississippi, Alabama, South Dakota, and Louisiana – where possession of marijuana can result in mandatory life-without-parole sentences under habitual offender statutes.

In the majority of states where marijuana possession remains illegal, marijuana arrests and prosecutions soak up resources that could otherwise be used for social programs and community services.

Marijuana policy in this country – and drug policy more broadly – has long been racist in effect and horribly harmful to communities of color. Such policies have done nothing to stem drug use or availability and continue to cost billions of dollars for enforcement and incarceration. Though a growing number of states are starting to see the light and have moved toward more progressive drug policies, tens of thousands of people like Mr. Beadle are ensnared in laws that have ruined countless lives.

So while people in Colorado, or Washington, or California, or Maine, or Nevada, or Oregon, or Vermont, or Massachusetts, or Alaska can buy and possess marijuana for personal use, other states continue criminalizing, prosecuting, and aggressively punishing people – disproportionately people of color – for marijuana use.

America should follow Canada’s lead and stop imprisoning people for marijuana and instead start redirecting resources to more urgent community needs. We are decades overdue.