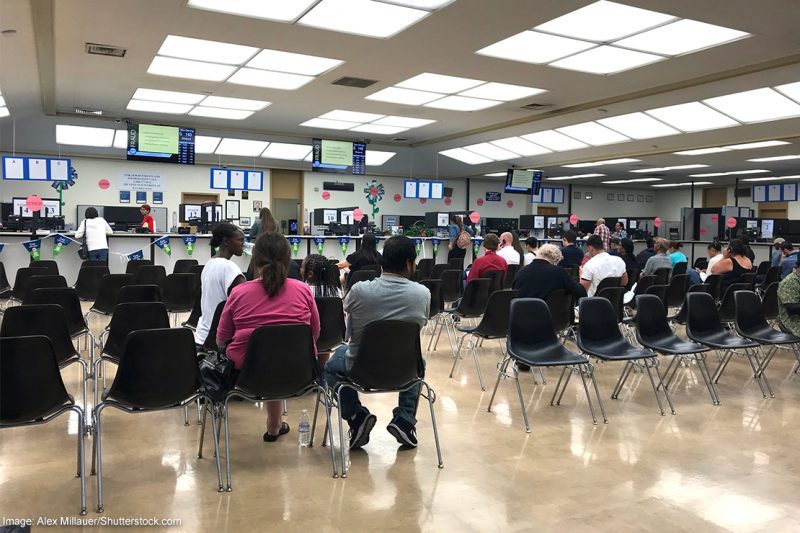 In the tragic killing of Daunte Wright, police claimed they stopped him because when they ran his plates, they found he had unpaid fines and fees. Fines and fees are part of a nationwide problem where state and local governments rely on law enforcement for revenue generation. When policymakers allow counties and states to rely on fines and fees to fund essential services, they perversely incentivize the over-criminalization and over-policing of innocuous conduct. More laws fining minor offenses create more opportunities to issue money-making tickets and, consequently, provide more excuses for police to engage in race-based surveillance under the guise of the law.

Wright’s death is just the most recent example of the devastating harm caused by employing law enforcement officers as debt collectors. Every year, there are 30 million cases related to minor infractions punishable by fines and fees ⁠— many of which give cops an excuse to make pretextual traffic stops. Our new report, “Reckless Lawmaking,” proposes a simple fix to stop over-policing and decrease income inequality: end debt-based license suspension.

In our study, we reviewed the state policy landscape and conducted in-depth semi-structured interviews with 16 people who had unpaid fines and suspended licenses. Each interview proved that debt-based suspensions make it nearly impossible for drivers to pay off their debts.

Suspensions are counterproductive to improving collection outcomes. If a driver can’t afford a parking ticket, they also can’t afford the late fee for the missed payment. Take Dario, one of our interviewees, who was pulled over by the police for “tinted windows.” When he couldn’t afford to pay the initial ticket of $225, he got slapped with an extra $807 in fees, for a grand total of $1,032. Neither the police nor the court cared that Dario couldn’t afford the charges and his license was suspended pending repayment. But because he worked 35 miles from his home, the suspension cut his income in half.

“Since I couldn’t drive to work, I lost my job,” Dario explained ⁠— a story that repeated itself across multiple interviews.

Suspending Dario’s license for tinted windows keeps nobody safer, but the policy behind the suspension endangers many people. When policymakers rely on predatory fines and fees to fund government services, they not only impoverish drivers, they also incentivize unnecessary encounters with the criminal legal system and waste city resources. Our interviewees faced required court appearances, compounding criminal charges, and even jail time for failure to pay. For example, our interviewee Jessica from Florida had her license suspended when she could no longer afford her car insurance premium. When she missed a court date, she was arrested for failure to appear.

“When I got to court, I almost had a nervous breakdown,” relayed our respondent Rosie from Colorado. “I thought, ‘This is just one ticket.’ Then I saw I was facing actual criminal charges. I couldn’t breathe.”

Even when pretextual policing doesn’t result in death or police brutality, it still has devastating mental and emotional health consequences for impacted individuals. “When I got to court, I almost had a nervous breakdown,” relayed our respondent Rosie from Colorado. “I thought, ‘This is just one ticket.’ Then I saw I was facing actual criminal charges. I couldn’t breathe.” Another respondent, Katy, shared, “I had my small child with me at the time. It was very traumatic. The cop was very aggressive and threatening.”

Our legal system should benefit the people it serves. Taking away driver’s licenses from people struggling to pay their debts is bad public policy, plain and simple. We need policies that reflect the economic reality of Americans surviving a pandemic, recession, and gilded-era wealth inequality. It’s common sense: Debt-based license suspensions are bad public policy.