The Use of Civil Asset Forfeiture in New Jersey Is Broken 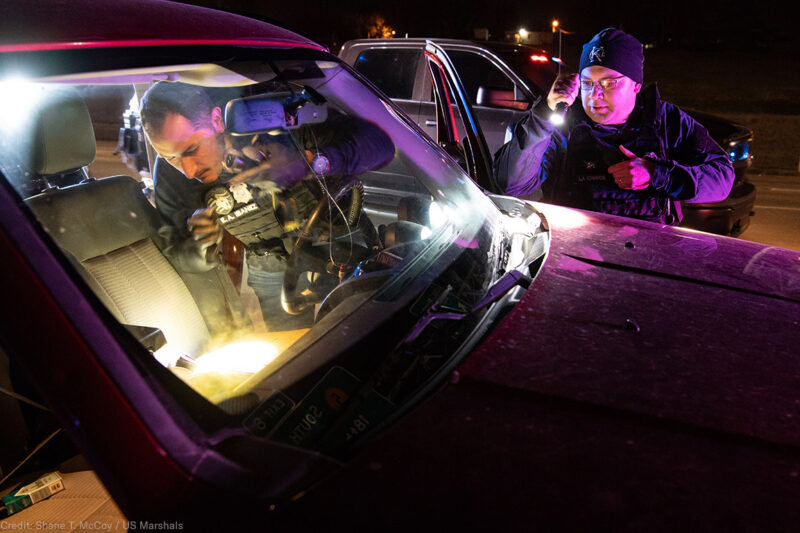 I’ve spent the last year representing people in civil asset forfeiture cases across New Jersey. It looks nothing like justice.

The ACLU of New Jersey recently issued a report on the use of civil asset forfeiture in our state, and the findings are alarming. The forfeiture system is failing all New Jerseyans — especially those in low-income communities and communities of color. In most cases I’ve seen this year, claimants won their money or property back. But they are the exceptions — not for having winning cases but for coming forward to make the government prove its claims.

Claimants challenge forfeitures in just 3 percent of cases in New Jersey. Prosecutors count on winning default judgments. Between January and June of 2016, claimants went to court in only 50 of the over 1,860 cases initiated by county prosecutors in the state. Those 1,860 cases involved more than $5.5 million in seized cash, 234 cars, and even a home.

It’s no accident so few people fight back. Most seizures take place in heavily policed, low-income communities. Of the 10 cities with the highest frequency of seizures in New Jersey, eight are among the poorest in the state, falling within the bottom quartile in median income rankings.

Often, just the court filing fees are prohibitive, let alone the cost of hiring a private attorney. Public defenders in New Jersey are generally barred from representing their clients in civil matters, and most legal services providers don’t offer free assistance in forfeiture cases. The combined costs of litigation frequently exceed the value of the seized property, so mounting a challenge is a losing proposition from the start.

A claimant who can overcome these financial barriers, however, quickly faces an uphill legal battle. The government only needs to prove by a preponderance of the evidence — “more likely than not” — that assets are linked to criminal activity in order to permanently seize them, delivering a windfall to the initiating law enforcement agency. This standard applies even if claimants are never criminally charged or criminal charges against them are dismissed.

If I stopped you on the street, took the money from your wallet, and asked you to tell me exactly where, when, and how you got every dollar, could you? When challenging the seizure of their property, claimants have to justify every cent to their name. Accordingly, claimants face the exceedingly difficult task of proving a negative: that their money was not connected to a crime.

Several clients I worked with didn’t have bank accounts, making them particularly vulnerable to cash seizures. Police and prosecutors treated their possession of a large sum of cash as evidence of a crime. But carrying a few hundred dollars at a time isn’t against the law and it isn’t a smoking gun. For many, it’s a month’s rent, a week’s wages, or a loan from a family member.

One client of mine, Andrew,* was stopped by police outside his home in Newark. A pair of officers had arrested someone for buying a small amount of marijuana a few blocks away. When they called for backup, the officers shared a description of the seller: a Black man in dark clothing. The responding officers determined Andrew fit that description.

Andrew had no drugs or paraphernalia, but he did have about $750 with him. When we provided the prosecutor with proof that he had received a monthly Social Security payment of $780 just five days prior, the prosecutor asked skeptically, “And then it turned into cash?” Apparently, this alchemy — the kind an ATM or bank agent performs — was more far-fetched than Andrew’s innocence.

Reform could lie just around the corner though.

The United States Supreme Court is poised to weigh in on civil asset forfeiture this term. Timbs v. Indiana presents the court with a relatively discrete question: Whether the safeguard against excessive fines contained in the Bill of Rights constrains actions by the states in addition to the federal government. Commentators are confident that the court will answer yes. And many are optimistic the court will go further by imposing new limits on the use of civil asset forfeiture.

States like New Jersey, however, should not wait for a Supreme Court ruling to institute basic due process protections in civil asset forfeiture cases.

For all practical purposes, civil asset forfeiture operates as a form of punishment, and, as such, the protections afforded to criminal defendants should attach. There should be a right to counsel in every case; prosecutors should meet the criminal burden of proof “beyond a reasonable doubt;” and no forfeiture should take place absent of a criminal conviction.

In addition, law enforcement should not directly profit from civil asset forfeiture. Cash and proceeds from seized property should be deposited in the state general fund rather than funneled back into the coffers of the initiating agency or department.

Finally, the government must turn on the lights. The New Jersey Legislature is considering a bill that would increase accountability by requiring county prosecutors to track and report information on seizures and forfeiture actions. Passage would be a critical first step on the path to meaningful change.

*Andrew is a pseudonym used to protect the identity of the client.