When We Fight, We Win: Victories in the Fight Against Face Surveillance Keep Piling Up 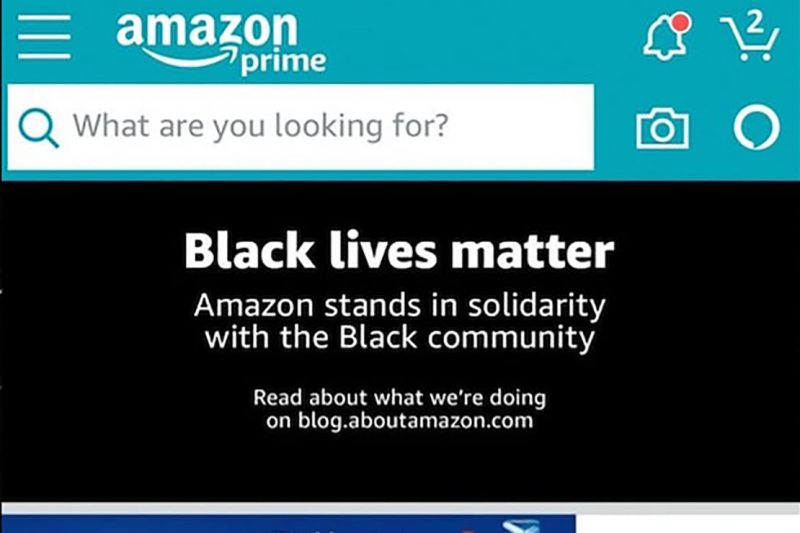 The extension of Amazon's moratorium is a major win for racial justice, curbing police powers, and privacy — but we won’t stop fighting until all people are protected.

After years of advocacy, grassroots organizing, and on the cusp of the one-year anniversary of when hundreds of thousands of people joined in solidarity with Black organizers by marching to support Black lives and to divest from racist policing, we’ve reached a major milestone: Amazon has announced it will stop selling face recognition technology to police — indefinitely.

Amazon had previously announced a one-year moratorium on sales to police that was set to expire on June 10. The initial moratorium was issued weeks into renewed nationwide protests following the police murder of George Floyd in Minneapolis, when a few big-name brands pledged to back their commitment to fighting racism with action. Among those companies were Amazon, Microsoft, and IBM, with each announcing changes to their face recognition technology sales practices. A year later, it’s worth returning to the statements these companies made during that moment of national reckoning, looking closely at what’s changed since, and asking what’s next.

IBM’s announcement was the most impressive. In light of police treatment of Black and Brown people, and the racial disparities baked into many face recognition technologies, the company said it would stop manufacturing and selling the systems altogether. Two days later, Amazon told the public it would stop selling its face surveillance technology, Rekognition, to police departments for one year. “We hope this one-year moratorium might give Congress enough time to implement appropriate rules,” the company said. Microsoft spoke up the very next day, with President Brad Smith telling the press, “We will not sell facial recognition technology to police departments in the United States until we have a national law in place, grounded in human rights, that will govern this technology.”

Those announcements were a long time coming. In May 2018, the ACLU and dozens of civil rights, religious, community-based, and labor organizations called on Amazon to stop selling its face recognition technology to government agencies. The following year, we extended the call to include Google and Microsoft. As far as we know, Google does not provide face recognition technology to police departments — a move we applaud. Amazon and Microsoft rebuffed our demand to stop selling to governments, and continued with business as usual.

But that was before George Floyd’s murder was broadcast to the world, and the righteous, Black-led movement that followed. The cry for justice was too loud for even the most powerful companies in the world to ignore. Microsoft and Amazon finally took real action to ensure their face recognition technologies could not be used by police to harm Black and Brown people.

By then, the movement to fight racially-biased, dystopian face surveillance had been building for years. Researcher Joy Buolamwini’s work documenting racial and gender bias in face recognition algorithms had been backed up by a December 2019 National Institute for Standards and Technology report. A handful of cities had banned face surveillance, including San Francisco and Cambridge, Massachusetts, both home to tens of thousands of high-tech workers. Boston was on the precipice of passing its own face surveillance ban — the largest city on the East Coast to take the step. Companies like Amazon and Microsoft were playing catch-up when they finally acknowledged the dangers of putting face recognition technology in the hands of police.

Now that Amazon has extended its moratorium, Microsoft is trailing its peers in this fight. In fact, the company has been actively lobbying to shape regulations on the technology — frequently in direct opposition to calls from community and civil rights leaders across the country. In the face of nearly 20 municipal bans on government use of face recognition tech, and a handful of state laws strictly limiting police use, Amazon and Microsoft have said they want Congress to create national standards. But tech companies have poured millions of dollars into lobbying Congress, and their idea of what constitutes appropriate regulation does not align with the vision shared by community activists and civil rights groups.

One year on, the underlying conditions that prompted Microsoft and Amazon to halt their face recognition sales to police departments have not changed. Face recognition is still racially biased. Police continue to surveil, brutalize, and terrorize Black and Brown people across the nation. And despite calls to divest from policing and reinvest resources in different community and safety priorities, police department budgets in too many places have actually increased over the past year. Absent laws to protect the public interest, police departments will continue to pour millions of dollars into surveillance systems, and people of color will continue to bear the brunt. Face recognition technology has already led to the false arrests and wrongful incarceration of multiple Black men.

Amazon’s announcement yesterday was a major win for racial justice, curbing police powers, and privacy, and it should inspire us to continue. At the federal level, we will keep the pressure on President Biden to halt federal use of face recognition technology, and activists at the state and local level will continue to fight for bans and strict limitations on government use. We won’t stop fighting until all people are protected.

But standing in the way are the profit motives of technology companies that hope to sell their face surveillance systems to as many government agencies as possible. The companies may want to have it both ways — to be seen as socially positive actors in the Black Lives Matter era while maximizing profits. But they can’t have their cake and eat it, too. If Black lives mattered to them in June 2020, they must matter today. Amazon did the right thing — at least for the time being — and now we’re looking at Microsoft: We haven’t forgotten what you said last year, and we are watching.