Washington State May Make It Easier to Sterilize People With Disabilities 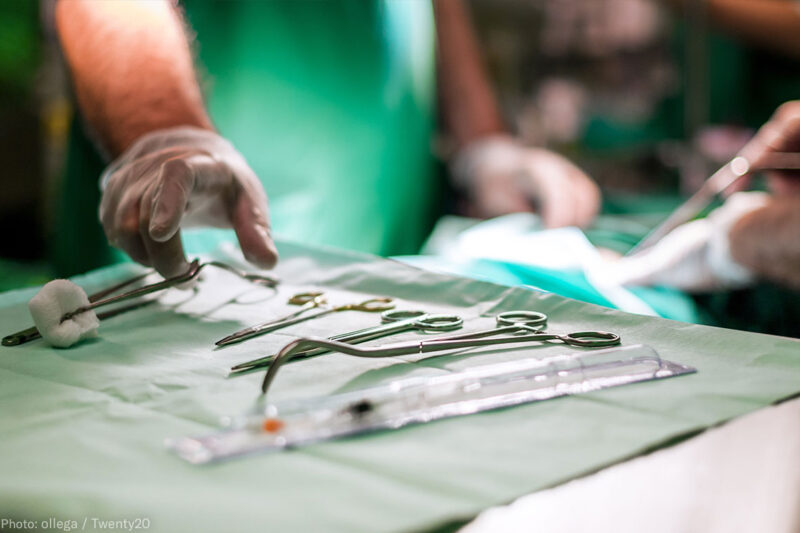 Even in the age of the eugenics movement, where tens of thousands were involuntarily sterilized by state governments who sought to breed “better” human beings by removing disability from the gene pool, the Hewitt case attracted nationwide attention. Could a diagnosis of disability allow parents to control their child’s reproductive future against his or her will?

Ann believed it could not, summarizing her fate matter-of-factly. “I had no dolls when I was little, and I’ll have no children when I’m old,” she said. “That’s all there is to it.”

We’ve come a long way since the age of the eugenics movement, particularly when it comes to matters of reproductive choice and bodily autonomy. And yet, state laws still allow people with disabilities to be sterilized without their consent. Today the state of Washington is considering a proposal that the ACLU believes could expand the use of sterilization for individuals under guardianship. Guardianship is a surprisingly common legal arrangement where a third-party is authorized to make virtually all decisions for a person with a disability.

Currently, state law fortunately prohibits guardians from authorizing sterilization without court approval — but the state judicial system is currently considering a proposal to create a form to more clearly articulate how guardians can request permission for this procedure. While the proposal is designed to clarify existing law, advocates with disabilities and the ACLU believe that creating this form will streamline the process and increase the number of guardians requesting the sterilization of those under their power.

Whether it comes from parents, the court system, or anyone else, sterilization should never be imposed on a person without their consent.

For those who do choose it for themselves, sterilization can be an appropriate medical procedure. But the presence of guardianship seriously complicates the issue. Guardianship entails loss of legal adulthood, meaning that an individual lacks capacity in the eyes of the law to make their own decisions or express their own will and preference on how they should be treated. Measures to make it easier for guardians to permanently sterilize people with disabilities should be viewed as suspect. The Hewitt case is only one example in a long line of disagreements over who gets to make choices about medical procedures applied to people with intellectual disabilities.

Such decisions are often treated as family choices rather than questions of individual autonomy, which should require an expression of preference on the part of the person receiving the procedure. Some guardians cite fears of sexual assault in choosing to sterilize people with disabilities — yet sterilization in no way prevents the sexual assault of people with developmental disabilities, an all too common occurrence. Instead, it can merely hide evidence of it. As such, there are credible concerns that guardians may seek sterilization as a means of lessening the complications emerging from abuse, rather than taking the measures necessary to stop it.

The state of Washington should decline to streamline the process for guardian-imposed sterilization. The state can ensure that individuals who require decision-making support have a clear process by which they — rather than their guardian — can request such a procedure (if it is truly their choice to do so). Guardianship, with its total loss of decision-making authority by the individual, is not the appropriate mechanism for this. Instead, the state should consider joining Texas, Delaware, and jurisdictions around the world in implementing supported decision-making, a new legal arrangement that allows people with disabilities to choose trusted advisors to help them with their choices without surrendering final decision-making authority.

Control over one’s own body is one of the most fundamental civil liberties. Everyone deserves the right to have the final say about what happens to their own body. People with disabilities are no different.