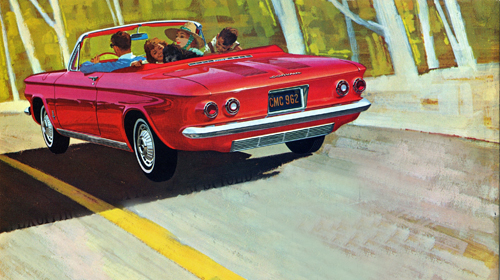 The Drug Enforcement Administration is using its license plate reader program not only to track drivers’ locations, but also to photograph these drivers and their passengers, according to newly disclosed records obtained by the ACLU via a Freedom of Information Act request.

One internal 2009 DEA communication stated clearly that the license plate program can provide “the requester” with images that “may include vehicle license plate numbers (front and/or rear), photos of visible vehicle occupants [redacted] and a front and rear overall view of the vehicle.” Clearly showing that occupant photos are not an occasional, accidental byproduct of the technology, but one that is intentionally being cultivated, a 2011 email states that the DEA’s system has the ability to store “up to 10 photos per vehicle transaction including 4 occupant photos.”

The DEA documents are just the latest indication that license plate scanners are not always focused just on license plates.

This aspect of license plate scanning technology has not received enough attention. ALPR manufacturers and law enforcement agencies have argued that images of license plates cannot be used to identify individuals, and thus do not infringe on our individual privacy. This argument is thin already, but it certainly doesn’t fly with regards to photographs of the driver or passengers inside of a vehicle — especially in the era of face recognition analytics. Law enforcement is already using license plates to identify and track people — photographs of car occupants only allow agencies to be even more sure of exactly who they are surveilling.

Some law enforcement agencies that employ ALPRs recognize that the technology should not be used to capture photos of vehicle occupants. We obtained an ALPR policy from Tiburon, California that speaks to our privacy concerns. The policy states that “cameras will be directed only to capture the rear of vehicles and not into any place where a ‘reasonable expectation of privacy’ might exist.” This means that the ALPRs “will not be able to ‘see’ or photograph vehicle occupants because the camera will only be photographing the rear of vehicles, it will not be able to create a record of its occupants.” Tiburon’s policy shows that there are precautionary measures that can be taken to (at least partially) avoid infringing on individual privacy. Unfortunately, there is no evidence to suggest that most law enforcement agencies are taking such measures.

Tracking movement and saving individuals’ photos is particularly worrisome if the DEA is targeting First Amendment-protected activity. As we stated in our blog post on the DEA’s plans to monitor gun shows, an automatic license plate reader cannot distinguish between people transporting illegal guns and those transporting legal guns, or no guns at all; it only documents the presence of any car driving to the event. A photo of a car’s occupants, however, documents much more — and intensifies our concerns about the targeted use of this technology. We don’t want to see someone’s photo entered into a facial recognition database simply because a person’s presence at a gun show (or any other gathering) is considered suspicion of illegal activity.

The DEA has yet to release any policies that govern the use of license plate readers or the database of Americans’ locations that it creates. It is unclear if any court or process oversees or approves the use of this intelligence, or if other government agencies have access to the photographs. This all highlights the need for more light to be shed on this program and others like it.