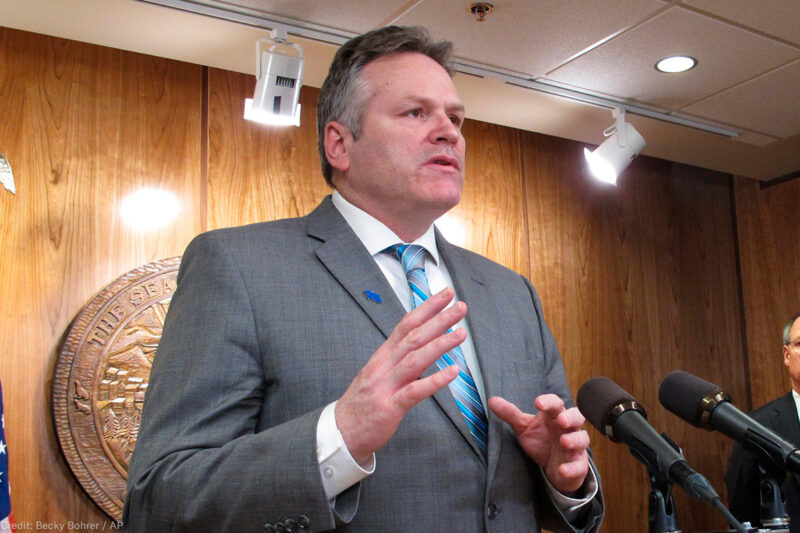 Days after being elected governor of Alaska, Michael Dunleavy requested resignations from more than 1,200 at-will state employees. Those who didn’t resign were later fired. This kind of political retaliation against non-political state workers is an attack on the very foundations of free speech and good government.

It is not unusual for newly elected chief executives at the federal, state, and local levels to replace political appointees. But such political tests can only reach so far down into the public workforce before they violate the First Amendment rights of government employees. In this case, it definitely crossed the line, and we’re suing Gov. Dunleavy for his unconstitutional purge on behalf of three state employees who wrongly lost their jobs.

At the heart of this case are public comments made by Dunleavy’s chief of staff, Tuckerman Babcock, after his call for resignations was criticized by local media, state legislators, and the soon-to-be-replaced governor. They rightly said that it was inappropriate for hundreds of non-political employees who had never been included in such requests by previous administrations — such as doctors, state tax code specialists, investment managers, petroleum geologists, IT professionals, loan officers, and veterans affairs coordinators — to be forced out of their jobs.

Babcock made the illegality of the policy clear as day when he responded in the media by saying that for those at-will state employees to keep their jobs, they not only needed to resign, but also reapply through the governor-elect’s transition team. During this re-application process, the employees were made to answer this two-part question: “Do you want to work on this agenda, do you want to work in this administration?” Babcock went on to say that those who didn’t answer in the affirmative signaled their “wish to be terminated.”

Although Alaska is an at-will employment state, that doesn’t mean employees can be fired for any reason. For example, anti-discrimination laws bar firings for reasons such as race, sex, or age. And no one loses their First Amendment rights just by working for the state.

We represent two state psychiatrists who refused to resign and an assistant attorney general who did resign but made clear that she was only doing so because she was told she had to in order to keep her job. All three were terminated as soon as Dunleavy took office.

The two doctors were fired for not resigning as ordered, and the assistant attorney general was terminated for blogging about her own personal political views, which differed from the new administration’s.

The Supreme Court has ruled multiple times that the First Amendment protects the right of public employees in non-policy-making roles to comment on matters of public interest.

The right to free speech includes both the right to speak freely and the right to refrain from speaking at all. The right not to speak also prohibits the state from compelling rank-and-file public employees to pledge allegiance to any particular political brand of government.

Political litmus tests like this are the root of a corrupt spoils system that our country worked for generations to eradicate. We’re not about to let it come back now.