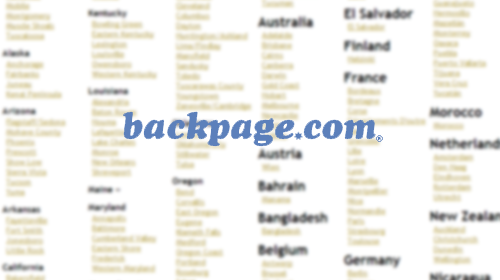 The House of Representatives is set to take up a bill this morning that would result in severe unintended consequences for free speech online. We are understandably concerned. The measure aims to target the deliberate commercial promotion of either coerced or underage prostitution ­– both of which are, rightly, serious federal crimes – but would unfortunately go much further.

So, why should we care? After all, this stuff is unsavory, and trafficking is about as evil as it gets. The ACLU itself is an aggressive anti-trafficking advocate, and we recently secured a major win banning such activity by U.S. government contractors.

The short answer is because the bill would unintentionally shut down lawful speech. The long answer is because it will result in a “notice-and-takedown” regime where both law enforcement and members of the public will notify platforms that a particular ad looks troubling, and risk-averse advertisers will immediately take it down without any due diligence to make sure it is, in fact, illegal. The most risk-averse will ban certain ads — and other speech — wholesale, just to be safe.

How did this all come about?

The bill is part of a concerted effort by members of Congress to censor Backpage.com, the biggest online classifieds site after Craigslist. A couple years ago a few federal legislators and state law enforcement officials forced Craigslist to remove its adult services ads. Backpage didn’t bow to the pressure. The ads in question weren’t illegal, and Backpage has its own procedures in place to filter out ads featuring underage or coerced subjects. It also cooperates fully with law enforcement when such ads are posted.

As for the bill, rather than narrowly targeting websites that knowingly advertise these despicable practices, it would allow police to criminally pursue a website that has no idea it is hosting, and has procedures in place to prevent, ads featuring criminal activity. It does so because the “intent standard” – what a prosecutor has to prove the defendant knew – is vague.

This would create two big problems.

First, as noted, this would create an effective notice-and-takedown regime, where sites just remove content wholesale when notified of a potential problem. Second, and perhaps worse, websites could start making themselves “willfully blind.” That is, given the lack of clarity in what the sites have to know to be prosecuted, they would stop prescreening ads to look for criminal activity. In other words, the bill would unintentionally discourage good corporate citizenship and potentially make the problem worse.

Crucially, this bill won’t just permit an anti-Backpage crusade. It’ll apply to any website where you might potentially find prostitution ads, including Tinder, Grindr, OkCupid, Plenty of Fish, and even Twitter, Facebook, Tumblr and, yes, the supposedly reformed Craigslist.

Lawmaking is messy stuff, and mistakes like this happen. Working to combat coerced or underage prostitution is incredibly important; however, legislation must be carefully drafted to be sure to protect our free speech rights online.

Hopefully, the bill can be fixed. If not, you’ll be hearing a lot more from us.