The Assault on Environmental Protest 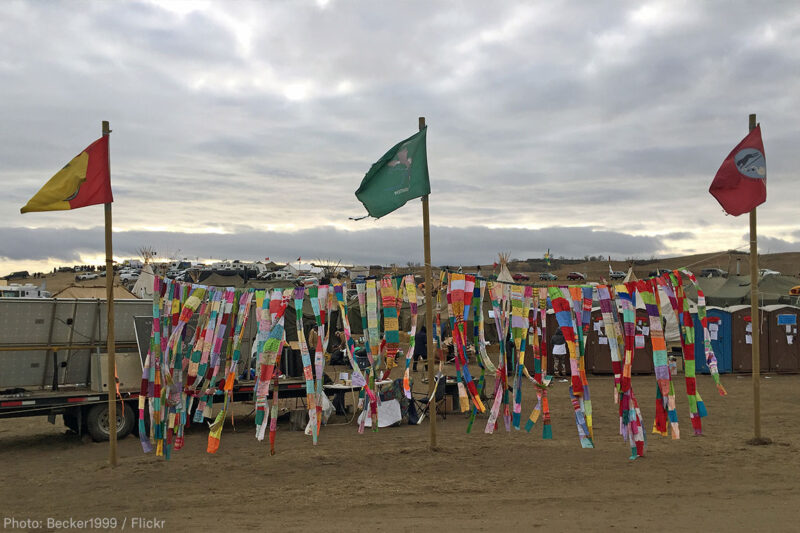 More than 50 state bills that would criminalize protest, deter political participation, and curtail freedom of association have been introduced across the country in the past two years. These bills are a direct reaction from politicians and corporations to the tactics of some of the most effective protesters in recent history, including Black Lives Matter and the water protectors challenging construction of the Dakota Access Pipeline at Standing Rock.

If they succeed, these legislative moves will suppress dissent and undercut marginalized groups voicing concerns that disrupt current power dynamics.

Efforts vary from state to state, but they have one thing in common: they would punish public participation and mischaracterize advocacy protected by the First Amendment.

For example, bills introduced in Washington and North Carolina would have defined peaceful demonstrations as “economic terrorism.” In Iowa, legislators are currently considering bills that would create the crime of “critical infrastructure sabotage.” Labels like “terrorists” and “saboteurs” have long been misused to sideline already oppressed groups and to vilify their attempts to speak out.

Other bills are written so broadly that they could impose criminal penalties and devastating fines simply for offering food or housing to protestors. For instance, a bill currently being considered in Wyoming would impose a $1 million penalty on any person or organization that “encourages” certain forms of environmental protest. Legislation introduced in Tennessee, Florida, North Carolina, and North Dakota would have allowed drivers to hit protesters with cars without criminal repercussions.

Corporations like Energy Transfer Partners — the company behind the Dakota Access pipeline — and industry groups like the American Legislative Exchange Council are encouraging these bills. Not surprisingly, the efforts have gotten the most traction in states key to oil and gas interests.

Proponents of these bills are using “protection” of critical infrastructure as a guise for these First Amendment attacks. That framing completely ignores the many laws already on the books addressing those concerns, from trespass to property damage. Indeed, protesters are already being arrested under those laws across the country.

Legislation is not the only tool the oil and gas industry is deploying in its effort to silence opposition. Six months ago, Energy Transfer Partners filed a $900 million dollar lawsuit against several environmental groups, including Greenpeace, alleging that a “criminal enterprise” was put in place to stop the pipeline project.

Similarly, 84 members of Congress sent a bipartisan letter to the Department of Justice earlier this fall, asking officials to prosecute pipeline activists as “terrorists” — a troubling policy that resembles the one being lobbied for at a federal level by the American Petroleum Institute.

Corporations are already abusing existing laws to silence dissent and shut the public out of decision-making. Now, lawmakers are trying to give corporate interests even more tools to punish people for speaking up for their families and communities. That is an attack on democracy — one our organizations will continue to resist.

This piece was originally published on March 2 by The Hill.