Despite the Efforts of Anti-LGBTQ Extremists, ‘Drag Queen Story Time’ Will Go On 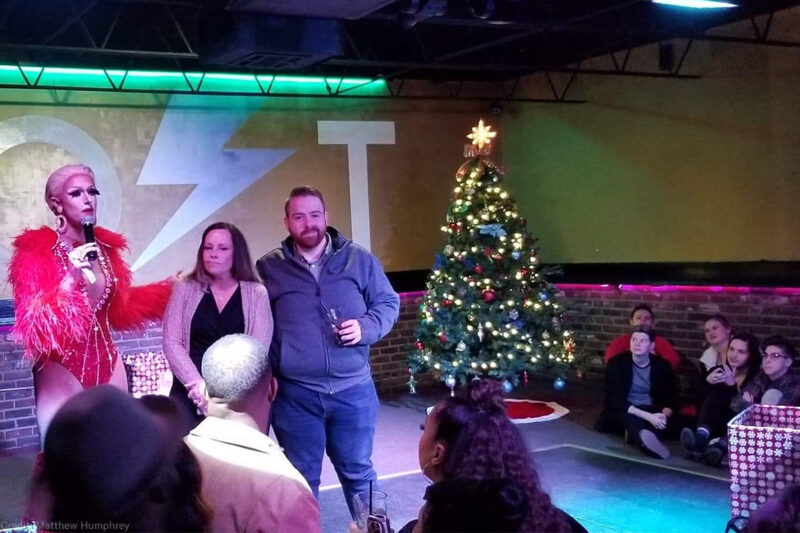 Last week, in response to a lawsuit filed by the ACLU of Louisiana, the Lafayette Public Library agreed to lift its unconstitutional ban on patrons organizing events called Drag Queen Story Time.

This was welcome news for our clients, the LGBTQ community, and everyone in Lafayette who will once again be able to use library space without being unfairly interrogated or censored by library officials.

Drag Queen Story Time was designed by Lafayette residents to give young people diverse, positive role models and to combat harmful gender stereotypes. The goal of the program was to provide children with constructive lessons in inclusion and diversity, while also having a positive impact on literacy.

But when Matthew Humphrey and other Lafayette residents tried to organize the event at the Lafayette Public Library, they were stymied by library officials who refused to allow them to use the space for any event related to Drag Queen Story Time. All residents who wanted to use a meeting room for any purpose were made to sign a form disavowing any affiliation with Drag Queen Story Time and promising not to use the space for that purpose. The form also threatened residents that they could be sued if they used the library for that purpose.

The new library policy stemmed from a frivolous lawsuit filed by an anti-LGBTQ group called Warriors for Christ, which was trying to block the library from hosting Drag Queen Story Time. The library’s response to the lawsuit was not only to hold off on any official sponsorship of the event, but to prohibit their patrons from doing so as well.

Last month, the ACLU of Louisiana filed suit, challenging the ban on Drag Queen Story Time as a violation of the First Amendment right to free speech. As we explained in our suit, it’s a fundamental principle of our democracy that the government can’t discriminate against people — or silence them — based on the content of their speech. By banning people from using public library meeting rooms for the purpose of organizing a Drag Queen Story Time, library officials were engaging in targeted, viewpoint-based discrimination in violation of the First Amendment.

Adding insult to injury, library officials allowed extremists to usurp the public library to advance their intolerant agenda. The Warriors for Christ argued in their court filings that allowing Drag Queen Story Time would mean “endorsing transgenderism” as a religious ideology and “relegating Christians to second class citizens.” As their suit was being litigated, the library reached an agreement with the court to “stand down” on planning the event, and introduced the form requiring library patrons to disassociate themselves from Drag Queen Story Time.

These baseless and offensive claims would be laughable if they didn’t inflict such real harm on society and on the rights of vulnerable kids and communities in desperate need of acceptance and support.

The Constitution protects all people’s right to practice whatever religion they wish, or none at all. If the Warriors for Christ wanted to organize a meeting to denounce libraries and books, we would defend their right to do so. However, contrary to the Warriors for Christ’s rhetoric, gender identity is not a religion and we won’t let them use the legal system to advance their radical brand of intolerance.

But what the Constitution does not give the “Warriors” the right to do is discriminate against, harm, or silence people on the basis of their gender identity or sexual orientation. Nor does it give them the right to banish LGBTQ people from public spaces, as we’ve seen in attempts to do here in Louisiana and across the country.

Last week, it seemed that the library realized the unconstitutionality of their actions and agreed to stop using the form. This was a big victory for the LGBTQ community.

The Lafayette library and parish have an obligation to protect the rights of everyone they serve. Drag Queen Story Time is a show that must go on. Thankfully, it seems as though the Lafayette Public Library finally recognized that.