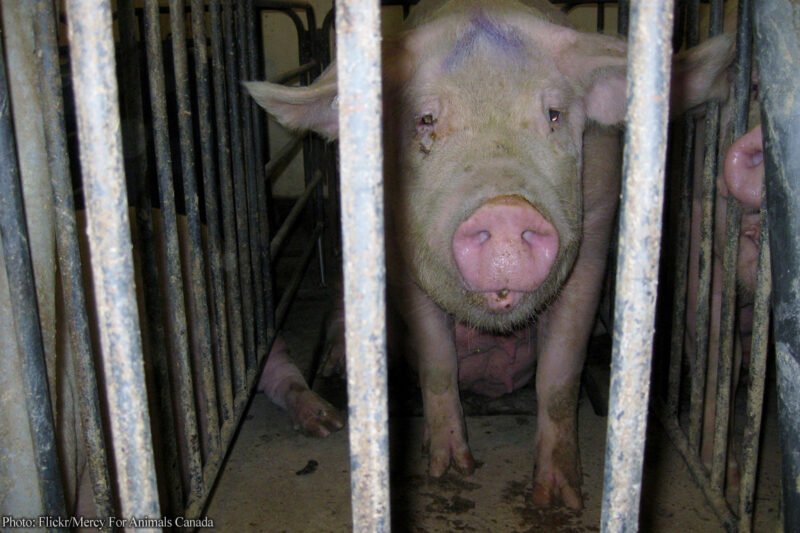 Today the ACLU of Idaho will be participating in a court argument that is crucial for the future of corporate whistleblowers’ rights and their ability to photograph wrongdoing. The argument, before the federal 9th Circuit Court of Appeals in Seattle, is to consider the constitutionality of a so-called “Ag-Gag” law enacted in 2014 by the state of Idaho.

The other day I spoke with ACLU of Idaho Legal Director Richard Eppink, and he explained what’s at stake:

A number of states have passed these “Ag Gag laws.” Idaho’s version makes it a crime to use a misrepresentation to gain access to, or employment at, an “agricultural production facility”—places like factory farms and slaugterhouses, but also encompassing a bunch of other places by the way they define this. It’s aimed primarily at journalists and undercover investigators.

Idaho’s Ag Gag statute also makes it a crime to take video or audio recordings in these places without the owner’s permission. So, workers who want to document unsafe working conditions, investigators who want to document animal cruelty, people who are just visiting a farm and want to document what they see—anything like that would be punishable in Idaho by up to a year in jail. And you’d have to pay twice the “damages” that were caused to the agricultural production facility as a result of your recording. This is specifically targeted at organizations like Mercy for Animals and the Animal Legal Defense Fund, which have exposed animal cruelty and put it on the Internet.

Eppink told me that the ACLU of Idaho lobbied against this law when it was in the legislature in 2014. They were joined by a wide spectrum of allies, including animal rights and welfare organizations, labor unions, and reporters’ groups. Also opposing the law were immigrant rights groups; in Idaho, as in most places, a lot of the agricultural work is done by immigrants, many of them undocumented, who are exposed to some of the most dangerous working conditions. This law would prevent them from being able document those conditions.

Nevertheless, the Idaho legislature passed, and the governor signed, the law. Aftewards, Eppink told me,

the Animal Legal Defense Fund contacted us to see if we’d be interested in joining them in a lawsuit, which we decided to do. It’s a facial challenge to the law both on First Amendment speech grounds and equal protection grounds, and has a diverse group of plaintiffs from the same groups that lobbied against the bill.

We won the first round when the federal district court struck the law down on both speech and equal protection grounds. The state appealed to the 9th Circuit, and now we’re defending that victory on appeal. Justin Marceau, a Denver law professor who works with the Animal Legal Defense Fund, will be arguing in Seattle on Friday and I will be there with him.

I asked Eppink: what about the argument that. while Americans have a First Amendment right to take photographs of things in plain view in public spaces, it’s also true that (as we describe in our Know Your Rights guide for photographers) private property owners have the right to set rules about the taking of photos and videos on their property? His response:

Certainly all of us have a right to control what happens on our private property. But remember that we’re not talking about the privacy of the home here—we’re talking about a heavily regulated industry that affects all of us: food production. And most of us don’t have the state government coming in and jailing people and making them pay twice the business loss caused by bad publicity from release of a video of behaviors the public finds abhorrent. In the past we’ve always left damage settlements to private disputes between individuals. Certainly I can call the police if somebody is trespassing, but it’s another thing entirely to add criminal penalties when property owners say “Not only were they trespassing, officer, but they took a video that I don’t like!”

Overall this argument is significant for us all because it has implications that go far beyond agriculture. As Eppink put it:

This law strikes at the core assumption that I think many of us had up to this point, which is that undercover journalists—people like Upton Sinclair who wrote The Jungle—have been serving an important role in exposing to the public what’s happening in their food production systems and other industries that we enjoy the benefits of.

And all of us working against this law understand that agriculture is being used as the test case for this type of law, and that if it succeeds in withstanding constitutional challenge, and the courts say “yes you can criminally punish anyone for taking video,” then we’ll almost certainly see this law spread to other industries like mining and even banking.

In other words, the risk is that we’ll set up a society where businesses and corporations can have cameras on us everywhere we go, but we can’t document what’s happening in these places. It will be the property owners who by and large have the power of the camera to present their side of the story using video without the rest of us being able to present ours.

The 9th Circuit is expected to hand down its ruling later this year.