The First Amendment Applies to Foreign Service Officers, Too 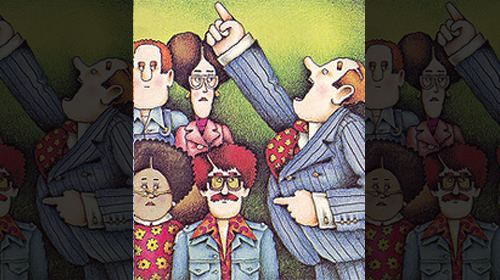 Mr. Van Buren is a 23-year veteran of the State Department’s Foreign Service. He has worked all over the world, including Taiwan, Korea and Hong Kong, and has received numerous awards for his service. In 2009-2010, he led a Provincial Reconstruction Team in Iraq. When he returned to the U.S., Mr. Van Buren became a vocal critic of the reconstruction, writing an unflattering book about the waste he witnessed and authoring several pieces for major news outlets. He also began a personal blog covering the reconstruction and other public issues.

Now the State Department has proposed firing Mr. Van Buren under the guise of a procedural rule, creating the strong appearance of unlawful retaliation. Government employees have the First Amendment right to speak as private citizens on matters of public concern. There’s no question that the subject of Mr. Van Buren’s book, blog posts, and news articles — the reconstruction effort in Iraq — is such a matter. And, government employees are often in the best position to know what ails the agencies that they work for.

Mr. Van Buren has a constitutional right to speak about issues of which he has expert knowledge, and the public has a right to hear from him. We hope the State Department will reconsider its unconstitutional plan to punish him.