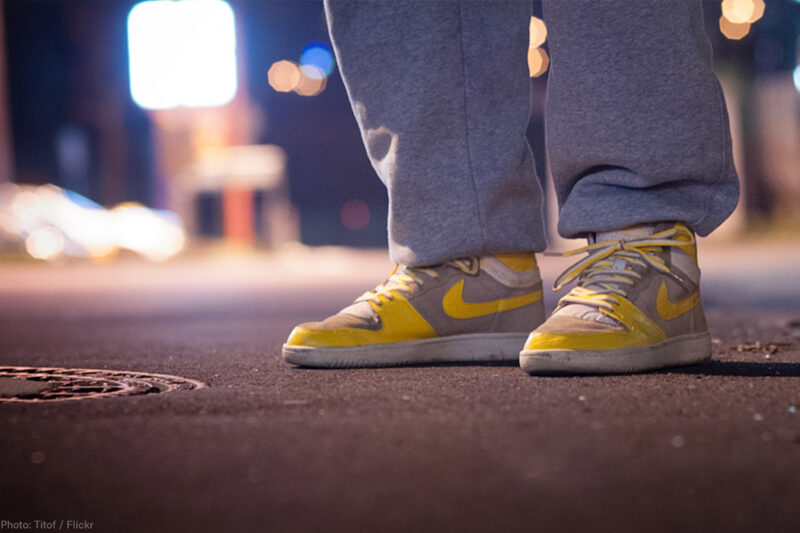 In response to the Nike ad campaign featuring NFL player and activist Colin Kaepernick, some state and local government officials in Mississippi, Rhode Island, and Louisiana have sought to discourage or prohibit the purchase of Nike products in various ways.

While everyone is entitled to have their own opinion about the ads — including public officials — government efforts to boycott a company based on hostility to its political expression violate the First Amendment. That’s because one of the most fundamental precepts of the First Amendment is that the government can’t act to suppress one side of a public debate.

In 2016, Kaepernick famously kneeled during the national anthem to protest police violence against minority communities, provoking vigorous debate about the relationship between protest and patriotism, the place of politics in sports, and free speech in the workplace. In the ads, Nike asks people to “Believe in something, even if it means sacrificing everything.”

Kaepernick has indeed sacrificed enormously for his beliefs, as his protests effectively brought an end to his NFL career. Although Kaepernick and his allies have repeatedly made it clear that their grievances are directed at systemic racism, some politicians — including President Trump — have insisted that the protest is disrespectful to police and military personnel.

Regardless of what officials may think about the protests, the First Amendment prohibits government from discriminating against individuals and organizations based on the content of their speech and the viewpoints they express. The attempts to punish Nike in Rhode Island, Mississippi, and Louisiana all violate the spirit of the First Amendment, although the specifics of each situation are different.

This week in Rhode Island, the North Smithfield Town Council passed a resolution “Requesting the School Committee and all Municipal Departments to Refrain from Purchasing Nike Products.” Town Council President John Beauregard, a former state trooper, stated that he introduced it because of the “disrespect” and “negative comments that Colin Kaepernick has shown toward police officers.” The ACLU of Rhode Island sent a letter to the council warning that if “municipal agencies decide to take action consistent with the resolution, the Town and its taxpayers will face both legal and financial liability for violating the First Amendment.” Beauregard backed down, saying that he would withdraw the resolution in response to the negative feedback he had received.

In Mississippi last weekend, the head of the state police said that his department would no longer purchase Nike products, saying that he “will not support vendors who do not support law enforcement and the military.”

The ACLU of Mississippi criticized the move, explaining, “Whatever you may think about Nike or Colin Kaepernick, political protests are a legitimate form of non-violent speech, and are protected by the First Amendment. When Kaepernick took a knee, it was not in opposition to law enforcement or the military nor was it disrespectful to this country. It was in protest of the pervasive racial injustice that still remains in our country.”

Mississippi Gov. Phil Bryant supported his Department of Public Safety commissioner, saying, “He has a right to determine what vendors DPS does business with, and it’s not going to be with a company that pays an individual who has slandered our fine men and women in law enforcement.”

Actually, the government does not have the right to retaliate against a government contractor based solely on hostility to the contractor’s political speech. In both of these cases, the government was wrong to impose ideological litmus tests on its contractors and vendors.

In Louisiana last week, the mayor of Kenner, E. “Ben” Zahn III, issued a policy prohibiting private booster clubs using city facilities from buying or using Nike products. The ACLU of Louisiana warned Zahn in a letter that his actions violated the First Amendment and advised him to rescind the policy immediately, which he did. This situation is somewhat different than the first two, because it also affects private booster clubs. The government cannot stop individuals or groups from patronizing a certain business simply because officials don’t like that company’s political views.

The officials in Louisiana and Rhode Island did the right thing and Mississippi should follow suit. The ACLU will continue monitoring the situation to see if the First Amendment is violated. In the meantime, we encourage other local government officials contemplating similar bans to take heed of the First Amendment before trying to use their offices to impose their views on others.