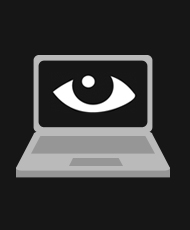 The Stop Online Piracy Act’s lack of narrowly tailored language could lead to the restriction of non-infringing online content.

The odds were stacked from the beginning at Wednesday’s House Judiciary Committee’s hearing on the Stop Online Piracy Act. Six witnesses were slated to testify and only one, Katherine Oyama, policy counsel for Google, was there to testify against the bill. The packed hearing lasted just over three hours, and most of that time was spent ganging up on Google and other opponents of the bill, with many members of the committee claiming that critics’ concerns over the bill are unfounded.

Google, like the ACLU, supports the committee’s goal to reduce the infringement of copyrighted material online. However, it also shares our concern that the lack of narrowly tailored language could lead to the restriction of non-infringing online content. In his opening statement, Ranking Member John Conyers, Jr. (D-Mich.) directly addressed our First Amendment concerns, saying our statement needed to be taken seriously.

Unfortunately, seconds later he dismissed our claim, citing a letter written to the committee by famed First Amendment attorney Floyd Abrams. While Abrams does state that SOPA “is consistent with the First Amendment,” he later concedes that “court-approved remedies under the Stop Online Piracy Act may result in the blockage or disruption of some protected speech.”

When members of the committee were given a chance to question the witnesses, the questions were few and far between for those who spoke out in support of SOPA. This left only one witness to take the brunt of interrogation. Despite the fact that several of the witnesses pointed out parts of the bill that needed worked, Ms. Oyama was left to point out the critical flaws with the legislation. Like other critics of the bill, Google believes that the scope of the bill is too broad and the threat that it poses to law-abiding citizens’ freedom of speech is one we simply cannot ignore.

It wasn’t until Reps. Zoe Lofgren (D-Calif.) and Darrell Issa (R-Calif.) had an opportunity to question the witnesses that opponents of the bill received a break. Lofgren said that the panel of witnesses was lopsided, and at the very least they should have included a tech engineer. She also said that it was wrong of the Committee to so easily dismiss critics of the bill, especially because they came from a diverse background from human rights groups to venture capitalists and civil liberties groups like the ACLU. Issa also felt that there would be many unintended consequences and submitted additional statements from opponents of the bill, including a recent speech from Vice President Joe Biden.

One critic of SOPA recently said the bill “isn’t even throwing the baby out with the bathwater. This is bludgeoning the baby repeatedly with a sledgehammer and then throwing out the whole bathroom.”

While we might not go that far in our criticism of SOPA, it is undeniable that this bill raises serious concerns when it comes to the removal of non-infringing content from the internet. Show Congress we are not alone in our concerns and tell them to oppose the Stop Online Piracy Act.