How to Protest in a Pandemic 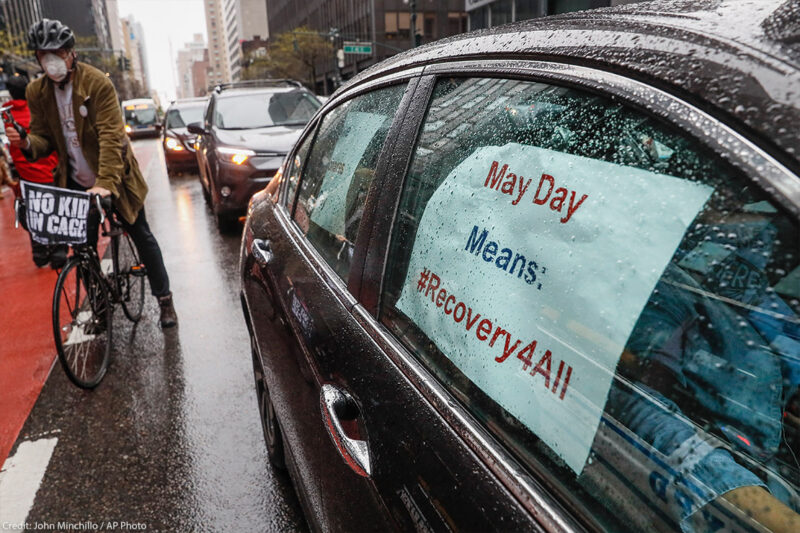 Physical distancing measures have presented challenges, but people have found some creative ways to make sure their voices are heard.

For centuries, Americans have taken to the streets when they’ve had grievances to share. We’ve taken to the streets to make our voices heard, to effect change, and to feel and display the power and solidarity of mass gatherings. But with physical distancing and shelter in place orders prevalent throughout the U.S. and the world, how do we responsibly exercise our First Amendment right to protest, which remains as essential as ever?

Undoubtedly, there is a medical imperative to keep ourselves and our neighbors safe, and our hospitals from becoming overwhelmed. At the same time, public debate about urgent political questions — from construction of the Keystone XL pipeline and southern border wall to when and how to reopen the country — remains more vital than ever.

Current physical distancing measures have presented challenges, but people have found some creative ways to make sure their voices are heard. Here are just a few examples:

In Montana, construction of the controversial Keystone XL oil pipeline has begun in earnest after it was declared “essential” by the governor, but public gatherings are prohibited. Community members have long argued that the pipeline will degrade the land and water, and that “man camps” for pipeline workers are a threat to indigenous communities. So, a small group of people — in accordance with the state’s ban on gatherings of more than 10 people — from the Fort Peck Assiniboine and Sioux Reservation gathered for a prayer circle, holding a length of traditional sinew to symbolize their physical distancing while maintaining their social cohesion. Their ribbon skirts and resolve, set against the Big Sky, inspire us to continue to protect the environment and indigenous communities.

Water protectors are being forced to risk their health in order to exercise their right to protest because the pipeline construction has been deemed an essential service. 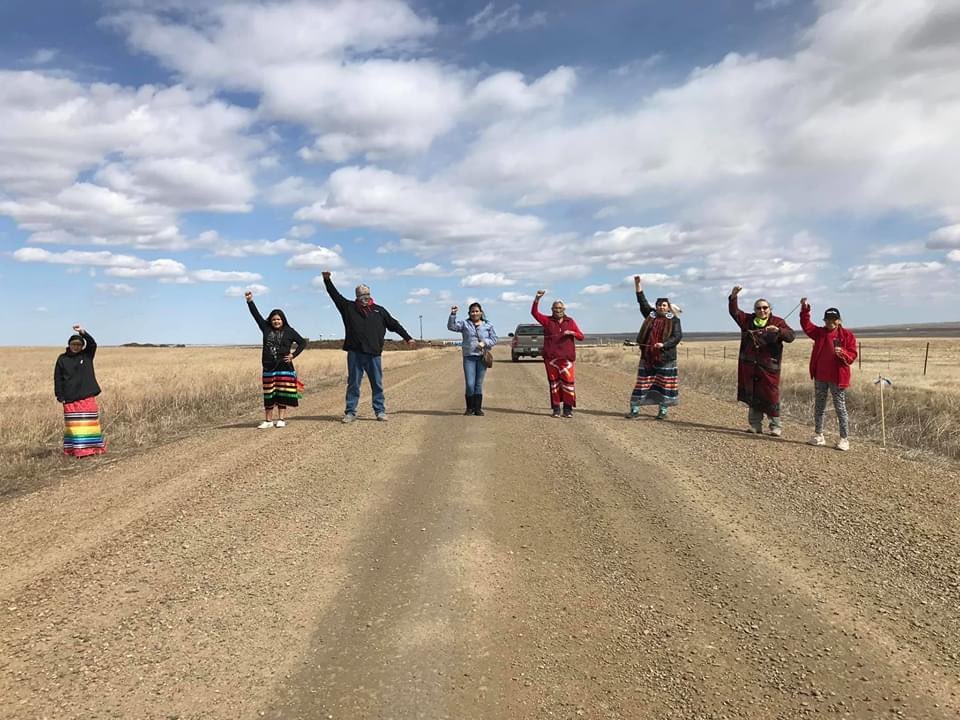 University of California graduate student activists have been mobilized around cost-of-living adjustments (COLA) for months, demonstrating at public events and even going on grading strike on several campuses. Ph.D. candidates tend to have very little income, and students and their families depend on campus resources — many of which are now shut down — to survive. With classes moving online and campuses largely shut down, student activists have shifted their movement online, too, with www.strikeuniversity.org, an innovative platform for sharing their concerns with decision-makers and garnering public support.

Drive-by protests have been used by a variety of movements. While being in a car does not necessarily alleviate all health-related concerns and the degree to which such protests can be safely done may vary, this tactic has the advantage of looking in many ways like a traditional street protest. Officials from Indiana to Los Angeles to Puerto Rico cannot ignore the masses gathered outside their offices.

Car Protest now in front of Portland City Hall, demanding prisoners be released to protect them and workers from COVID-19 #LiveOnK2 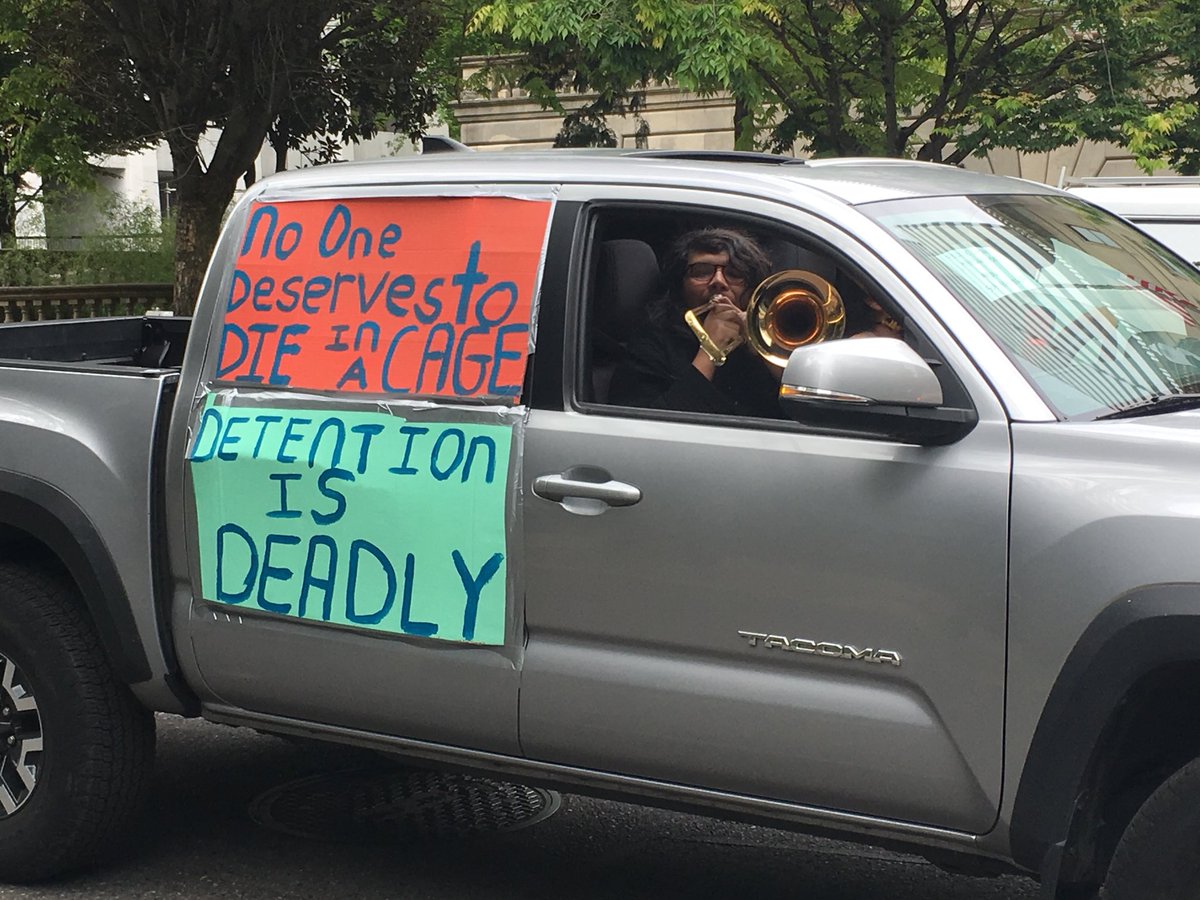 Joe English
@JoeEnglishKATU
1 May, 2020
To prevent tracking by Twitter, we are showing a preview. See original tweet.

Individual spending choices can also be a form of public protest. We have seen people speak out with their wallets in a variety of ways: donating to pandemic relief efforts, giving to friends and neighbors in need, and patronizing local and responsible businesses. In these small ways, we can show what we value and provide assistance to the millions who’ve lost their livelihoods, even as we demand that our government strengthen its safety net. Essential workers, many of whom are often people of color, have made their needs known, and many are joining together to help.

Vote and Be Counted

Voting and filling out the 2020 census are two more ways that people are making their voices heard, and should be possible without risking one’s health. Advocates are working tirelessly to ensure that election processes are as accessible as possible, while also reminding people that everyone can and should fill out the census, because the national headcount will have important implications far beyond the current crisis.

Windows to the World

During the pandemic, windows have become a key forum for expression. In New York City, we scream and clap at 7 p.m. every day to show our appreciation for essential workers. People confined to their homes are also displaying signs of solidarity and beauty with passersby, and people in detention have written pleas for help on their windows. And powerful curbside messages have also been sent using walls and sidewalks.

Due to coronavirus precaution, Bob Shellard isn't allowed to visit his wife in her Connecticut nursing home. So he stood outside her window and held up a sign that said "I've loved you 67 years and still do. Happy Anniversary." 4.nbcny.com/nEX9Y2K 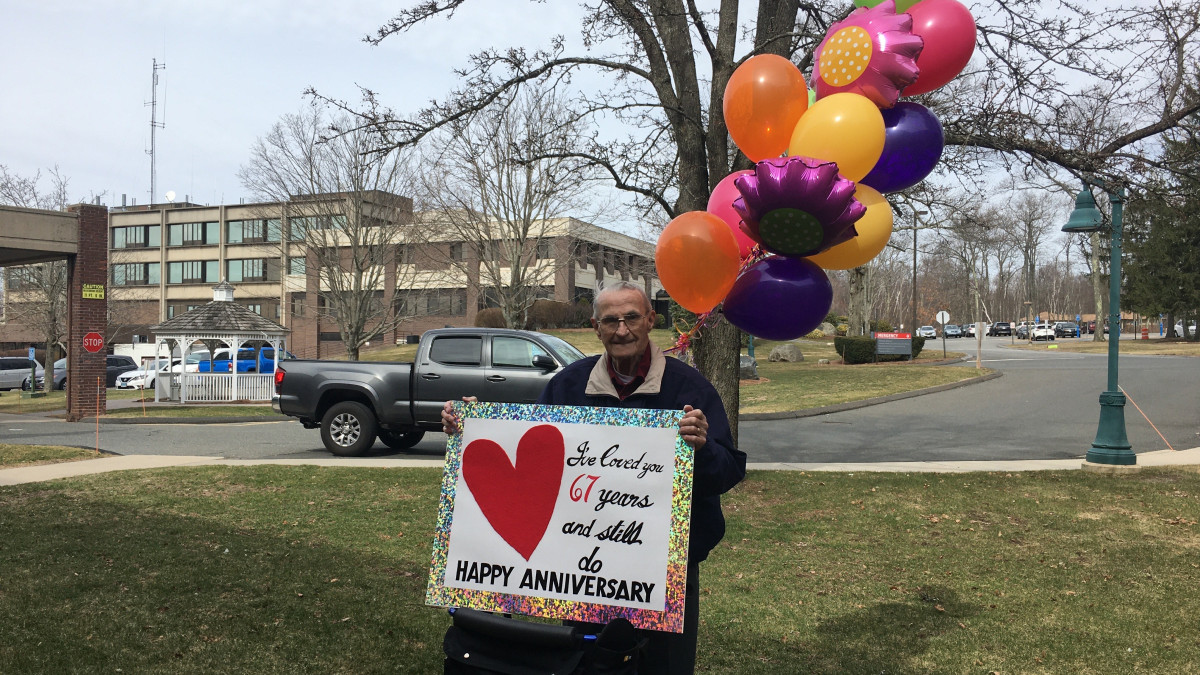 The future of in-person protests remains uncertain, because even as lockdown measures are lifted in the coming weeks and months, physical distancing and bans on large gatherings are likely to persist. We may need to rely on creative means to protest for some time, but we must remain vigilant to ensure that any safety measures governments put in place are temporary and do not outlive their necessity.

History has taught us that people in power have strong incentives to use crises to consolidate power and silence dissent. It is often Black and Brown communities and the most vulnerable who bear the brunt of medical emergencies, as well as law enforcement efforts to implement restrictions on public life.

So, speak out, act up, and exercise your First Amendment right to protest. But be responsible, stay safe, wash your hands, and don’t risk your health and the health of your communities.

We’ll see you back in the streets just as soon as it’s safe to be there.