It’s No Trick — These Virginia Cities Are Criminalizing Halloween 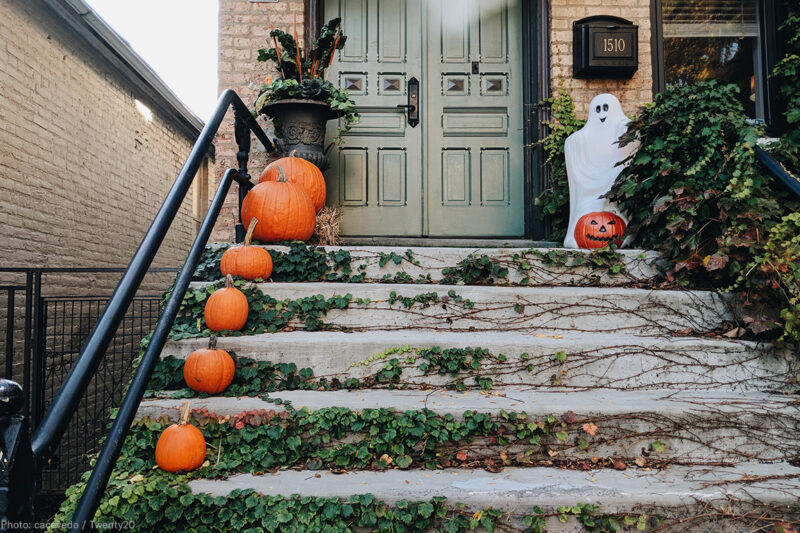 Editor’s Note: This post was last updated in October 2019.

Up until March of this year, trick-or-treaters in Chesapeake, Va., who were over 12 years old could be punished with up six months in jail, a fine of no more than $100, or both. Despite facing national public criticism for its ghoulish policy, the Chesapeake City Council only modestly amended the statute’s applicable age and penalty.

This year in Chesapeake, trick-or-treaters who are “over the age of 14 . . . shall be guilty of a Class 4 misdemeanor,” which carries a fine of up to $250. Although the ordinance permits “any parent, guardian, or other responsible person . . . from accompanying said child,” no one is permitted to trick-or-treat after 8 p.m. or they, too, “shall be guilty of a Class 4 misdemeanor.” That is a punishment not even a skeleton would find humorous.

Although the new ordinance eliminates the possibility of jail time, the amendments made by the council still criminalize trick-or-treating. Rather than enjoying the holiday, a 15-year old who asks for candy or a family trick-or-treating at 8:05 p.m. must worry about being in violation of this provision. Although a fine may not sound spooktacularly serious, the gravity of the punishment is not aligned with the conduct. Trick-or-treating violations in Chesapeake are now punished the same way as public intoxication (Sec. 46-157), public urination or defecation (Sec. 46-20), or interference with a police dog (Sec. 46-211). That’s un-boo-lievable.

Unfortunately, this batty practice also exists in several other Virginia cities. Hampton, Newport News, Norfolk, Suffolk, Virginia Beach punishes trick-or-treating for children over age 12 and for any person after 8 p.m. as a Class 4 misdemeanor. In Portsmouth, the same conduct is a Class 3 misdemeanor, punishable by up to a $500 fine.

These ordinances make no sense

These ordinances unnecessarily criminalize behavior and impose penalties that are grossly excessive. They are overly broad and impose arbitrary limitations that are not demonstrably connected to public safety. There is a significant risk that these policies will not be enforced consistently, disproportionately impacting children and people of color and persons with developmental disabilities. Moreover, it is foreseeable these provisions could be used to justify police stops, using reasonable suspicion of an ordinance violation as a pretense. Each police stop or citation could result in serious financial and immigration consequences, in addition to the criminal ramifications imposed.

Reasonable policies that do not unduly burden the movement and expression of each person should be more than wishful thinking. Laws that unnecessarily restrict an individual’s communication and social engagement are antithetical to the First Amendment because they interfere with an individual’s right to freely communicate without fear of retaliation, censorship, or sanction. Restrictions imposed upon protected speech must be reasonable in time, place, as well as “narrowly tailored to serve a significant governmental interest.” Such laws must also be content-neutral, without “distinguish[ing] between favored and disfavored solicitation… regardless of the solicitor’s purpose or the content of the solicitor’s speech.” Local ordinances that prohibit trick-or-treating, or soliciting, on Halloween would not likely pass muster under this rigorous constitutional standard. Yet, residents either remain unaware of potential criminal sanctions or celebrate Halloween in fear of punishment.

Laws restricting trick-or-treating do not provide the community additional protection against dangerous or mischievous conduct, like trying to mummify a house with toilet paper or smashing decorative holiday pumpkins. This bad behavior is already punishable under other laws — such as ordinances forbidding the destruction of property or disrupting the public peace — without respect to time or age. Trick-or-treating ordinances of which most are unaware are unlikely to restrict any troublesome behavior that is not already prohibited. If these ordinances require such extensive public explanation without providing additional safety benefits, repealing these provisions is more effective than nonenforcement.

These provisions are no fun

These ghoulish limitations are too scary, even for Halloween. They also impose a severe limitation on a cherished tradition for many kids and families. Imagining all the little superheroes, vampires, princesses, pirates, and other trick-or-treaters who do not have enough candy in their bucket at 8 p.m. is simply terrifying. In other words, the only thing a 13-year-old trick-or-treater should fear is a stomach ache at bedtime — not jail.